The duo won both the Saudi Arabia and Senegal events so far held in the inaugural season of the all-electric SUV off-road racing championship, but their effort in Greenland was compromised by a morning qualifying run dogged by problems.

Kristoffersson’s opening lap, during which he held a 10s lead, was dashed by three car stoppages in quick succession that required full resets.

He then handed over to Taylor with a 1m04s deficit and the 2016 Australian Rally champion soon rolled the car but was able to carry on when the Odyssey 21 landed on its wheels.

The problems endured by Kristoffersson arrived after similar issues in Friday practice, when he was told that a car stoppage was a result of him “braking too hard”.

Explaining the series of issues to Autosport, the three-time World Rallycross champion said: “The car yesterday just stopped on the braking. Just shut off.

“Then today, there was not even any big bumps but on the landings of the three bumps, the car switched off. I had to reset, do a power cycle.

“I know the explanation we got yesterday. They said I was braking too hard.

“I'm not convinced that we know if it's going to run or not, but we just cross our fingers.”

The continuing fault arrives despite power being wound down for first qualifying. 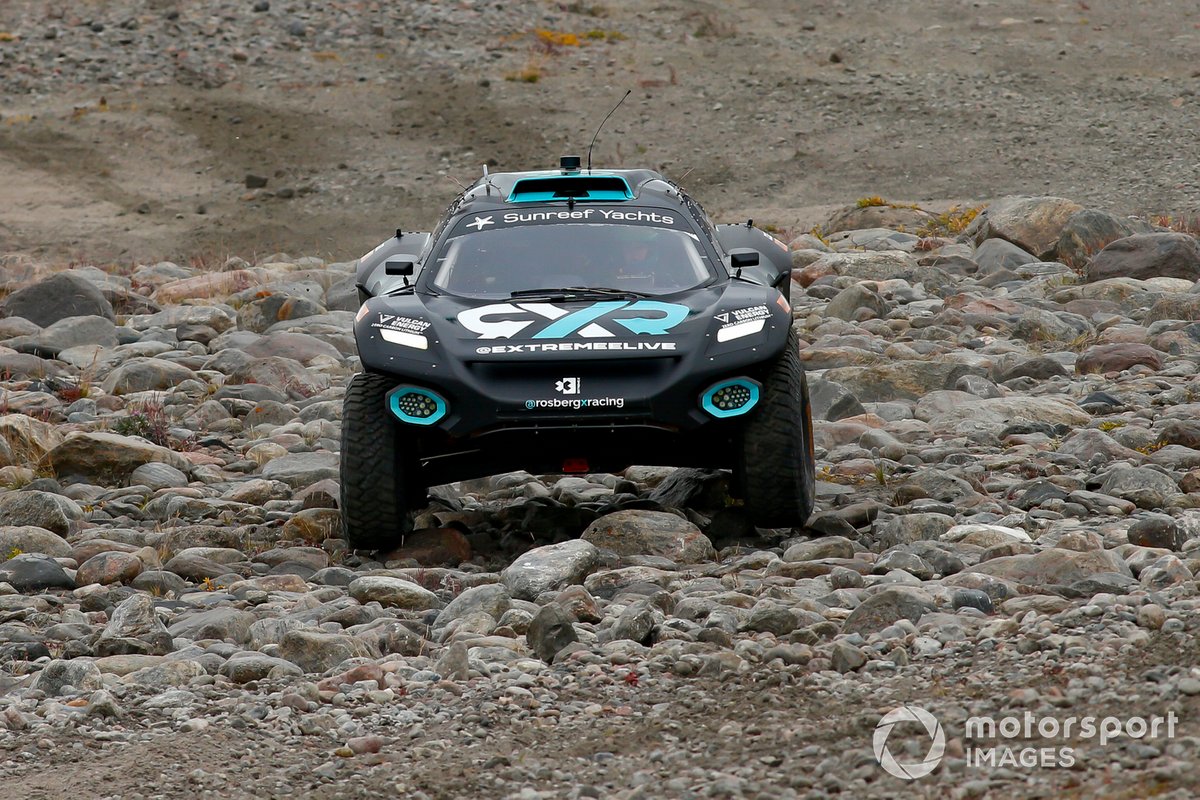 The stated 400kW capability was dialled back to 225kW for Saudi and Senegal amid the high temperatures, but the cooler Greenland conditions allowed a rise to 275kW.

After failures hit multiple teams in practice, the battery was wound down to 225kW again for first qualifying.

Autosport understands that the further complications mean this afternoon’s qualifying session will be dropped again to 200kW.

Kristoffersson continued: “It's just shame because there's so much effort for the team. They have done huge efforts to get here and to prepare the car.

“Also, everyone involved is not feeling great that it's not running as all of us would it like to.

“No one has any gain from the cars stopping on track from no issues really. No one benefits from it.”

Kristoffersson said he “had nothing to say” handing over to Taylor at the driver swap.

Taylor, recapping her roll, told Autosport: “The speed and the line was the same as Johan when you look at the data.

“It was a bit of a shock really, because I didn't see it coming. It hit really badly on the take off and then I was bit of a passenger at that point.

“But I had the feeling like it was going to roll all the way over, so I just got ready with the throttle just in case we were all good.”

Taylor completed a conservative lap to manage any damage so that the car could finish the run and not lose time between sessions being recovered.