Nico Rosberg says he is channelling a “Formula 1 approach” to bring success to his Rosberg X Racing team in Extreme E after the squad scored another victory in Senegal.

Drivers Molly Taylor and Johan Kristoffersson have now partnered to win both races in the short life of the all-electric SUV off-road racing championship.

They ran out as victors by 15s in a red-flagged finale following a first-corner collision with the X44 car owned by seven-time Formula 1 world champion Lewis Hamilton.

With Taylor having led at the close of the opening lap for the driver change over period during the stoppage, Kristoffersson comfortably fought off the Veloce Racing challenge led by W Series champion Jamie Chadwick.

But despite the handsome victory, Rosberg hyped up the difficulty for teams contesting Extreme E and reckoned he was attempting to establish a grand prix mentality.

He said: "It's so difficult because nobody understands the cars properly because you don't test them.

“You have to guess and figure things out.

“As a team, we're really trying to bring some Formula 1 approach to Extreme E.

“That's really helping us as a team to perform." 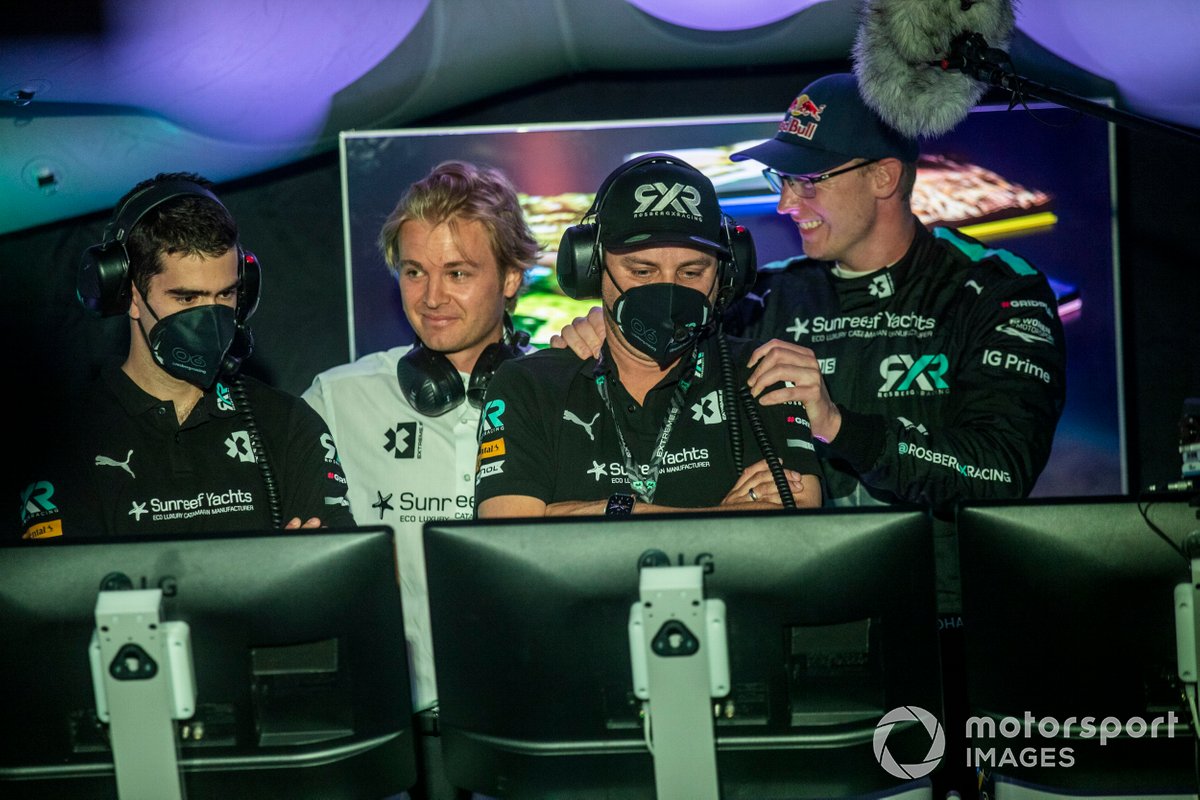 Nico Rosberg, founder and CEO, Rosberg X Racing, and the team in the Command Centre

The 2016 F1 title winner also reckoned he had learned not to intervene too much despite being considered as a comparatively hands-on team owner.

Ex-Mercedes driver Rosberg also said he had gained a newfound appreciation for his former boss Toto Wolff and had implied he wanted to take back some of his criticism levelled at the Austrian.

Rosberg said: "I like to be involved and support where I can. Of course, I have such a vast experience.

"I always have to be careful that I don't intervene too much. There's a fine line.

"But also, it's a new challenge for me because I've never been on this opposite side of the road.

"Now I look back and when I used to criticise Toto, now I'm like, ‘Oh, shit, OK , maybe I shouldn't criticise him’.

"It's actually quite difficult to be in that role. Also, in the way you interact with the drivers. It's hard to understand what the path is to be most supportive.

"But at the same time, it's very interesting."

Asked what it was like working with Rosberg, three-time World Rallycross champion Kristoffersson said: "I have to say that it's nice. I like to have discussions with Nico, bringing up all the ideas.

"He likes to be in the moment of competition as well. He's used to it. I think he also likes the position he is in now and he wants to be involved.

"It's always good to have someone to discuss different things with and so on."