The Chip Ganassi squad, supported at an Extreme E event for the first time by the team’s IndyCar managing director Mike Hull, inherited a bizarre victory in the first semi-final.

Within a few hundred metres, the American outfit was the only car running after Formula 1 world champion Hamilton’s X44 machine crashed into a tree after a collision with Andretti United.

For the first race of the weekend, top qualifier X44 lined up on the far left side of the grid with Cristina Gutierrez taking the start against Sara Price (CGR) and Timmy Hansen (AU).

Hansen made a blinding getaway from the far right but to avoid the unfavoured lane directly ahead, he veered to the left to move for the preferred shorter route to the first gate.

That took him across the front of the Chip Ganassi car, striking the front right with his rear-left corner before continuing across the track to career into the rear of the X44 machine.

The blow to the rear for Gutierrez pitched her into a patch of bush, which jolted her to the right and as she counter steered while under full throttle, she speered off into a rock and tree with the right-rear suspension reckoned to have already failed.

After a heavy impact for the Dakar Rally regular, who recently suffered a broken vertebrae on an event in Kazakhstan, she briefly attempted to rescue the car but then soon retired - prompting stern criticism of Hansen's move from Prodrive chairman David Richards. 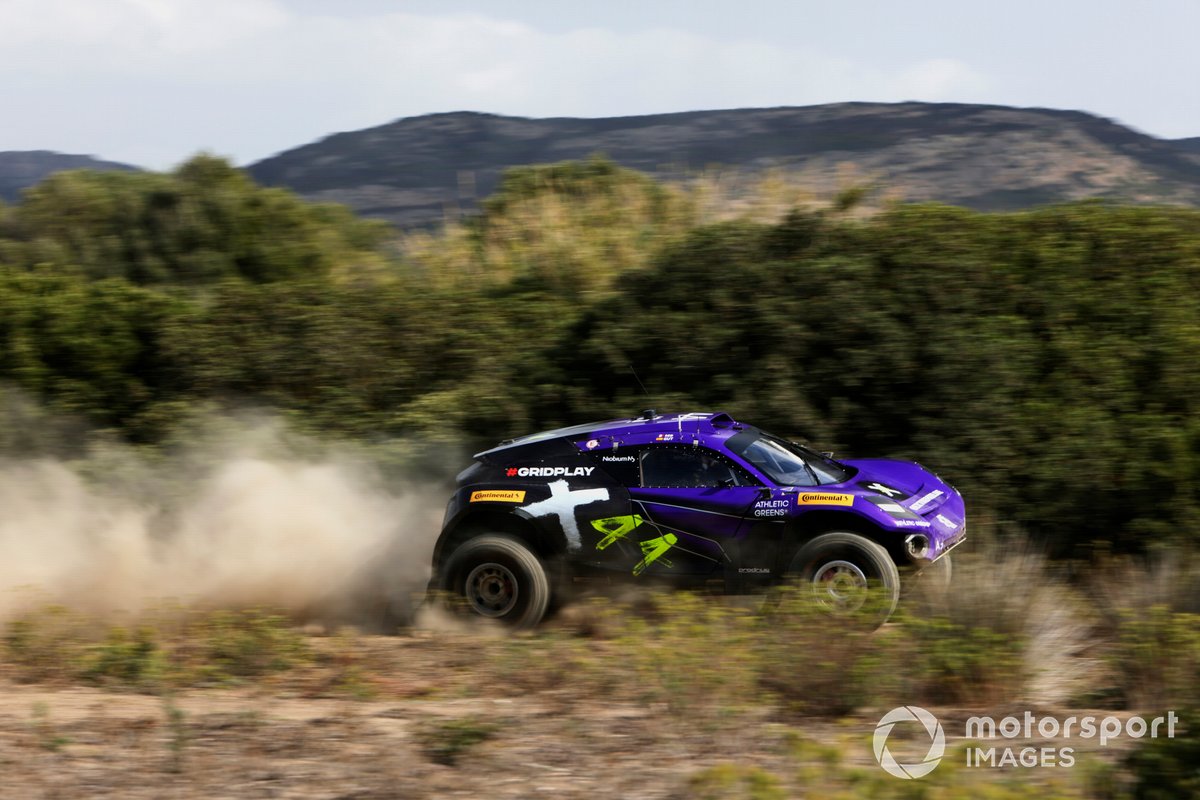 Hansen, meanwhile, had his own excursion through the undergrowth at a delay of around 12s before rejointing and continuing for another 100 yards and he then parked up with a broken track rod.

That left Price to cruise the Chip Ganassi car to the driver swap zone, with team-mate Kyle Leduc belting in at a leisurely pace and he duly converted the win with a smooth lap.

Hansen would eventually be found “wholly responsible” by the stewards for the collision with Gutierrez, leading Andretti United to be classified third and last in the heat.

That means Chip Ganassi will be joined in the five-car final by X44, should car repairs be completed in time.

The two squads will be joined by semi-final two winner Rosberg X Racing and the Abt Cupra entry following the latest power steering malady for the Acciona Sainz outfit.

Rosberg X Racing, which holds the championship lead over X44 by nine points, was a comfortable victor in the second race at the Teulada NATO base.

Three-time World Rallycross champion Johan Kristoffersson took the start for Nico Rosberg’s team, pulling away from the favoured left-hand lane for the shortest run to the first gate. 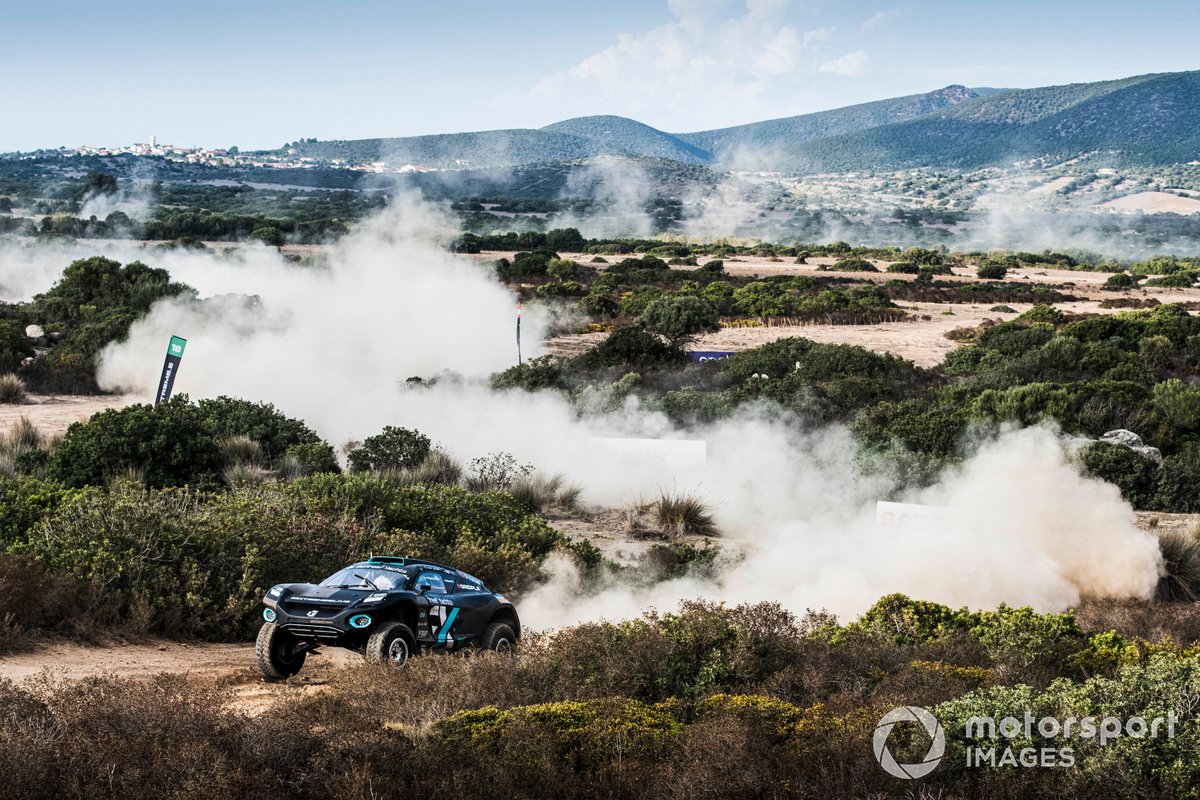 He careered over a patch of bushes to allow Mattias Ekstrom to nab second place for Abt Cupra, but the Spaniard fought back to chase after Kristoffersson.

However, the three-time Dakar Rally winner’s early excursion appeared to rear its head when the power steering soon after failed for Sainz, seemingly unprompted by any further impact.

Sainz slowed and pulled off the racing line to reduce the dust and ensure Ekstrom had clear sight lines as he passed into second place while Sainz continued at a reduced speed.

Meanwhile, Kristoffersson arrived with a clear 17s margin at the driver swap zone.

His team-mate and Australian rally champion Molly Taylor took the hot seat and stretched the the advantage to almost a minute and a half to complete a dominant victory over Jutta Kleinschmidt - in for Ekstrom.