But Taylor entered the driver changeover zone at 44km/h, receiving a 60s penalty to deny the team its chance of holding on to the lead, having delivered a strong run.

She handed over to Kristoffersson, with Loeb in the team’s grasp after he lost 6s to falling off-line in the opening run in AlUla on Saturday morning.

But the nine-time World Rally champion’s early mistake went unpunished thanks to Taylor’s reprimand, meaning Loeb and Guiterrez line up on pole for the opening semi-final. 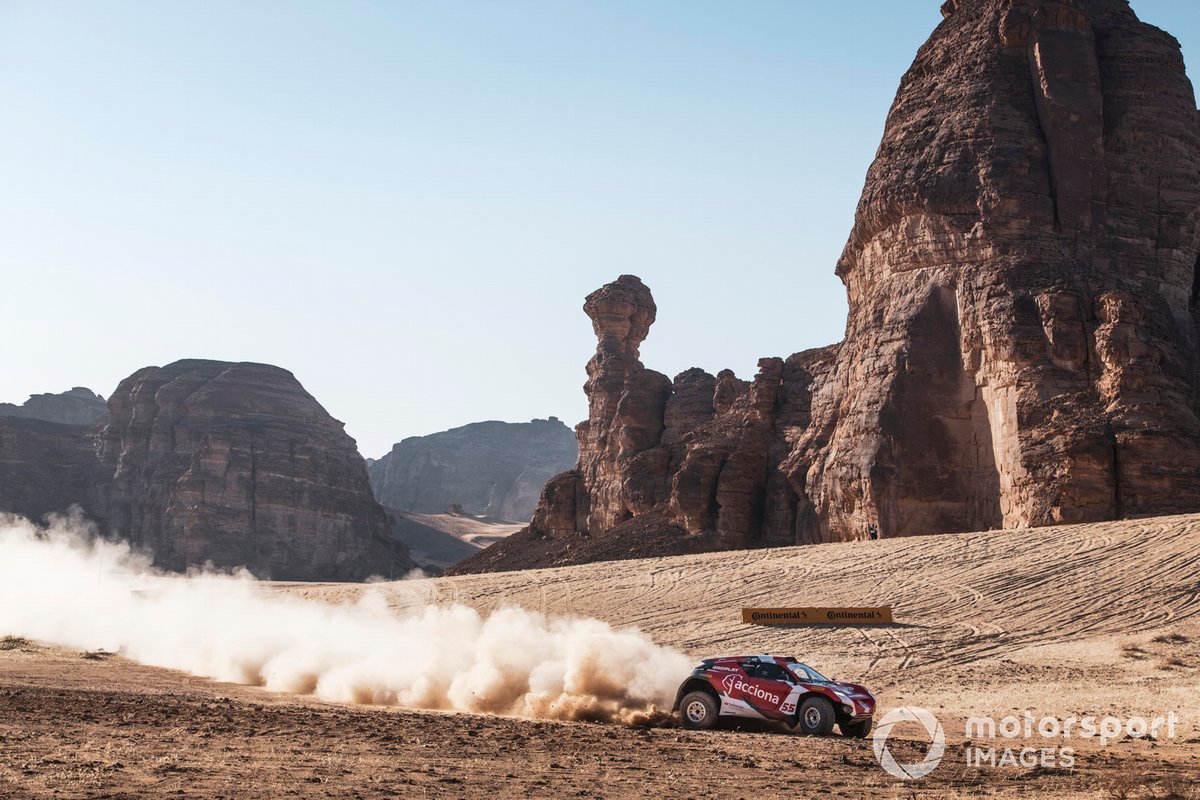 Carlos Sainz Sr delivered another flamboyant run in the second time trial after he took over the Acciona Sainz entry from Laia Sanz to land a combined second position.

Catie Munnings and 2019 World Rallycross champion Timmy Hansen, meanwhile, ended up fourth – behind RXR - having pipped JBXE to fourth in the provisional times by just 0.02s

However, team-mate Mikaela Ahlin-Kottulinsky entered the speed-limited driver change zone well in excess of the 30km/h limit to gain an enormous three-minute penalty.

She and Button then clocked a further 25s penalty for completing their swap under the 45s minimum time limit plus a further 0.5s was added for the advantage gained.

That dropped the pair from fifth down to a readjusted sixth.

Hispano Suiza felt the benefit of those penalties dished out. Driver pairing Oliver Bennett and Christine Giampaoli Zonca were comfortably the slowest in the afternoon.

However, the reprimands to JBXE and three non-starters shuffled the duo to fifth.

Chip Ganassi Racing opted to change the power steering pump on its car after a mid-run failure for drivers Kyle LeDuc and Sara Price in the morning. This followed a crash for LeDuc and a power-sapping battery issue for Price in the Friday shakedown.

CGR’s torrid time continued as they were not ready in time to enter the session and will line up seventh as a result.

Abt Cupra and Veloce Racing confirmed they would not participate in the afternoon time trial, with the latter withdrawing from the event altogether due to irreparable roll cage damage sustained after Stephane Sarrazin’s crash.

However, Abt Cupra could still return for the Sunday race to settle positions seventh and eighth with its roll cage and chassis reported to be intact. But that entry will become marginal if the team is forced to work into the night should a change of battery be required.