Extreme E to return to four-car finals in Senegal

Extreme E will return to a four-car final shootout as originally intended and award points to the fastest team through a specified sector as part of format changes for Senegal.

Excessive dust in the AlUla desert in Saudi Arabia meant the inaugural round in early April dispensed with qualifying heats in favour of single-entry time trials while the semi-final and final were capped at three-car grids.

But the more stable sand for the Ocean X-Prix in Lac Rose in Senegal next weekend has permitted the championship to return to its planned four-car final shootout.

The top two teams from both semi-finals will now be able to progress into the last race.

Due to the dust for the maiden event, battles for position were decided by the exit of the first corner and drew criticism from audiences. 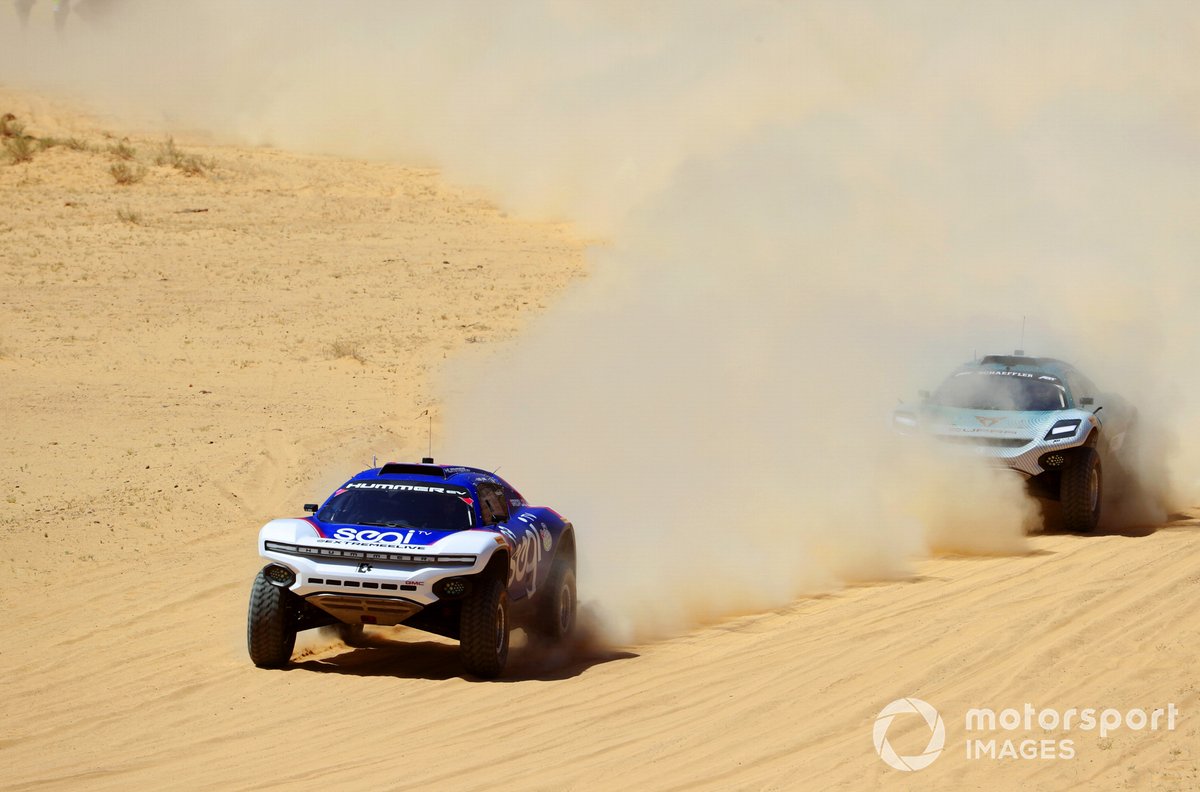 To avoid a tame remainder of each heat, now a designated part of the course will be set up as time trial.

The fastest driver through this loop will earn an additional five points for their team so that “whatever position the teams find themselves in there is always an incentive to push to the limit as points are up for grabs.”

Extreme E teams will also be allowed extra personnel on site for the remaining rounds in 2021 in response to the high workloads in Saudi Arabia exacerbated by heavy crashes.

In an effort to minimise environmental impact, for the Desert X-Prix in AlUla each of the nine teams were limited to eight crew members who could work on the car.

Two of the eight passes are allocated for the male and female driver pairing, while one engineer and five mechanics are permitted.

A CCTV camera in each tent monitors teams to ensure these limits are not broken.

But following talks with the teams, two more passes will be granted as of the Ocean X-Prix event in Senegal. 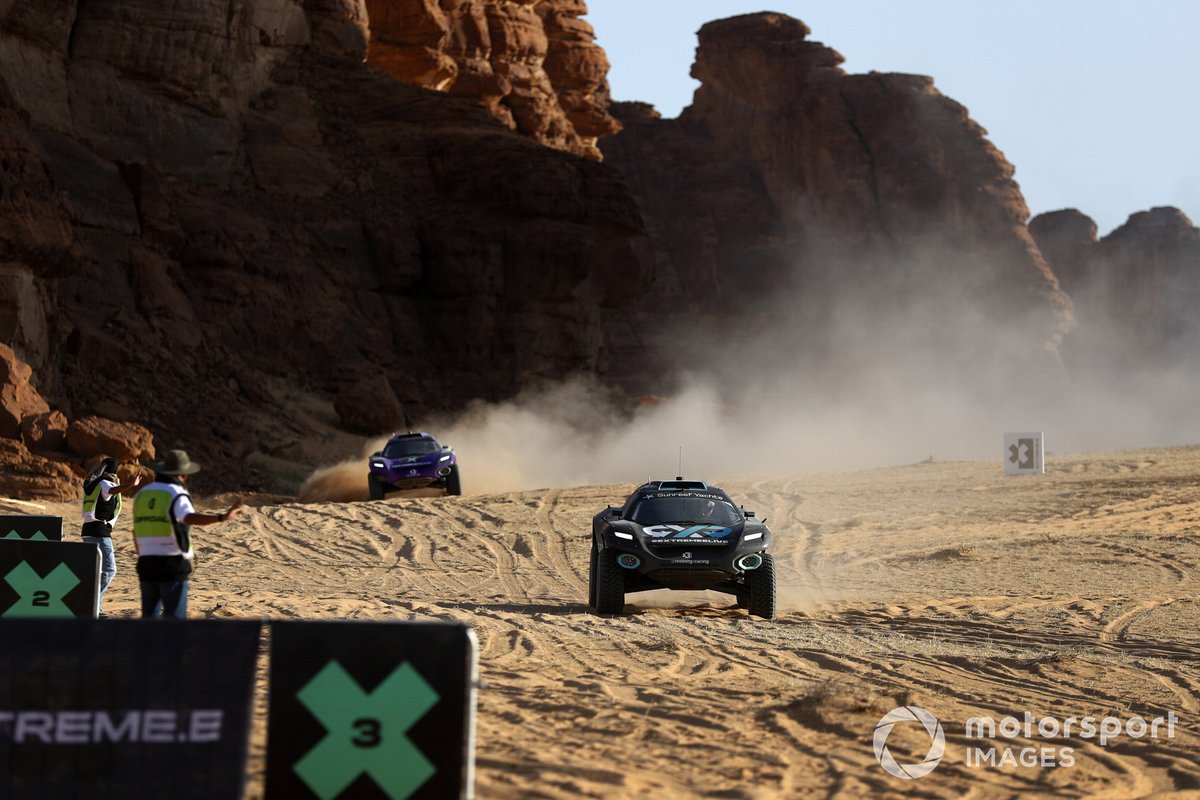 This has been introduced after curfews were extended in Saudi Arabia to allow teams to repair cars following notable rolls for Claudia Hurtgen, Kyle Leduc and Stephane Sarrazin.

Abt Cupra team technical director Florian Modlinger told Motorsport.com: “I think everybody saw in the paddock, it's not only us, but in general, the workload was very high.

“Even if you have no big damage on the car, it's quite tricky with the workload we have.

“For example, what I do, set up the two drivers on the systems, software, data analysis, lap changes… in other race series, you have for this job four to five engineers.”

Most teams are expected to allocate these extra passes to mechanics during the early life of the championship.

Modlinger added: “This means the full focus is to give the drivers the best tool available, this means our standards need to be fulfilled.

“It’s a new car, it's a new race series. You have standard procedures; you need to teach the mechanics.

“Also, they need to get quicker. The longer the series goes, the less workload you will have.”