The Extreme E crash between Claudia Hurtgen and Kyle LeDuc that red flagged the shootout race was “not an accident waiting to happen” despite weekend-long concerns over dust.

After Veloce Racing pulled out of the Desert X-Prix in Saudi Arabia following irreparable roll cage damage, only the Chip Ganassi Racing and Abt Cupra entries contested the shootout.

In the second half of the race to decide positions seventh and eighth, Ganassi driver Kyle LeDuc was chasing down Abt Cupra’s Claudia Hurtgen when the pair collided heavily.

Heading down a hill, where Hurtgen rolled the car four times on Saturday, LeDuc hit some ridges that unsettled the car. He emerged from the dust trail behind Hurtgen and they hit.

Both teams’ crew had worked into Saturday night, with Abt Cupra completing a 23-hour shift, following Hurtgen’s shunt and persistent power steering issues for Ganassi.

Ganassi team principal Dave Berkenfield told Autosport: “Both of them walked away and they're all OK. They took their knocks and took their licks.

“But man that racing was exciting, I have to admit.

“As long as we can do that entertainment in a safe manner, in a competitive manner, that's how this series is going to survive.”

This collision came after the event format had already been revised, with four- and five-car qualifying heats dropped in favour of one-car time trials due to excessive dust.

Berkenfield added that the shunt had not been expected, despite onboard video footage showing that LeDuc had very limited visibility when running behind Hurtgen. 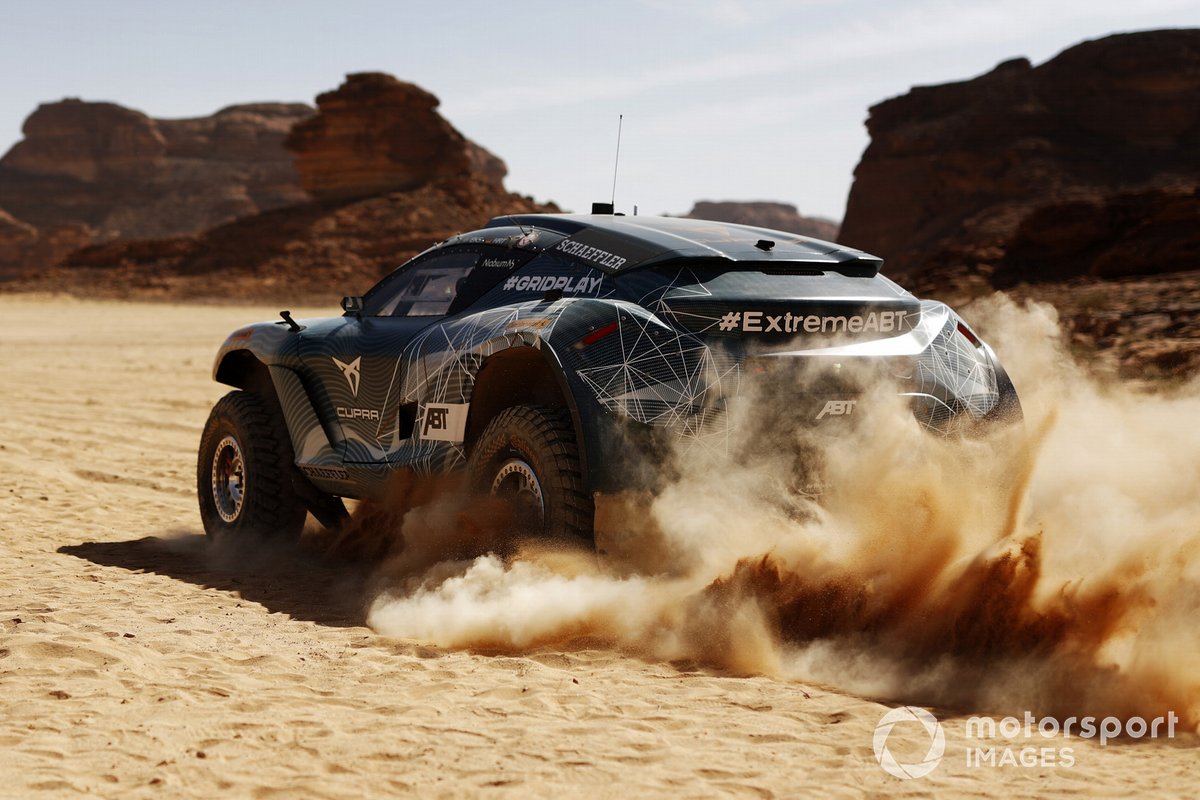 “I don't think that was an accident waiting to happen,” he said.

“You’ve got to be able to read terrain and drive within yourself a little bit and be measured.

“I don't think that you could push what we've seen here into the next events.

Hurtgen explained to Autosport that she had slowed over the ridges that disturbed LeDuc’s car, which led to the impact, and said the bumps had developed overnight.

“I come down the hill and there was a big bump, so I have to release the throttle,” she said.

“Then I released the throttle the other guy hit me.

“OK, so I think he cannot see and the bumps were new - yesterday there were no bumps.

“But I had to go off the throttle and in this moment, he hit me flat out.”

She added that she “cannot understand” LeDuc’s attempted pass.

“We are not fighting for the championship, only for position seven.

“There’s enough space to go right or left on the lines.

“Also, there’s a slow corner you can accelerate out of there.

“I cannot understand it.”