After over 15,000 entrants tried their hand at the 2020 WRC Esports Championship, Lebanese motorsport star Sami-Joe has emerged victorious.

Yes, you read that correctly – 2020. Due to the ongoing global pandemic, the Grand Final for the 2020 series was delayed until this weekend, where it was held during the real-life WRC round, Ypres Rally Belgium, won by Hyundai's Thierry Neuville.

Going into the event, the contestants had already been whittled down to the 10-best virtual rally drivers.

Of these competitors, Race Clutch’s Nexl is a two-time champion, while Seventh Gear e-Sport Club’s Greekman won the Monte-Carlo Esports Launch. Utilising the WRC 9 game, that simulates the 2020 WRC season, the favourite going in had to be Sami-Joe, who won 11 out of 12 rounds in the 2021 Esports WRC Championship on the same platform. 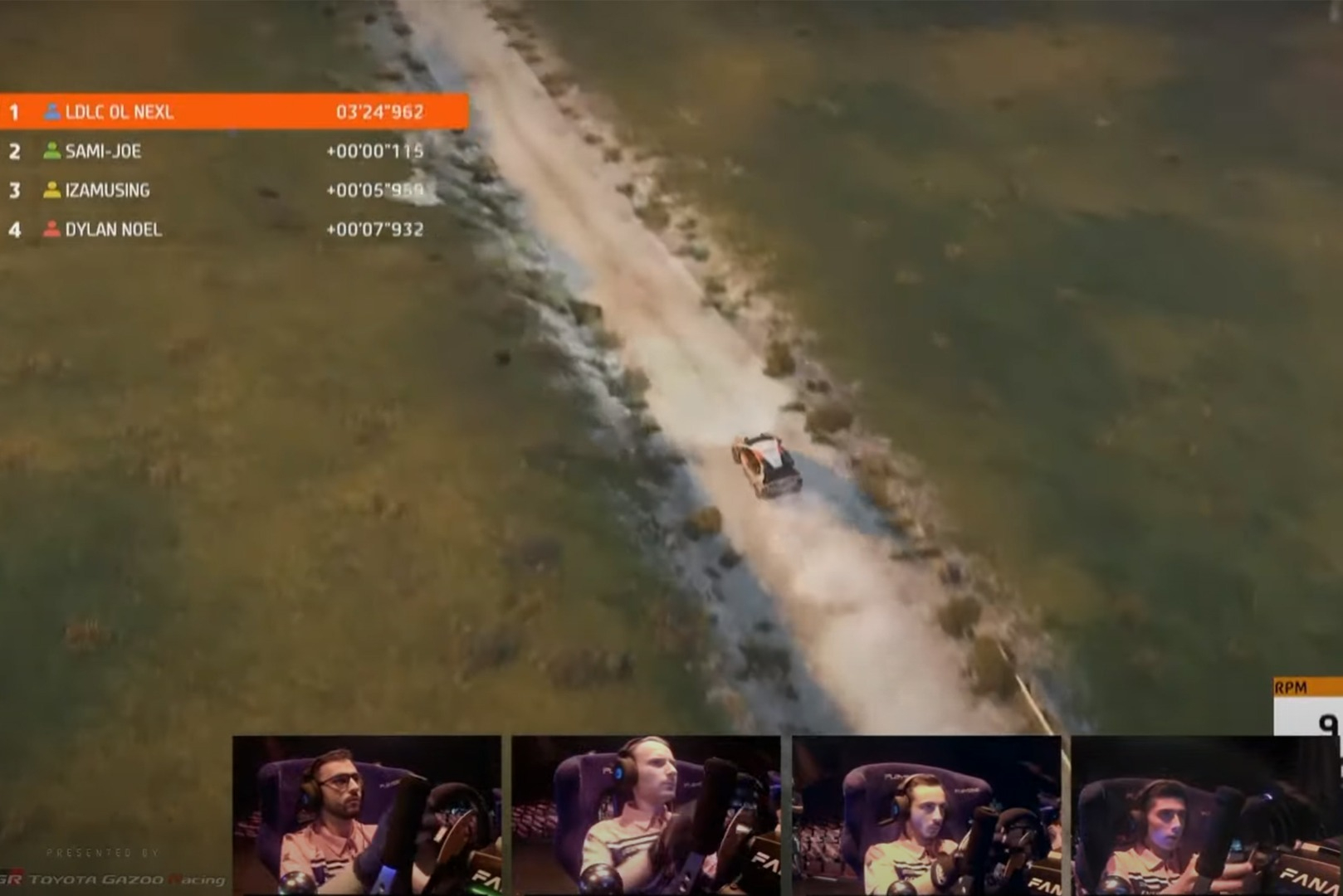 After an initial set of time trials, the field was whittled down to just four, each with a chance of overall victory. The pre-event favourite Sami-Joe and returning double champion Nexl were joined by two fellow Race Clutch team members, Izamusing and Noel.

They would do battle across three stages: Felgueiras in Portugal, Nagakute in Japan and the gigantic 22.04km Te Akau South in New Zealand. The winner would have the fastest cumulative time across the three routes.

As the drivers hit the gravel for the first stage, it became a two-horse race from the off – Sami-Joe and Nexl within tenths of a second, all through the stage, with Izamusing and Noel noticeably falling back. Thanks in part to Sami-Joe running slightly wide on one corner near the end of the stage, Nexl finished ahead by a scant 0.464s.

Onto stage two and the fortunes would be reversed as the drivers switched to asphalt. With Nexl and Sami-Joe occupying the top two spots once again, it would be Nexl who drifted slightly wide of the ideal line and brushed a wall on the outside. 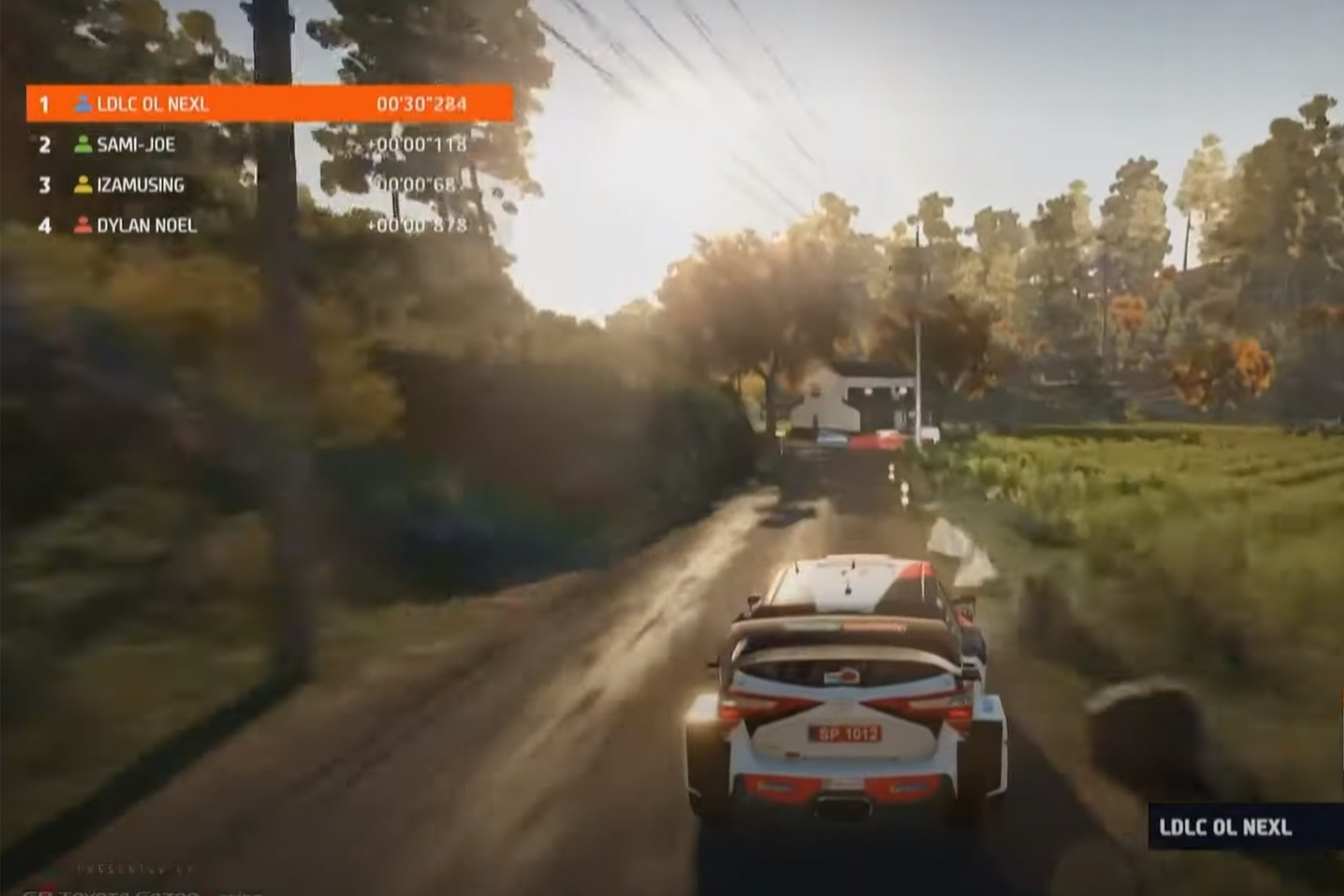 No major damage was inflicted, but it was enough for his 15-year-old opposition to eke out a one-second advantage. Nexl would half that gap by the end, but Sami-Joe held on to win by four-tenths of a second.

Going into the final stage, Nexl led Sami-Joe by 0.059s, with Izamusing in third and Noel in fourth.

A similar theme emerged as the field split into the now-familiar pairings. As the competitors approached the halfway point of the stage, the heavens opened. Despite the worsening visibility and changing grip levels, the pace remained furious – all drivers on the ragged edge, striking a balance between outright speed and catastrophe.

Sami-Joe nearly rolled his Yaris on a right-hand hairpin, using too much of a bank on the inside, temporarily tipping onto two wheels. Fortunately, he was able to land on terra firma without losing any time.

Further back, Izamusing wasn’t so lucky. Clipping a bank on the inside of a seemingly innocuous left-hander while in third place, his Ford Fiesta was then cannoned into the opposing mound and flipped end over end. Noel then simply needed a steady run to bring home a podium finish. 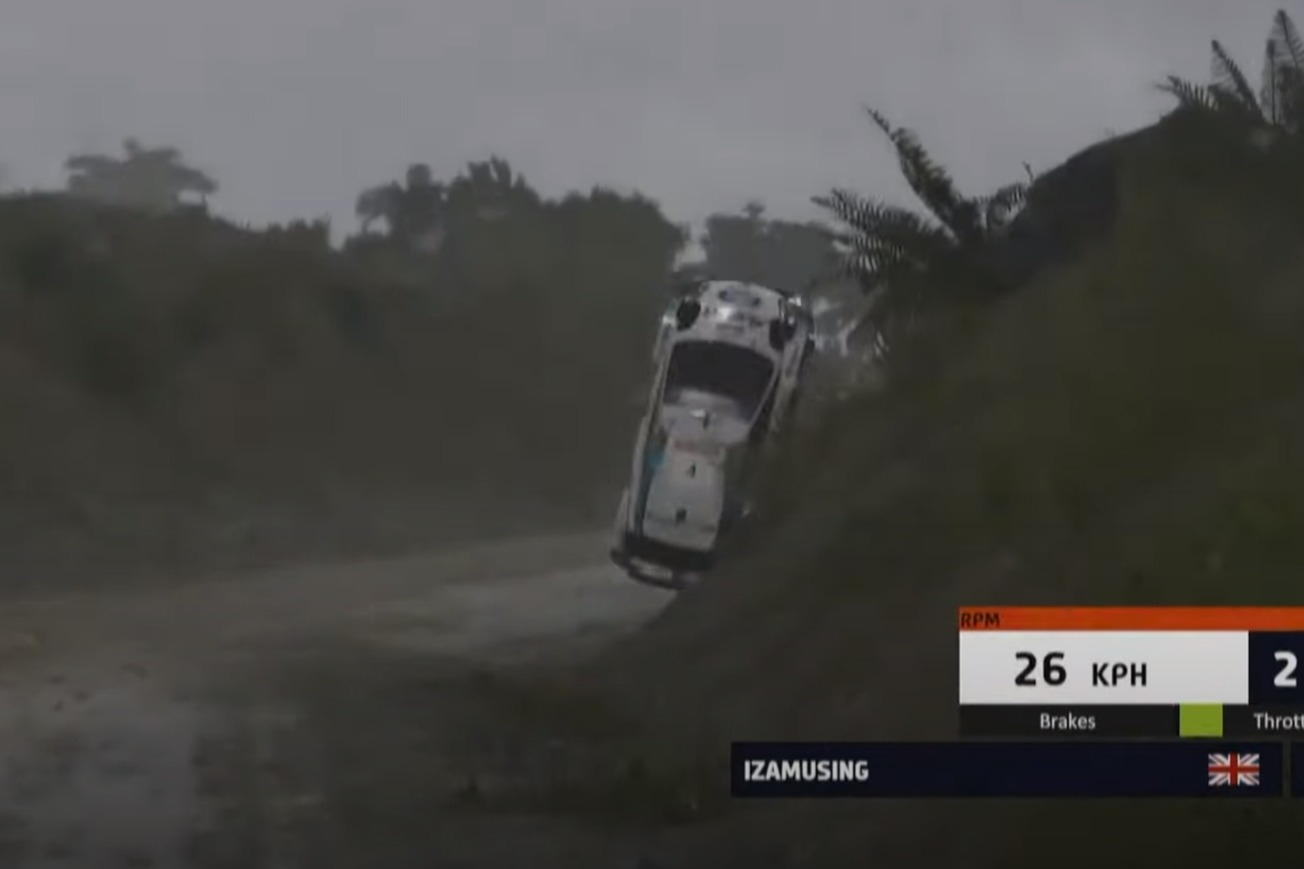 “I knew the stages did not suit me in the Grand Final so I needed to take extra risks to stay in contention. With such strong rivals, you just can’t cruise around,” explained the final debutant.

“In the end, I got some damage which led to the big crash, but I am not disappointed as I was so proud to be in the final in the first place. In any case, it was the most enjoyable weekend of my life!”

Seconds later, and the championship was decided in a similar fashion as Nexl, hot on Sami-Joe’s tail, also fell foul of the tricky conditions, losing five seconds after a visit to the shrubbery. Head in his hands, he knew that was the title-deciding moment.

“A small mistake that cost everything, [I’m] a bit disappointed as it was a really intense battle,” he explained after the event.

“For me, it’s a dream come true, I can’t believe what is happening,” explained Sami-Joe who won a Toyota GR Yaris, three years before he is legally allowed to drive in his native Lebanon.

“It’s incredible. As you saw, we pushed each other very hard and I’m very happy.”

With the 2020 Grand Final now wrapped up, all four of the finalists have also qualified for the 2021 Grand Final too and will be joined by a further four competitors on 8th September during the EKO Acropolis Rally Greece.