The pinnacle of the series, 2016's Motorsport Manager for PC and Mac, felt like felt like a hybrid of the classic Grand Prix Manager games with the Football Manager productions famous for taking up hours of gamer's lives in a virtual football world.

That's some follow-up act for a mobile game, which releases on Wednesday, and the temptation would be to attempt to port a full desktop game into a mobile edition, entailing all the various game compromises.

Instead, MMM3 hones the essence of its predecessor while applying several different tweaks that fit a mobile simulation game perfectly and marks a big step up on the previous mobile games.

That's abundantly clear in qualifying, with a new card-based system offering a risk versus reward approach for set-up that will either gain a driver precious tenths of a second, or send you back to square one. That's enforced through driver statistics with his or hers allocated points playing against a randomised allocation for each set-up perk. 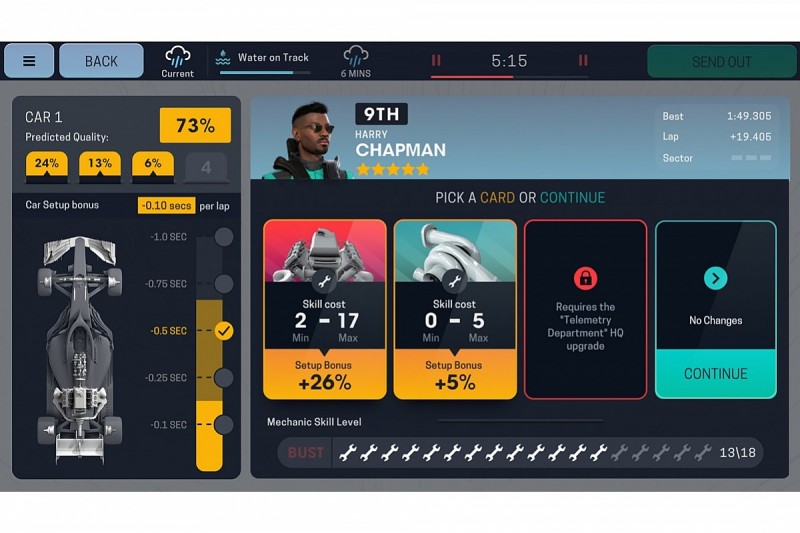 Go over the allocation and you're back to square one without perks as qualifying ticks down. It's simplistic, but highly engaging and can be crucial. Elsewhere the pitstop menus and the racing interface follow the game series' tradition.

Graphics do offer two irritations though. While extensive work has gone into generating the 3D world of the tracks - to the point you can see aeroplanes fly over - the cars are represented by circular icons. Considering how engaging and fun it was to select the livery for your team, it's disappointing that it's token.

The augmented reality that launches with iOS devices is a great technical demonstration and fits the gaming industry's greater push for mainstream virtual reality. But in MMM3, it's clunky and very sensitive to your environment, making it far from ideal anywhere outside of your kitchen table or desk - which is rather limiting for a mobile game.

AR capabilities were a big part of the game's launch as was the fact MMM3 offers six racing championships, with the addition of endurance the most difficult and challenging.

In the '45-minute' races, you'll have to balance the driving times of three competitors, who tire over a stint, as well as managing tyre life and fuel. It's a lot to take in at once, with running two cars adding extra difficulty. While I was able to get one car onto the podium by taking two fewer tyre stops than my rivals, the second car floundered in 12th after forgetting that one driver had done far too much of the work behind the wheel.

That balancing act is also found in the top-tier of single-seaters, with its Formula 1 inspiration expanding to include an energy recovery system mechanism, which you can choose to activate at any point. While obviously important for on-track battling, it can be crucial on in and out laps. 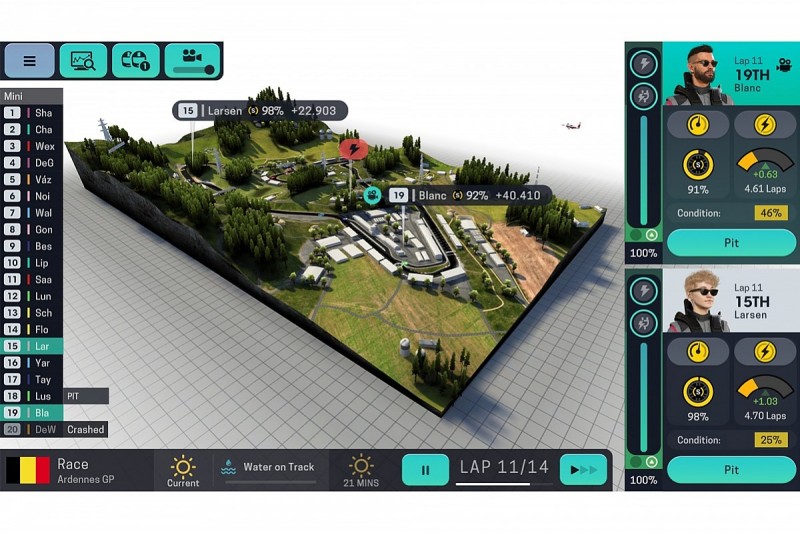 The career mode retains depth, with players able to climb the racing ladder as various tiers unlock in response to your success and there's a tree-like approach to developing your headquarters.

A new system called 'influence' lives up to its name. Earned primarily through signing sponsorship deals, it can be the turning point in signing an elusive new driver. The new simple approach to driver progression, earning points to be used to improve stats makes the driver market an important aspect, particularly with pay drivers now available to help struggling outfits.

There's even a nice touch of humour pervading the game, found in the cliche northern headquarters builder who interchanges Geordie and Yorkshire phrases at will, the vociferous social media critic and a driver who's inevitably upset that you've favoured another driver. Even the Bernie Ecclestone-inspired Ernie Hecklerock has now been replaced by the American Chuck Collins.

In short, MMM3 is a must-have and even those new to management games won't be left out thanks to the hand-holding tutorial aspect. 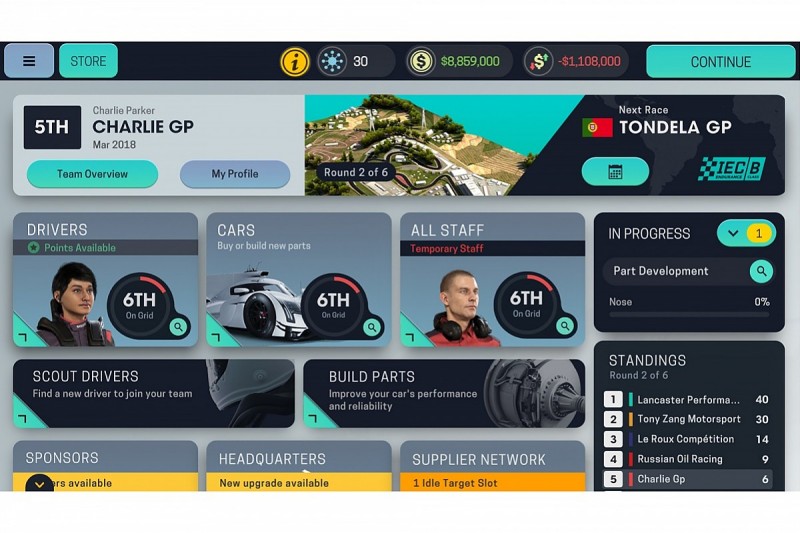 Official Blancpain GT series game launched, to be released in 2019