Unlike tomorrow's Nations Cup World Final, the grid was made up of 16 manufacturer teams each with three drivers each who had to run a minimum of two of the seven laps.

Each of the three tyre compounds - hard, medium and soft - had to be used, while the drivers also had to deal with fuel around the Nurburgring 24 Hours track in GT Sport.

The Lexus team of Tyrell Meadows, Vincent Rigaud and Kanata Kawakami started the endurance race from second place behind the Toyota team, who they battled with over the course of the first three laps.

Porsche took the lead from Lexus on lap five of seven during both teams second stints.

The German manufacturer was on the medium tyre while Lexus used the hard compound after both started on the softs.

Lexus was able to retake the lead during the final stint on lap six and ran untroubled to win the race.

The Toyota team struggled in the middle of the race, falling down to fourth before Tomoaki Yamanaka took over for the final stint.

The battle for the final podium positions heated up on the final lap with a gaggle of cars including Nissan, Toyota, Aston Martin and Mitsubishi all starting to catch up to the second-placed Porsche.

With Porsche the only team running in the top five on the hard tyre during the final stint, it all came to blows on the back straight on the final lap of the race.

The Nissan team of Igor Fraga, Mikail Hizal and Ryota Kokubun - who each won their respective regional finals for the Nations Cup before this weekend - were at the front of the pack on the soft tyre after running as low as 10th after troubles during the first three laps of the race. 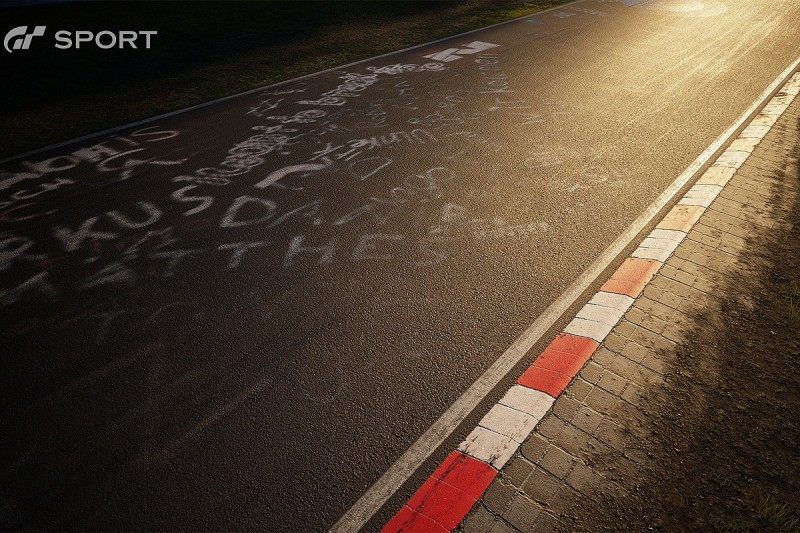 By the end of the back straight, where at one point Porsche, Nissan and Toyota ran three wide, it was Yamanaka in the Toyota that moved into second place.

Aston Martin's Jonathan Bucha, Thomas Compton-Mcpherson and Yoshiharu Imai completed the podium in third position having started the race in eighth, ahead of the Mitsubishi and Porsche teams.

The Nations Cup World Final will take place tomorrow, with 16 drivers qualifying for the final on Friday from 30 competitors.

Fraga and Hizal - who were team-mates for todays race, will be rivals on track after both won their respective semi-final races.