Team Redline has won both classes of the 6 Hours of Spa, the second round of the Le Mans Virtual Series thanks to a clever strategy and coy use of fuel saving.

Last time out, Realteam Hydrogen Redline won the first round in Monza from fifth on the grid, but for Spa, the team wanted to showcase its raw speed and had focused intensely on qualifying practice ahead of the Spa event.

It showed, with Jeffrey Rietveld snatching pole position, 0.069s ahead of Marcell Csincsik in the GPX Rebellion Williams entry.

In GTE, Kevin Siggy had placed the BMW Team Redline M8 at the front for the second race in succession, outpacing Porsche TAG Heuer Esports Supercup 2021 champion Joshua Rogers by one-and-a-half-tenths. Monza winners in the #91 Porsche lined up in fifth, with BMW and Porsche dominating the head of the grid. 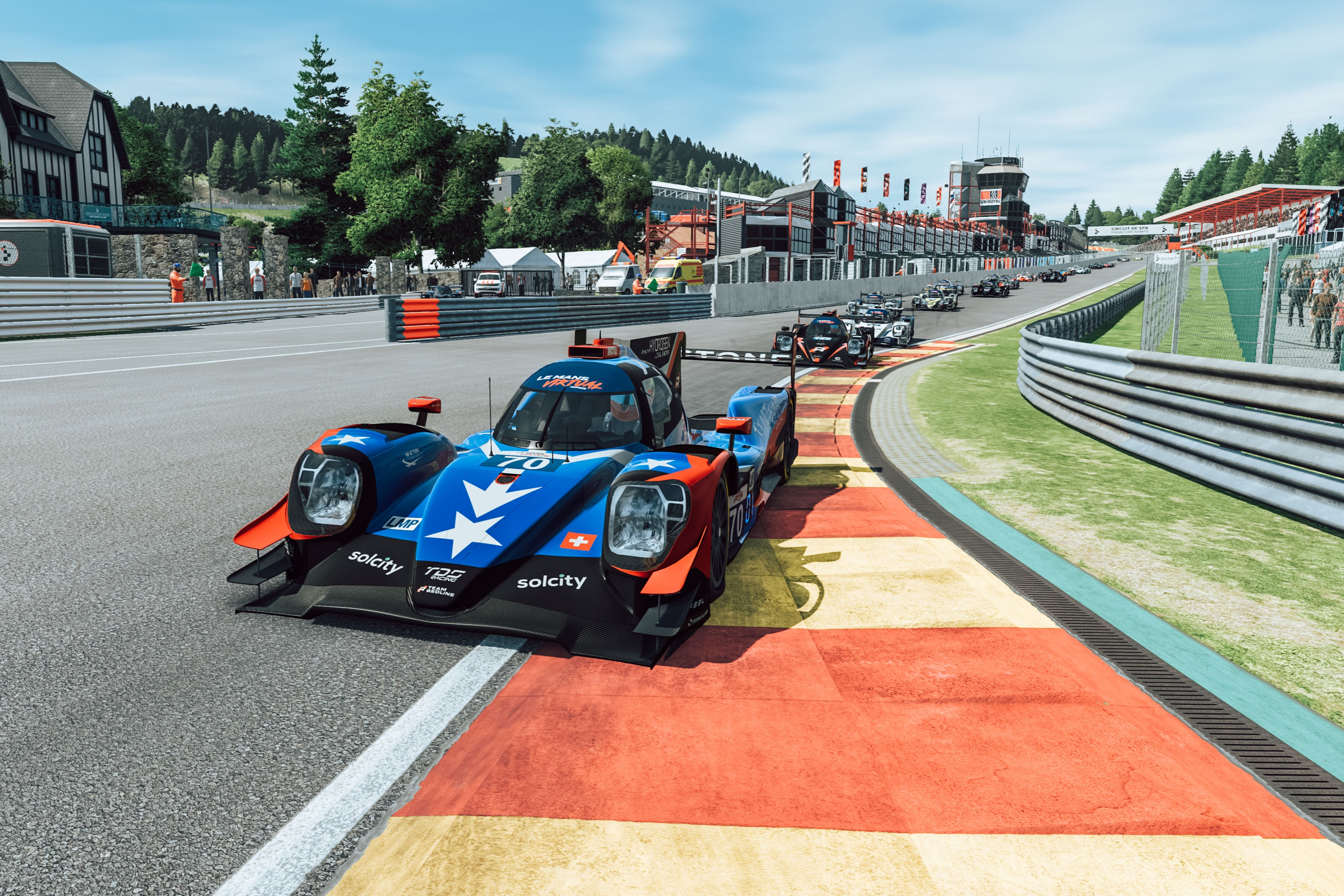 As the clock hit 2pm CEST, Rietveld led the field around La Source with relative ease, while Formula Pro Series champion Bono Huis moved up to second. Just a few metres later, all thoughts of a quiet race were dispelled, as contact between the #18 R8G Esports car driven by Risto Kappet and the #31 Team WRT SIMTAG Esports entry driven by Arne Schoonvliet sent both cars spinning ahead of the pack through Raidillon.

The GTE race start was also thrilling, as Charlie Colins went side-by-side with polesitter Siggy around Bruxelles, pulling off the outside move to take the class lead. The two Porsche Esports Team cars also steadily moved past the Siggy to make it a Zuffenhausen 1-2-3. 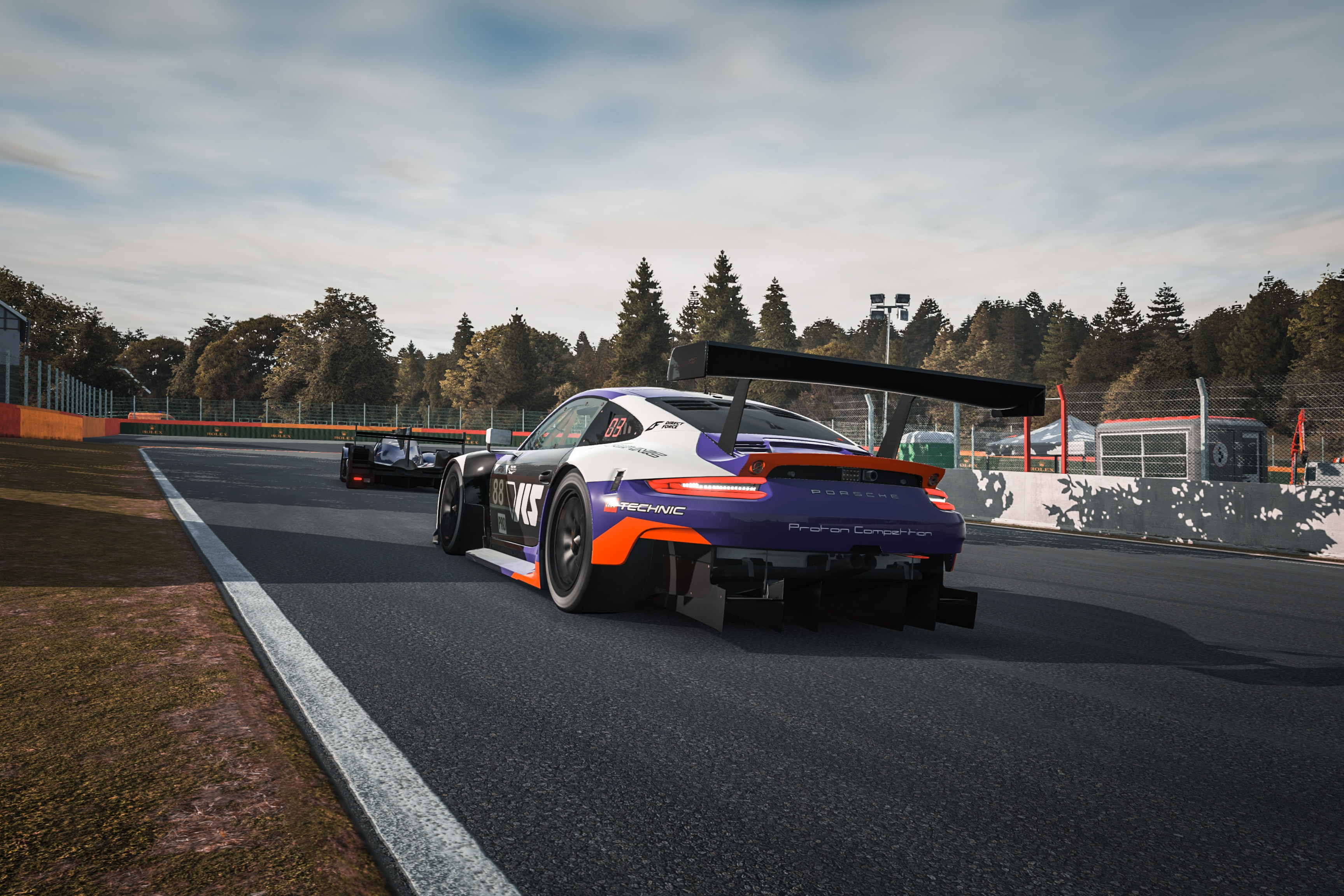 Traffic came into play and the resultant imbroglio resulted in several heart-in-the-mouth moments for vehicles in both fields.

Dennis Zeťák span into the barriers after trying to avoid a GTE-class entrant and Michele D’Alessandro speared into the side of the TESLA R8G Esports GTE BMW after coming across a pack of slower cars. This resulted in a drivethrough penalty for the #10 MAHLE RACING TEAM entry. Later, the was a huge crash between the #56 Porsche and #49 Yas Heat prototype car.

During this phase, the leading #70 car dropped from first to third and was then overtaken by current GT Challenge Series leader Erhan Jajovski. While sitting in fourth, Jeffrey Rietveld tried to lap the GTE SIMMSA Esports Ferrari and looked to have clipped the kerb on the inside of Blanchimont, spinning into the tyre barrier. The erstwhile championship leaders were out of contention after the left-rear wheel departed from the prototype. 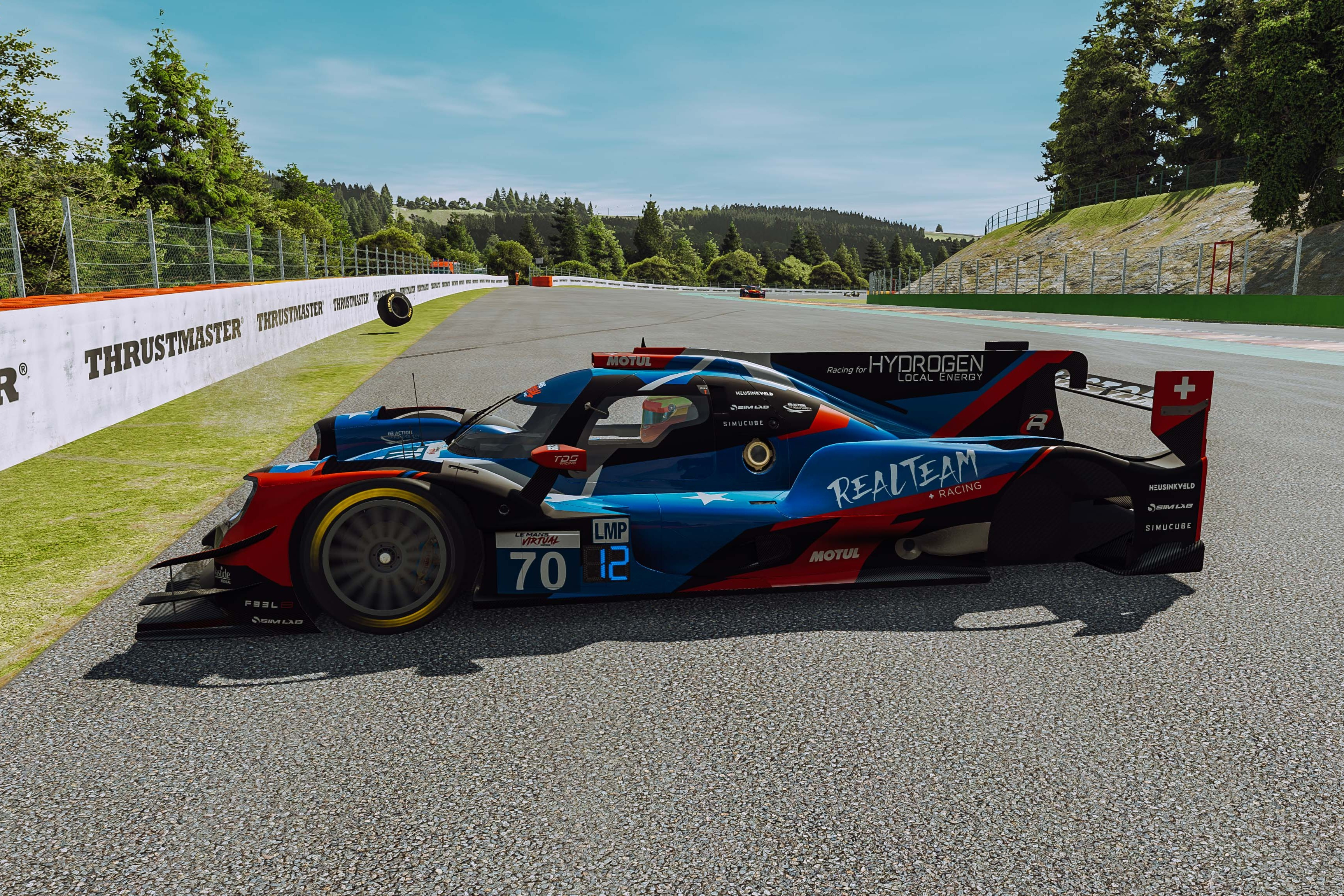 All through the opening segment of the race, R8G Esports’ Erhan Jajovski had been chasing down the leaders and was left out for close to the maximum time allowed time for a driver per car, while those around him switched competitors. His pace was relentless and the team pulled out a healthy lead in the #8 machine.

The focus was then on the fight for second between 2021 ELMS champion Yifei Ye for GPX Rebellion Williams and IndyCar race winner Felix Rosenqvist for Team Redline. Several times, Rosenqvist tried to overtake, several times his efforts came to nought. Eventually, after a titanic scrap, the Swede dived down the inside at La Source with a clean block pass.

For the GTE class the Porsche-BMW lockout at the front was still in place, but the Ferrari Driver Academy 488 had worked its way up to fifth and within 35 seconds behind the leading German car. 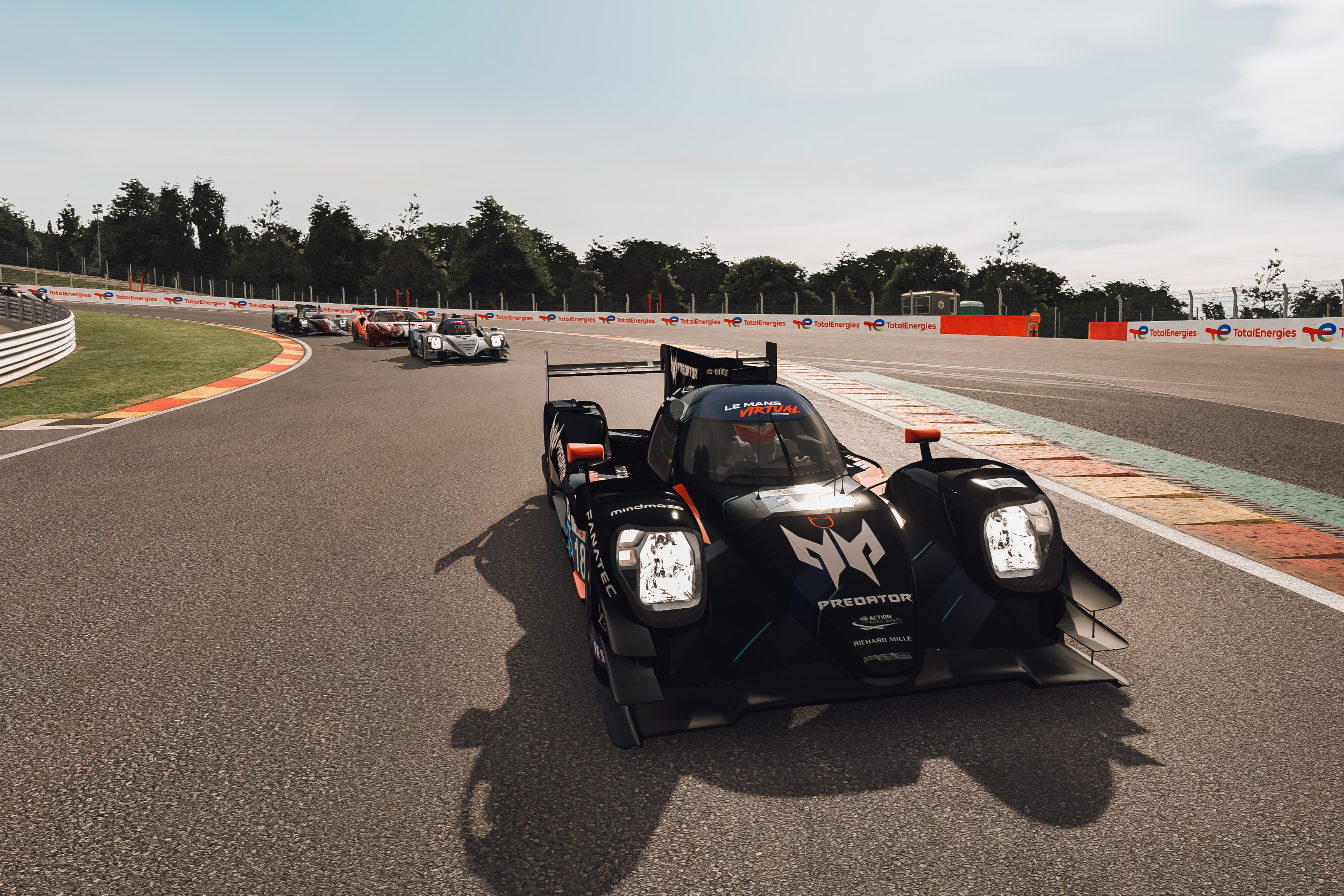 Several incidents befell the mid-pack runners as the race progressed. Axle Sports LMP car lost its front-right wheel and its GTE entry span rearwards into the wall at Raidillon just minutes later – a calamitous period for the team.

The hapless Team WRT SIMTAG Esports team, who suffered from a mechanical failure in the first round, ran wide at Les Combes and then was collected by Red Bull Racing Esports GTE Corvette of Nestor Garcia, resulting in a missing rear wing for the LMP car.

At the head of the field, Gordon Mutch was being reeled in by Team Redline’s Atze Kerkhof, but once the gap had been reduced down to just over seven seconds, the R8G Esports race leader responded and looked to have quelled the attack. 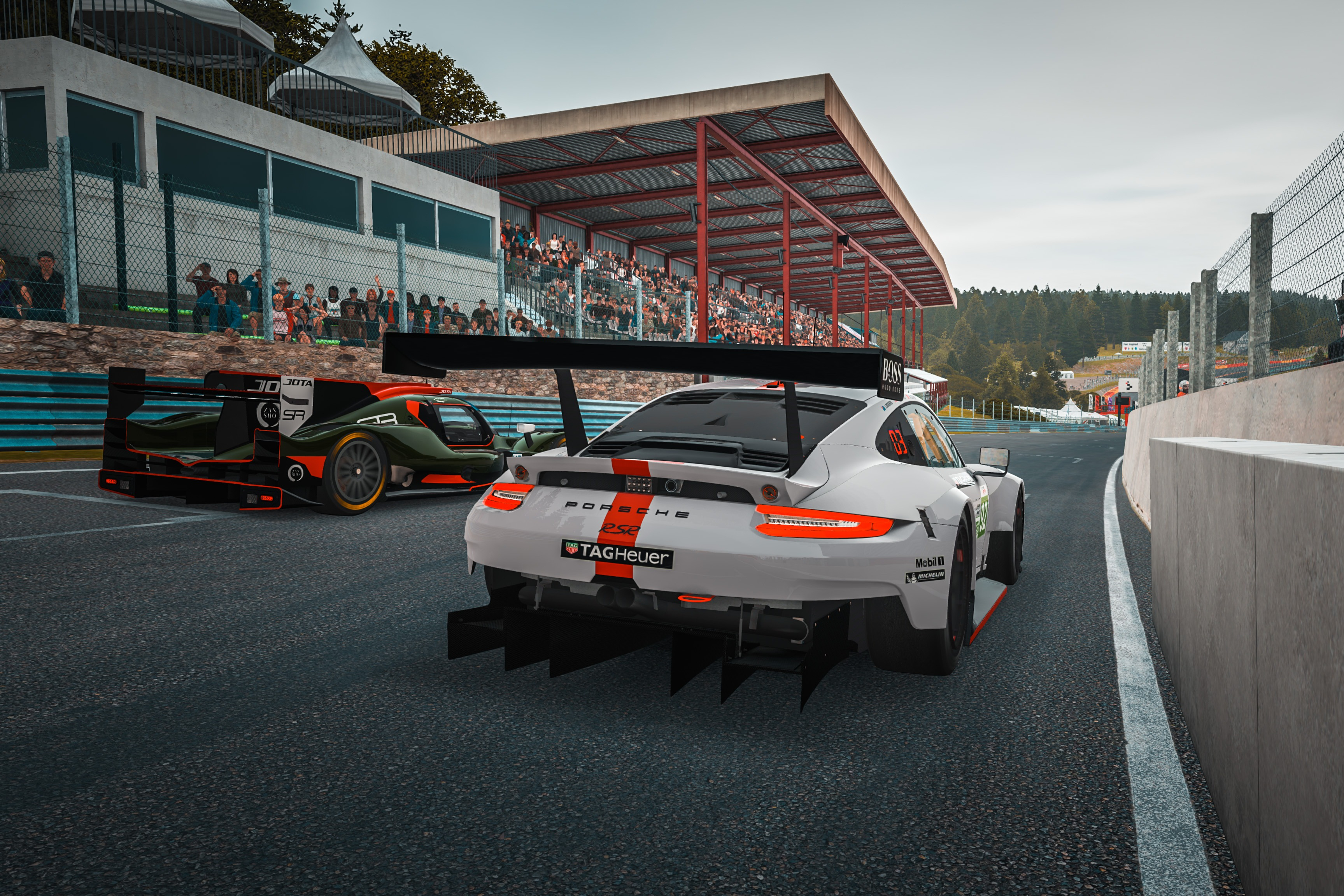 In GTE, BMW Team Redline was playing an alternative strategy card, much like the first round. Its stints were longer, its time in the pits differing to the leading bunch. The polesitters may have dropped back at the start, but it was clear now this was a deliberate approach – the only problem being that the gap to the lead was now nearly one minute.

Disaster struck the GTE-leading #88 Proton Competition Porsche 911 within the final stretch. Having taken the lead on lap one and dominating five out of the six hours, it was handed a drivethrough penalty when Dylan Pereira made contact with a lapped GR Wolves Racing entry. It dropped them to third and handed the Porsche Esports entries comfortable first and second places.

Not only was Team Redline going long in GTE, but it had also pulled the same trick in the top class, and with 35 minutes to go, it finally made its last pitlane visit. Bono Huis was placed in the car and a set of fresh soft tyres. With just under 30 minutes left, the gap was just 12.7s. 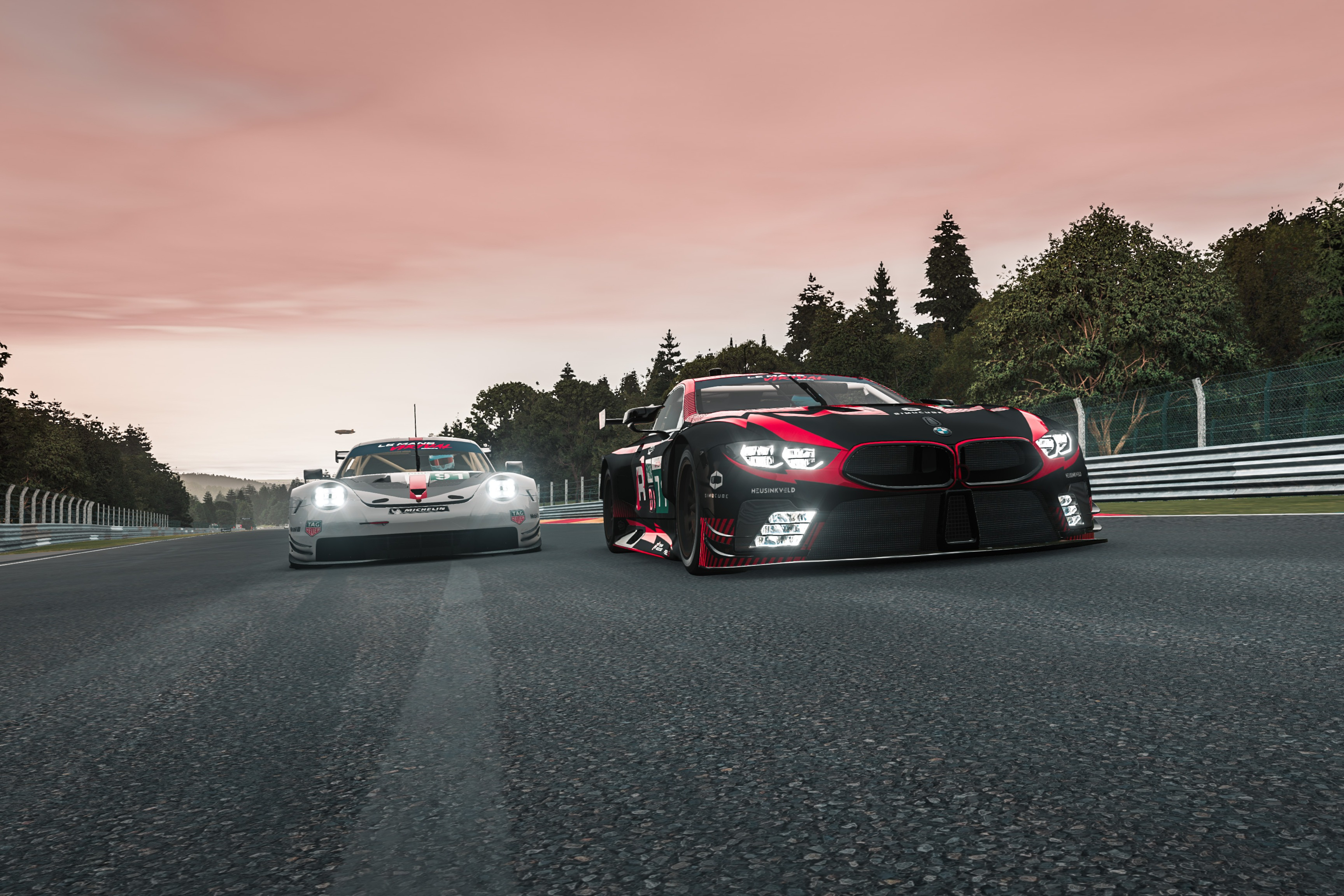 With 25 minutes left, Siggy had reached GTE class leader Mitchell deJong, but was driving in a fuel-saving style. The BMW then toyed the Porsche in its slipstream for several laps.

Then with under 10 minutes to go, the long-time race-leader Hany Alsabti in the #8 R8G Esports entry was required to visit the pitlane for a splash-and-dash stop to reach the end. The aggressive strategy hadn’t worked and Team Redline hit the front. Just seconds later, Siggy overtook deJong for the lead in GTE and Team Redline led both classes. The victory was theirs in emphatic fashion.

“It’s been such a long preparation, from building my sim here in Monaco earlier this week and being three seconds off. But we all put so many hours into it and I’d like to thank the team for an amazing strategy,” said race winner Felix Rosenqvist, who teamed up with Atze Kerkhof and Huis.

“That last stint was exciting,” explained GTE victor Siggy, who shared the win with Rudy van Buren and Enzo Bonito.

“We were only planning to do 26 laps [per stint], but the rain never came so it was my job to do 27 laps. It all went smoothly, but it was so hard. In the end, it still played out and we nailed the strategy like we thought we would do. I finished with 0.4 litres [of fuel] at the end.” 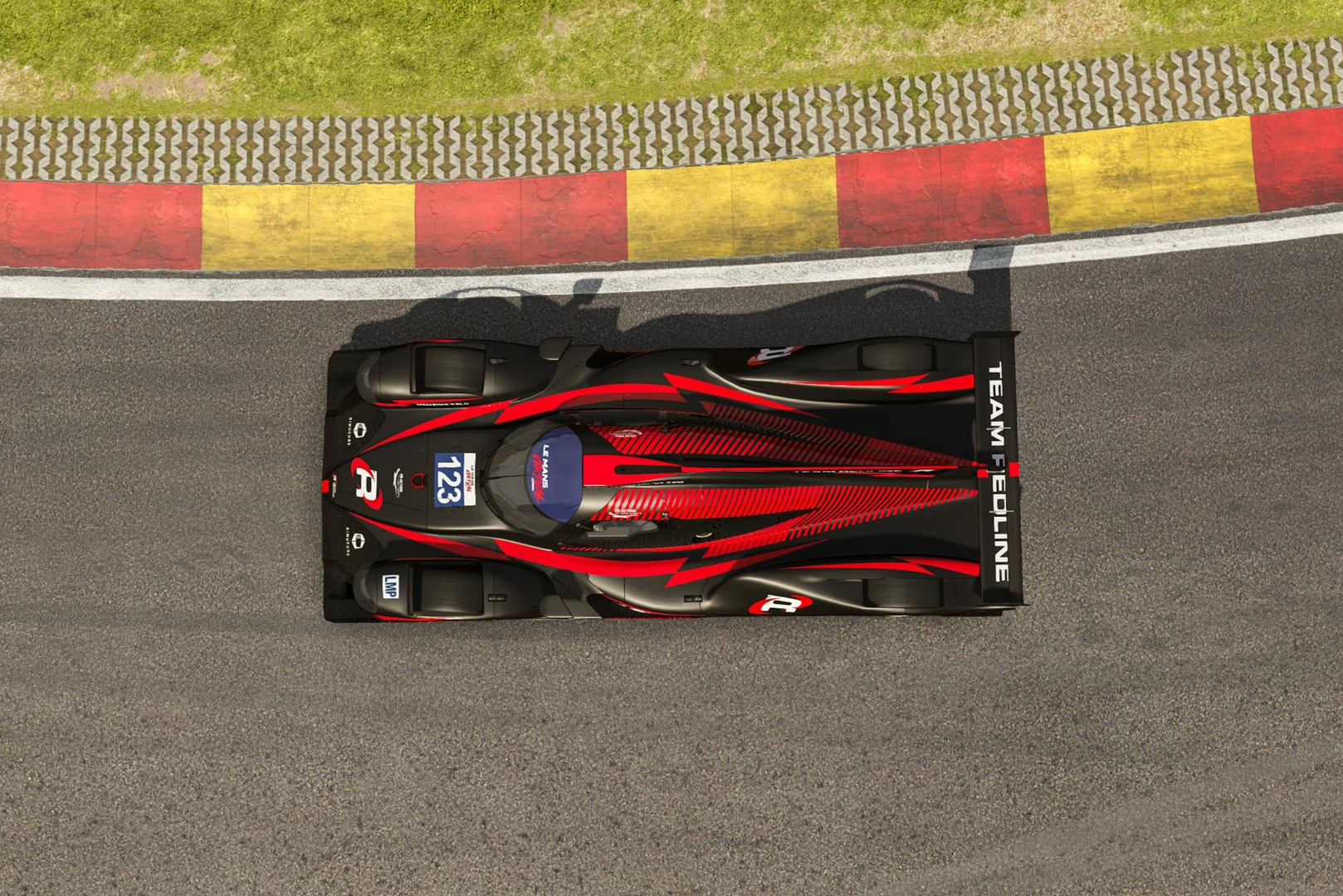