It's not often a new racing game is released, and when one is, a major complaint the developers usually have to deal with is that it's too difficult to play

But it's also not often in the modern age that a game is released with the focus purely on driving simulation above all else. Step forward Kunos Simulazioni, which has brought its Assetto Corsa PC title to consoles.

This game enters a fiercely competitive market without trying to rely on the bells and whistles boasted by many of its rivals.

The question is whether the positives of the game outweigh the negatives, most of which are likely to be a consequence of this being a title produced on a lower budget than some of the behemoths that dominated the arena Assetto Corsa is entering.

For fans hoping for a pure driving experience, those positives are significant. Despite being a relatively small gaming studio, Kunos has built a reputation for accurate physics and handling with its PC title.

Most games struggle with the conversion from a steering wheel set-up to a controller, and Assetto Corsa is not without its niggles in this area. But it doesn't take long to adapt to, and from that point on, the more you drive, the more cars you sample, the more rewarding the experience becomes.

While lower-end road cars are plentiful on the game, it's the racers we're most interested in. The clear standouts in this area are the historic cars. 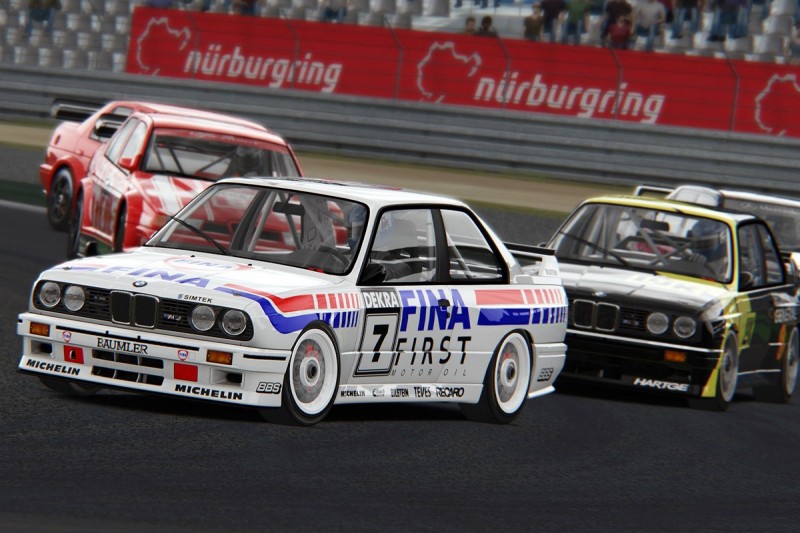 Whether it's F1 cars from the 1960s, '70s or '80s, or classic sportscars and touring cars including early '90s DTM machinery, Assetto Corsa offers handling models for historic racers that far surpass anything else offered in console gaming.

The game's designers have looked beyond the lazy approach of "old cars must be nearly impossible to drive", instead creating a rewarding feeling where the classic machinery moves around a lot, but in a progressive, controllable way with lap time benefits for those able to hustle a car in the middle of the corner.

Despite the focus on making the game challenging, and its creators admitting "We don't want to make it easy by any means", Assetto Corsa has also done a better job than most racing games at utilising driver aids to make even the most difficult cars playable without feeling like the computer is suddenly doing all of the work for you.

While the majority of the old F1 machinery comes courtesy of Classic Team Lotus, as we've seen in other games, there is the added bonus of a Ferrari 312T in the 1970s genre, one of several iconic cars from Maranello to feature in this Italian-made game.

Put simply, if you feel that racing games have let down fans of historic racing in the past, this is one area where Assetto Corsa does not disappoint.

The modern racing offering is limited in some areas, but GT racing is well represented, with single-seaters covered by a Formula Abarth entry level car and the Lotus T125 'F1' trackday car, which ticks the box nicely of finding a way to offer F1-like performance without an official licence. 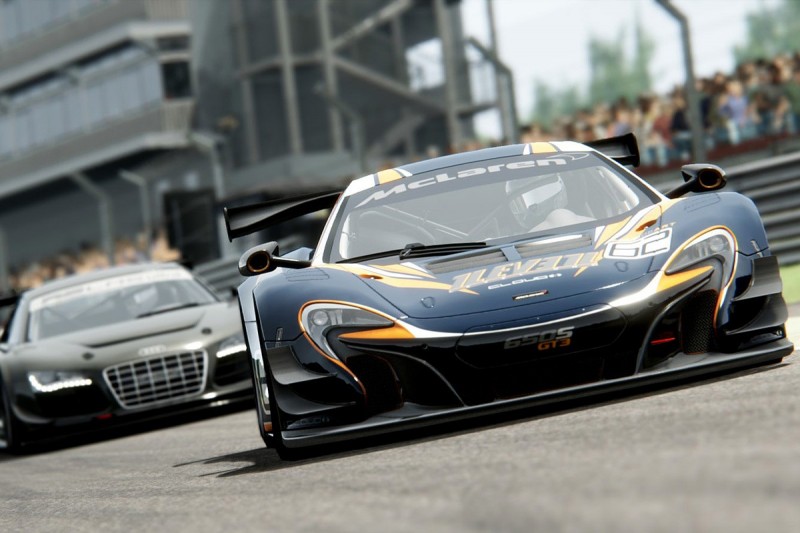 There is more to come - the 2013 and '15 official Ferrari F1 cars are set to be released as additional content in the future, along with the Red Bull Ring circuit and a special downloadable Porsche pack. The German firm doesn't hand its licence out very often, so that is a coup for this small studio.

While the car list is relatively well-populated, if a little road car heavy for our liking, there are other areas of the game that feel limited. This means the burden of making the game a success is carried almost solely by the handling model and driving experience.

Limited resources appear to have played a part here, with grid sizes restricted to just 16 cars, and no wet weather, night driving or team radio included in the game.

The roster of tracks is bolstered slightly by multiple configurations of various circuits, but when you boil the list down to 'venues' rather than 'layouts' you are left with just 11 (excluding downloadable content) - 12 if you separate the Nordschleife from the modern Nurburgring.

There is one particular gem lurking in here though - the original full Monza layout, including its fearsome banking. Once again, it's the historic parts of the game that really stand out.

There will be many fans who will have longed for a racing title where the sensation of driving is the main selling point, and those people will not be disappointed.

A progressive driving style is always rewarded, and the physics encourage you to be patient in the middle of the corner - a virtue often lost in other games. There is a clear understanding of racing car physics, and in-depth car set-up options, which will be music to the ears of some. 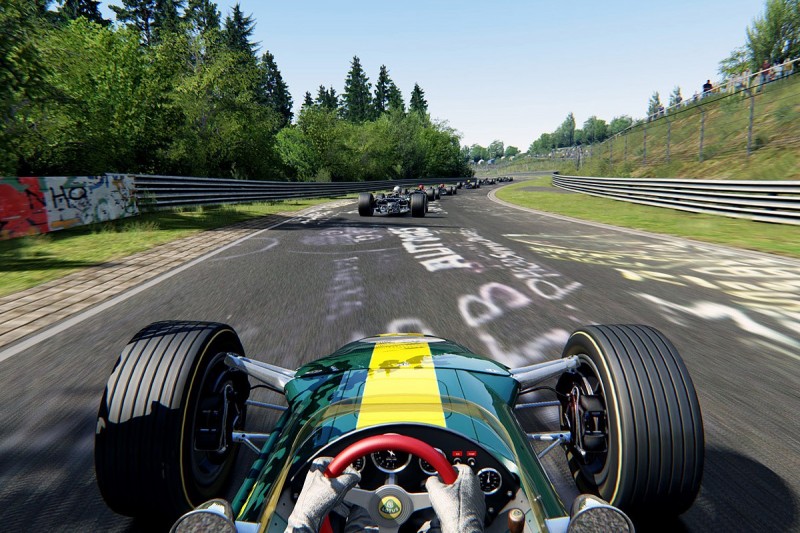 But for those who have become accustomed to racing games with more depth, Assetto Corsa may come up short. The career mode, for example, features the slightly dated approach of progressing up the ranks from the slowest road cars based on medals and scores earned through a mix of racing, time attacks and drifting at each 'level'.

It doesn't feel particularly like a racing driver's career, but it encourages players to work through a range of the machinery on offer, as it's not about buying cars to go racing with like in some other games.

The artificial intelligence (AI) cars are a mixed bag: they interact pretty well with each other and don't drive round on rails lap after lap, but in certain situations against a human-controlled car they are too easily bullied out the way. For some that won't be an issue, as a simulation like this is likely to attract players keen on exploiting online racing rather than AI opposition.

So if it's all about the positives versus the negatives, our on-the-fence answer is 'it depends'. There is probably enough in here to make hardcore fans of racing games feel they need to add it to their collection. The superb handling of the historic cars in particular adds weight to that.

But it might be too limited in certain areas to compete for the casual fan's attention up against the vast array of machinery, locations and customisation offered by the bigger games.

Kunos has proven, however, that it can convert the simulation feel of driving from PC to console, which ramps up the pressure on its bigger-budget rivals. 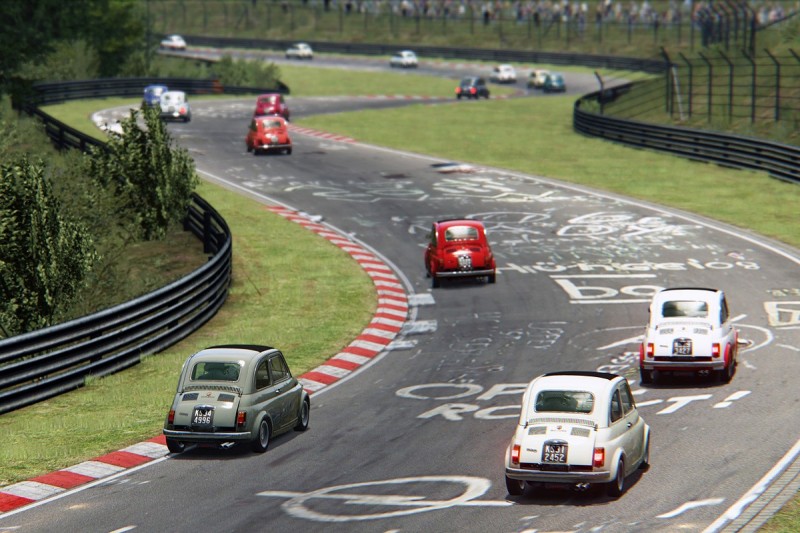