Motorsport and engineering giant Cosworth has unveiled its CCW MkII Pro Sim steering wheel based on the same design and construction as its real-world models.

Known primarily for its engine work in Formula 1, taking 176 wins in total, and in the present day the engines for both the Aston Martin Valkyrie and Gordon Murray T.50 hypercars, Cosworth has launched its first foray into sim racing with the CCW MkII Pro Sim steering wheel.

Unveiled at the Autosport International show at the Birmingham's NEC, it is created in collaboration with SIMTAG, the Belgian pro-grade sim equipment manufacturer. 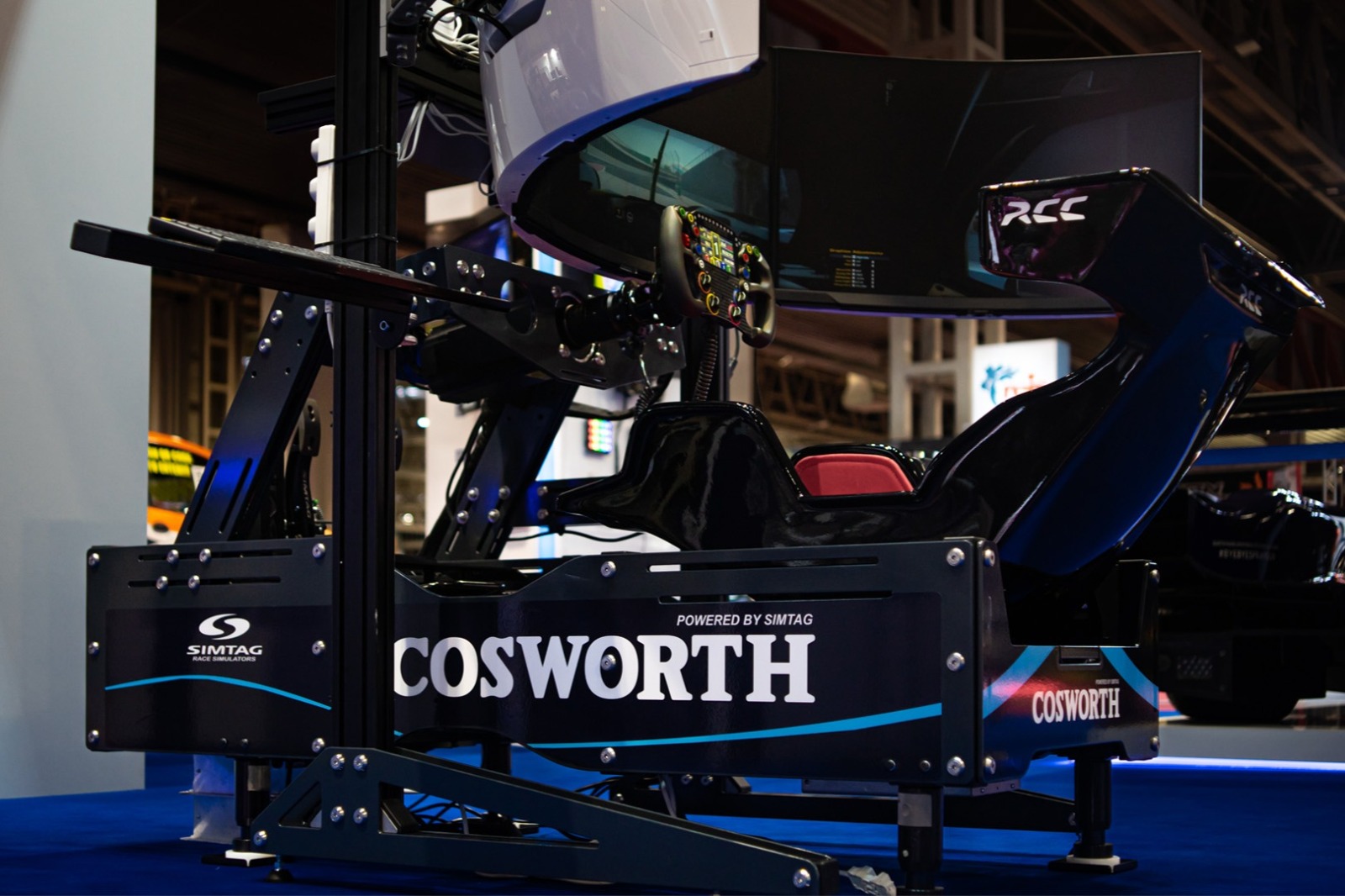 Cosworth currently creates a range of steering wheels for motorsport use, so its first sim offering is based on its existing CCW MkII model. This is used by every ORECA 07 LMP2 in the World Endurance Championship and last year by the Alpine A480, plus several teams in IndyCar.

The rear-mounted gearshift paddles and quick release are also identical, with the main elements coming from the very same production line.

In the middle, there is a TFT display – which is unique to the Pro Sim version alongside the internal printed circuit board – just below ten gearshift shift LEDs.

The wheel was demonstrated using a Simucube wheel base, the Finnish brand that SIMTAG works with when constructing complete sim racing set-ups. It connects to any wheel base that accepts third-party steering wheels via a USB connection. 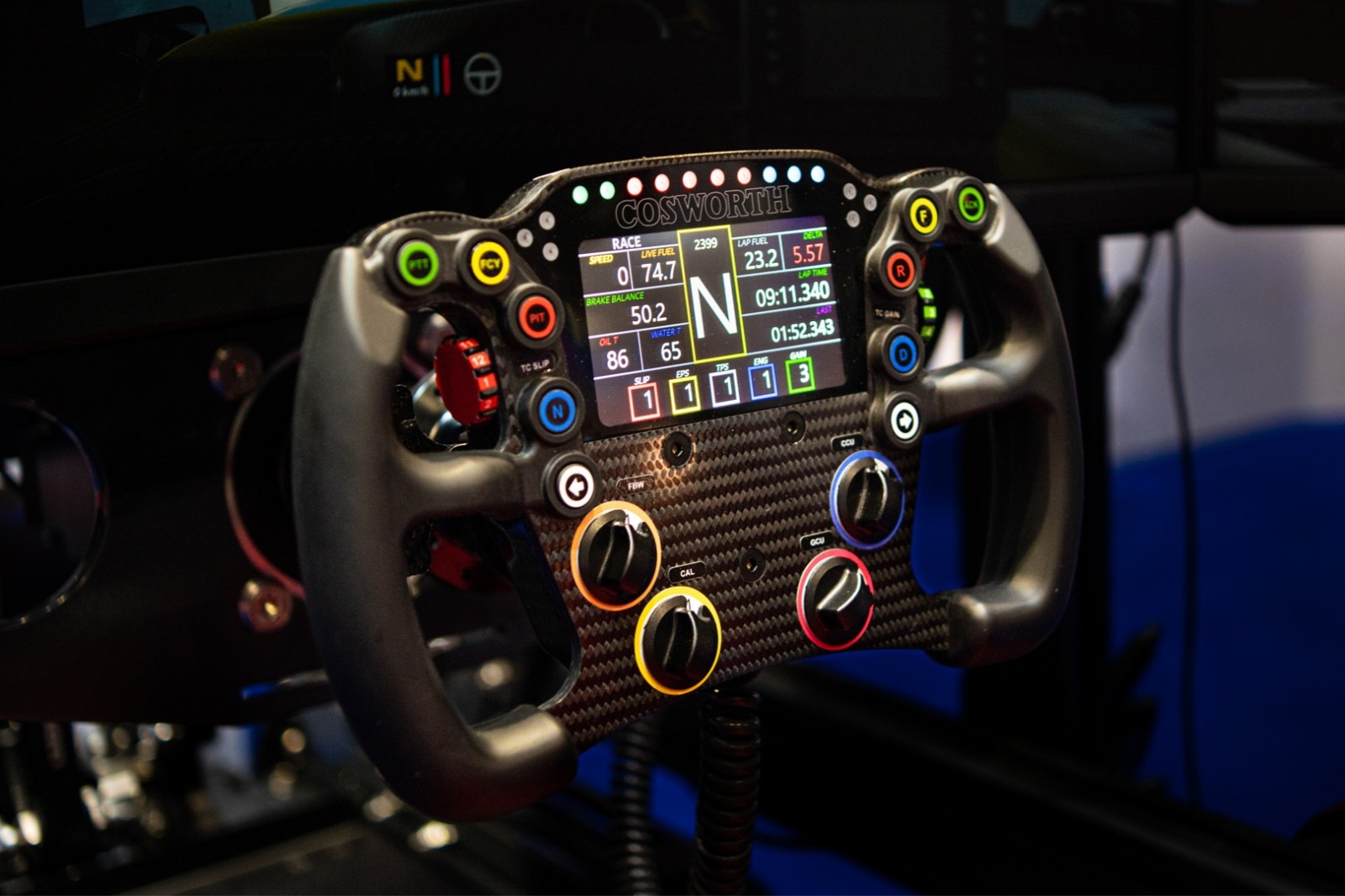 “Sim racers the opportunity to have a genuine Cosworth wheel with identical functionality to the motorsport version of the CCW MkII at home for use on their favourite sim racing titles.”