The 20-year-old Brazilian started the final race in 10th position on the hard compound tyre while Tomoaki Yamanaka, Cody Nikola Latkovski and Mikail Hizal - his championship rivals - started at the front of the grid on soft tyres.

Fraga had built on his impressive semi-final form on Friday by winning race one of the final with a gap of over six seconds, however he lost ground in the overall standings after finishing fourth in race two and 10th in race three.

He was able to rise up to fourth place before making his first pit stop on lap three of 9 around the Le Mans circuit in GT Sport and, after pitting for the soft compound on lap seven, was up to third.

Yamanaka, who was leading the championship standings heading into the race, was running in third place for the first half of the race which would have been enough to secure the title win.

But the Japanese driver fell down the order during his final stint, leaving the championship fight to Hizal, Latkovski and Fraga, who were the first three runners on the road.

Fraga passed Latkovski on the penultimate lap at the Dunlop Curves, enough to give him the championship lead over Hizal.

But late on in the lap Fraga took the race lead, crossing the line in first place to become the FIA GT Sport Series champion.

Hizal kept hold of second place in the final race to secure second overall in the championship final.

The German driver, who won his semi-final race, finished outside of the top five in the first two races before a third place in the penultimate race.

Latkovski completed the podium, both in the final race and the championship. 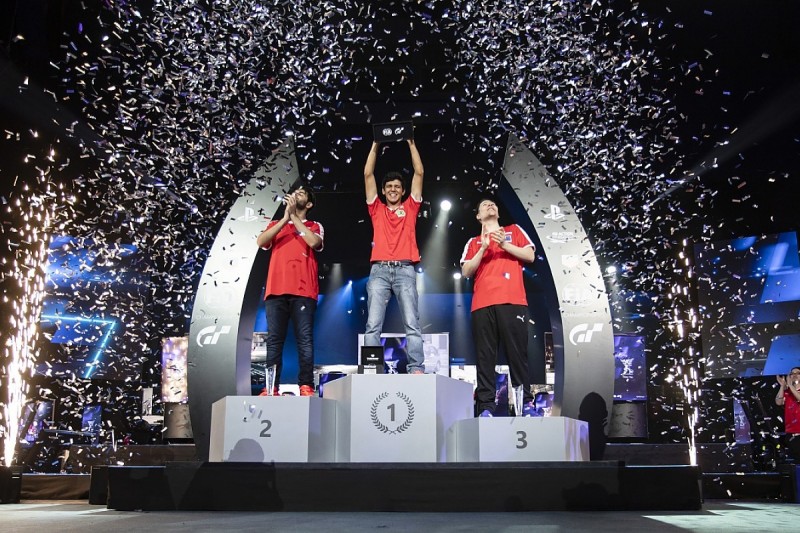 While he was further back in the standings before the Nations Cup final, his rise came from a fourth, third and second place finish in the first three races before the final.

Japanese driver Yamanaka missed out on the overall podium having led the championship standings after finishing down in 11th in race four.