For over half a decade, AOR has been the market-leading racing league with thousands of casual and hardcore gamers participating across multiple platforms and games.

The latest season will expand to having dedicated leagues for the Americas region, following previous expansions to Oceania and to accommodate gamers who race with assists.

"Season 16 is looking set to be another landmark edition of our F1 leagues," Hawkins told Autosport.

"With extra in-game features such as ERS, the new tyre carcass model and the visual upgrade on the graphics - which will definitely make the broadcasts more appealing on the eyes - league racing will have the strategic mindset about it again."

AOR's popularity was aided by the official F1 Esports series, which prominently features drivers who race or have raced in AOR's F1 leagues such as the first F1 Esports champion Brendon Leigh.

"With over 36,000 registered members, we've seen the AOR Community grow and grow from our flagship league on the F1 games," Hawkins added.

"Season 15 was a great success for us as we saw a record number of sign-ups.

"Towards the end of a game, it is usually hard to get people to sign up, but we found the opposite on F1 2017. I think this was massively helped by F1 embracing Esports.

"In fact, our top tiers across all platforms (mainly PC) are full of semi-finalists and finalists from F1 Esports Series 2017, plus a lot of drivers who made the Pro Draft in 2018. 14 of the 16 picked drivers from the F1 Esports Series Pro Draft are current or former AOR drivers.

"We can't wait to see what Season 16 brings to the sim racing community and we've certainly made sure AOR is the place to reward all participants for their constant efforts."

Gamers can find more information, including how to sign-up here. 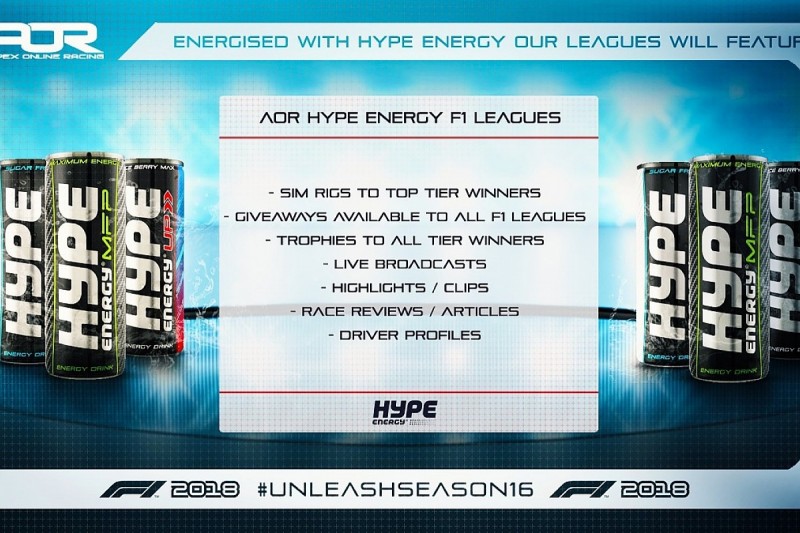