Perez was well inside the top 15 after the first runs in Q1 at Monza, and the Mexican - who regularly tries to save tyres in the first session if confident of getting through - opted to stay in the garage.

But the team underestimated how much the track would improve and how much slower cars would gain from getting tows.

Perez was eventually bounced down to 16th, missing out on Q2 by just 0.001 seconds.

After analysing the situation Force India has decided that from now on two runs will be the default plan in order to avoid risk, and that it will only switch to one if it is absolutely clear that its drivers can get through with their first run time.

"We should have sent Sergio out, and I think that ultimately cost us," he told Autosport.

"Mistakes should hurt you, and they have. Our default now is going to be to run twice, as opposed to the default being run once."

Perez managed to recover to eighth in the race, finishing behind team-mate Esteban Ocon. Both then gained a position from the exclusion of Romain Grosjean.

In just two races under its new identity Force India has passed Williams, Sauber and Toro Rosso to take seventh in the constructors' championship, helped by the extra points gained from the Grosjean exclusion.

Szafnauer said that cushion would not influence the process of swapping Lance Stroll into the car, which is expected to happen at some point after the Singapore GP in the middle of this month. 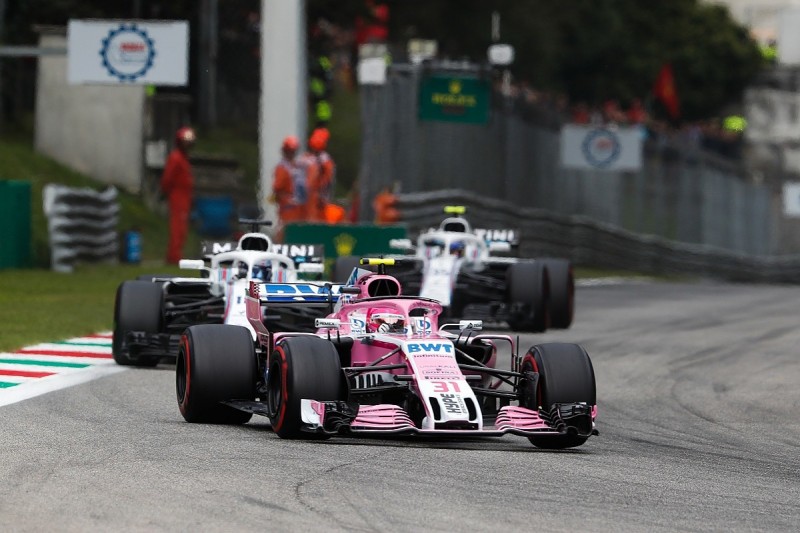 "The driver change thing will be dependent on other factors," he said.

"What we've got to do is keep our heads down and race well.

"We've got an upgrade coming in Singapore. I don't know if anyone else does, hopefully that will allow us to score some good points."

Technical director Andy Green said the update, which had been delayed by the team's financial situation, is "a good step."

"It's a bit of everything, but it's mainly aerodynamic." said Green.

"But there are some suspension bits in there as well. It's a good step.

"Post-shutdown is when we normally do the big updates, so it's slipped.

"The original target was actually before the shutdown, and then Spa, and then it slipped again.

"It's currently on schedule for both cars to run in Singapore."

Why Red Bull thinks Marc Marquez could make it in F1