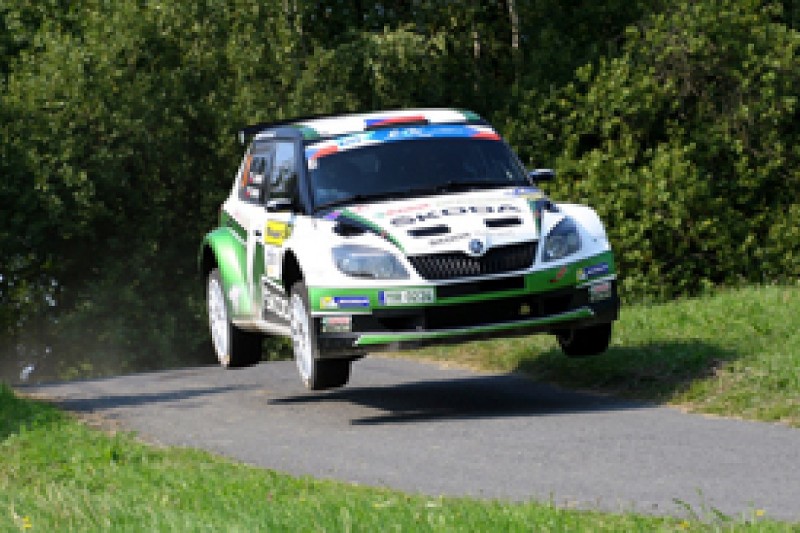 The Mini driver's run to second was similarly lonely, as he ended the day 28s clear of Roman Kresta, who is also running without challenge after Esapekka Lappi, driving the second of Skoda's three works entries, saw his podium bid end on SS6.

Lappi went wide halfway through the stage and hit a tree, losing almost four minutes to leader Kopecky. He took fifth on SS7, but failed to take the start of SS8 as damage to the roll cage ended his running early.

The third of the factory Fabias, in the hands of Sepp Wiegand, had an uninspiring run to end the day fifth overall. He lost fourth on Saturday's final stage to Jaromir Tarabus, who would be third if not for a one-minute penalty picked up on SS4.

Several drivers experienced trouble over the course of the day, including Ford Fiesta R5 drivers Tomas Kostka and Pavel Valousek.

Kostka suffered a broken front differential on SS5, while Valousek - who also held sixth at one point - picked up a puncture on SS7 and had to change a wheel, then lost his power steering on the same stage.