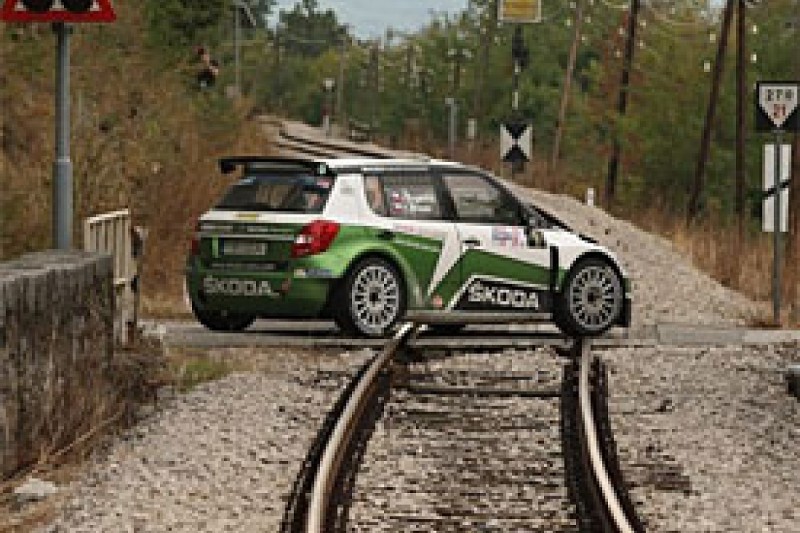 The works Skoda driver began the last leg with a 52.9s overall advantage and the title in the bag, having added sufficient bonus points to his already bulging tally by topping the end of day classification.

Kopecky increased his advantage to over a minute after the opening loop of the last day's stages before setting the pace through all three tests on the second pass in the afternoon.

He concluded the rally with victory on the superspecial Porec stage and won the event by a comfortable 1m55.6s ahead of Andreas Aigner.

Aigner had made an impressive start to the event having reaped the benefits of being on the correct tyre as the first handful of stages were run in mostly wet conditions.

The Austrian shot into the lead on the first full day as a result, but Kopecky soon found his form as the stages dried out in the afternoon and Aigner was demoted to second before the end of the first leg.

He held on to second throughout the whole of the final day, despite losing out to Herman Gassner Jr on the Salteria stage which brought the battle for second down to 0.7s before the interval.

The former Red Bull Junior driver fought back, however, to finish second by 14.2 seconds and clinched the ERC Production Car Cup as a result of Jarslav Orsak missing the event due to medical reasons. 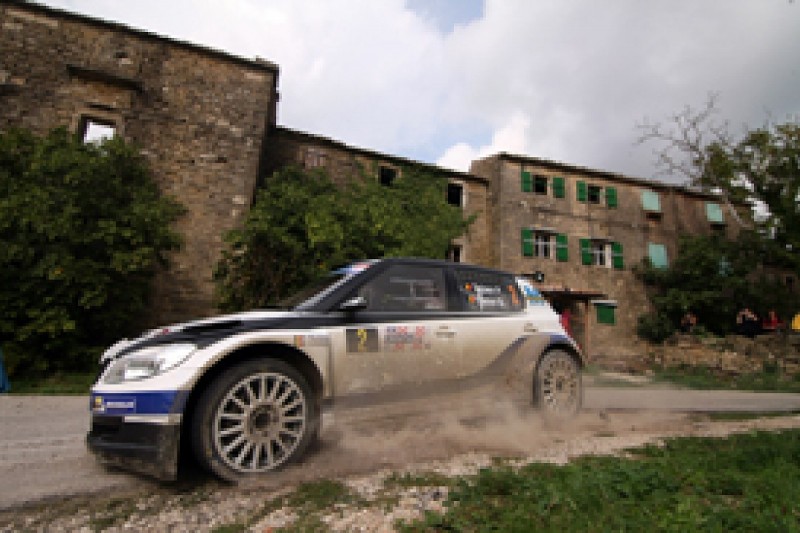 The Belgian pair shared driving and navigating duties, with Tsjoen behind the wheel on the final day. He managed to pull away from ERC debutant Henk Lategan, despite an early morning spin on the second stage.

Bonnefis was involved in a hefty accident on stage three and the Frenchman was taken to hospital where he was diagnosed as having suffered a fractured vertebra.

Stage eight was the scene of Sebalj's shunt when he clouted an earth bank and came to a halt in the middle of the road. He had been running in fifth at the time.