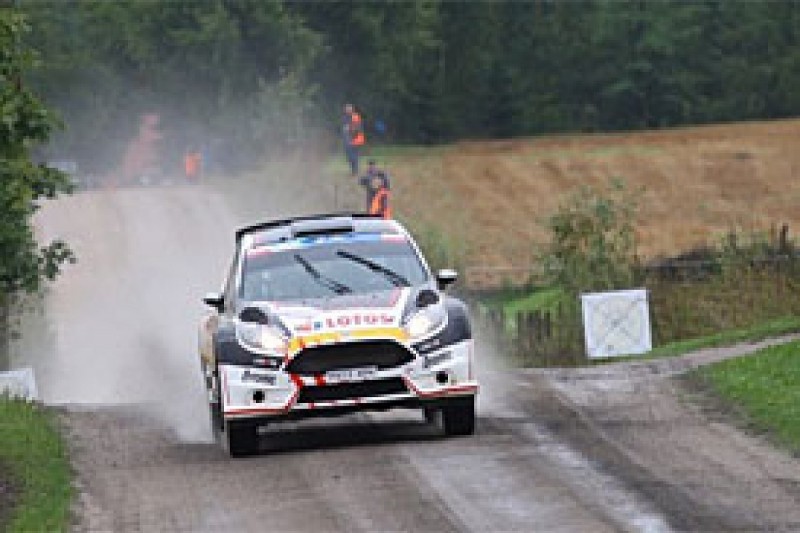 The erstwhile rally leader began the last leg with a 16.8s advantage which was slashed on the opening Biskupiec stage where Kajetanowicz blitzed the field and set a time 11.2s quicker than Bouffier.

The Pole went on to post the fastest time through Uzranki and was promoted to the top of the order after his French rival suffered a broken right-rear damper, which further hampered his progress through the final stage of the morning.

Distant third is current championship leader Jan Kopecky, who moved ahead of Michal Solowow and, despite suffering a broken propshaft, posted the quickest time in the 26-kilometre Mateuszrek test.

Michal Kosciuszko is another man moving up the order, even though he experienced his second powersteering failure of the weekend, and is now ahead of Krzystof Holowczyc and Craig Breen.

The Irishman has been unsatisfied with his performance this morning and lost time through Mateuszrek, when he hit something after cutting through a bank and punctured his rear-left tyre.

There had been speculation that Robert Kubica would restart the rally after battling to the end of Saturday's final stage, but despite featuring on the start list, the Pole has had to curtail his participation in the event.