The Circuit of Ireland Rally has been cancelled for 2017 due to uncertainty over funding for the Belfast-based event.

The Circuit, a round of both the European and British Rally Championships, had been funded by Tourism Northern Ireland, the NI Executive, local councils and private sponsorship.

Having endured difficult economic times in previous seasons, Willis is unwilling to risk the rally's financial future by forging ahead with plans for 2017 - when the event had been tipped for possible World Rally Championship inclusion.

The intention is for the Circuit of Ireland, the world's second oldest rally, to return in 2018.

"The decision not to run the rally next year has been the most difficult one I have ever had to make and will be extremely disappointing for a wide range of people including the hundreds of volunteers who have contributed so much," said Willis.

"We have been working hard with all our funders to plan ahead for 2017 but regrettably at this point in time the financial resources required to deliver the event are still not in place."

Willis said it was not worth risking the rally's reputation by running a substandard 2017 edition.

"To run the rally next year, in the current format, without the right resources and necessary planning period would be to do the rally a gross disservice," he said.

"I believe we cannot risk proceeding with the 2017 event at this point without financial certainty.

"The Circuit of Ireland Rally has reached a level of success unimaginable only a few years ago, attracting an enviable international entry list and with opportunities for even more growth within our grasp.

"For those reasons it is vital that the Circuit of Ireland brand is protected for future generations.

"While other options for a small, local rally may be considered for next year, my plan is to take the time to work closely with our partners to secure the necessary resources and plan for the Circuit of Ireland Rally to return in 2018 with an even better event."

Since taking on the Circuit in 2009, Willis has built it up to be the benchmark event for the European series.

Atmosphere is a difficult thing to create on a rally. The stages are miles away and the cars only really visit the service park three times a day. That makes creating a tangible 'buzz' extremely difficult.

But this year's Circuit of Ireland did just that. The bedazzling ceremonial start in Lisburn, the live feed showing the action, plus 'The Glens': the stage, over 19 miles of some of the trickiest asphalt in the world, had reigning European Rally champion Kajetan Kajetanowicz's eyes on stalks.

Swede Fredrik Ahlin said: "Ouninpohja is good, but this is something else."

The rally has had some troubled times, but has moved forward in giant steps in recent years, and event director Bobby Willis has made no secret of his desire to see the Circuit on the WRC calendar.

The loss of the Circuit - even for a year - will likely have lasting implications. Not only do we lose one of the region's best asphalt rallies, it could cost the Circuit a chance at a WRC place. A heartbreaking development for an event so ably guided by Willis and his team. 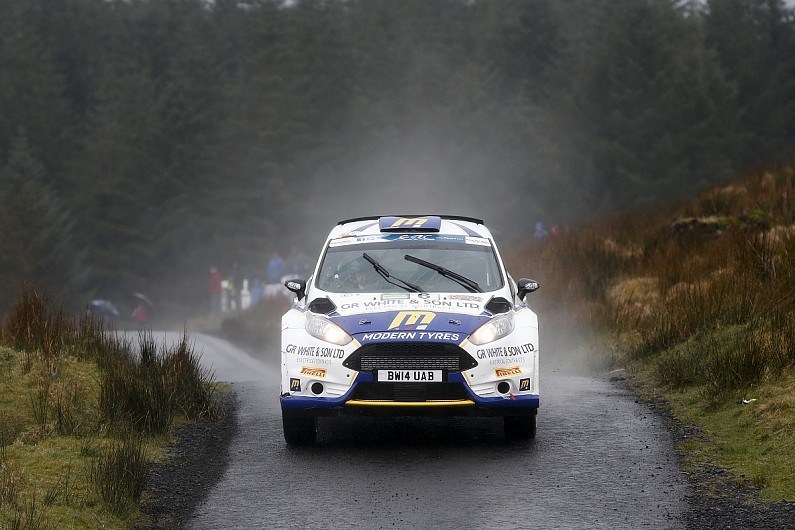