The Pole went into the Latvian round - delayed from February and run as a gravel event rather than a winter rally due to a lack of snow on its original date - just needing a solid points haul to retain the championship.

He achieved that despite several minor technical scares and put the title out of his rival Alexey Lukyanuk's reach.

Kajetanowicz did not win a rally this year until his home event in Poland in August, but regular podiums helped him build a cushion over the less consistent Lukyanuk - whose season began with victory in the Canary Islands followed by a testing accident that ruled him out of Ireland.

Late crashes in Estonia and the Czech Republic - the latter while impressively chasing works Skoda driver and home hero Jan Kopecky for victory - left Lukyanuk short on budget and prompted him to park his R5 Ford Fiesta in favour of his old Group N Mitsubishi this weekend.

His second place in Liepaja was insufficient to keep a title fight, which was only prolonged so far by Kajetanowicz's Zlin engine failure, alive any longer.

The ERC has struggled in 2016, with Kajetanowicz and Lukyanuk the sole frontrunning drivers contesting enough rounds to mount title bids.

Its downturn prompted stinging criticism from the organiser of its flagship Ypres Rally, while series chief Jean-Baptiste Ley urged Skoda and Peugeot to revive the factory programmes that had been the ERC's bedrock - arguing their profiles were ill-served by their focus on the World Rally Championship's WRC2 category. 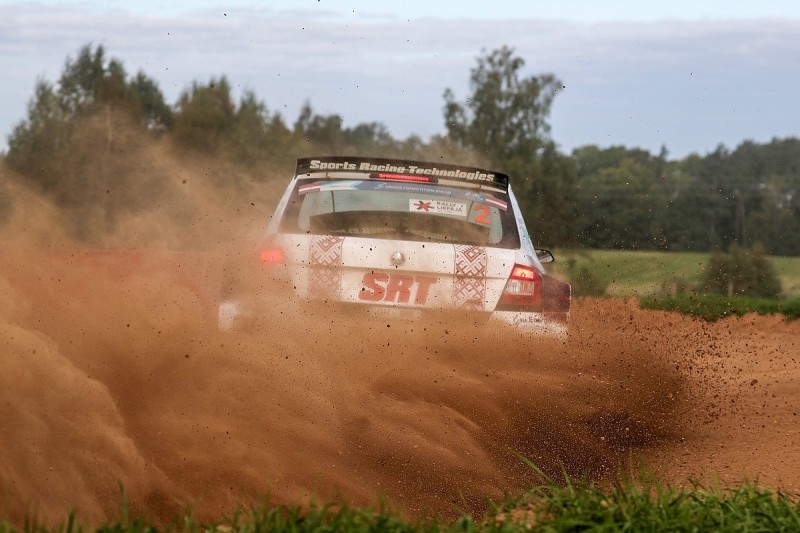 Ralfs Sirmacis (above) has been the breakthrough star of the season, graduating from the Junior class to win three rallies, including a dominant performance at home in Latvia this weekend.

It appeared earlier in the season that the ERC could receive a boost as the FIA considered putting its weight behind the series' Junior class in preference to the WRC's equivalent in its efforts to tidy up rallying's ladder categories, but this idea has now been scrapped.

Instead, a tender has been issued for a new Junior WRC concept to replace the current one-make Citroen DS3 R3 version and WRC3 - technically separate but invariably populated by JWRC runners - will be canned.