The current turbo-hybrid Formula 1 power units take an unfair amount of flak. Mostly, the pejoratives directed at them are predicated on the fact that they're not the wailing V12s or screaming V10s that past F1 fans were treated to, while other points of concern are usually in relation to their hefty price tags and complexity.

Fine, the noise might not be as tinnitus-inducing, but the guttural snarls of the current cars offer a different soundscape to each event. The old engines were a Red Hot Chili Peppers stadium tour - the current power units are a Nirvana gig in a small Seattle club. Perhaps the points about cost and complexity are fair, but as far as F1's bid to further the advancement of technology is concerned, the current powertrains are a necessity to keep it relevant and attractive to manufacturers.

Renault is one such manufacturer to throw its lot in with the current generation of powertrains, currently propelling its own works team - soon to become Alpine - and McLaren. It has also been able to take its F1 technology and turn it onto the road, injecting its expertise into the Infiniti Project Black S. This car has an F1-influenced MGU-K and two MGU-Hs to recover energy from braking and the turbocharger respectively, with the aim of helping that technology trickle down into mainstream Renault dealerships.

Part of Renault's advances in its powertrain development are entwined with its partnership with materials giant DuPont. Having developed products such as Kevlar and Nomex, DuPont has worked with Renault to bring those materials into its powertrain layout.

"We've been around automobiles since the advent of road cars," says DuPont global marketing manager Carlo Fiorella. "And really for the past hundred years or so, our products have found a way into most applications on an automobile.

"But now we're finding with ease and with partnering with F1 that we can really, really jump on that and find ways to go from track to road. It's just been a huge laboratory on wheels, the fastest development times and fastest way to prove our new products and new ideas." 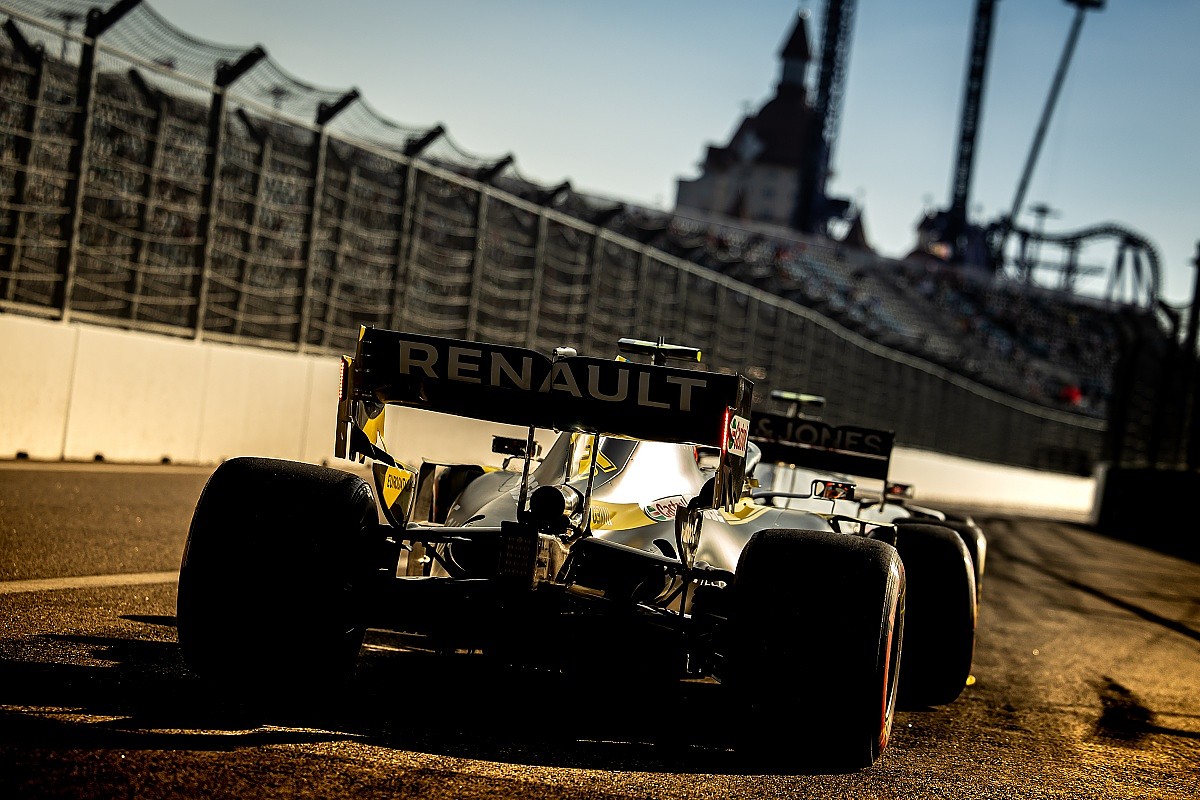 Kevlar was originally developed for the automotive industry, but for use in tyres to replace the heavy steel belts that most manufacturers used. With a high tensile strength, it proved to be much stronger than steel, and its most documented use is in bulletproof vests as it can withstand high, concentrated impacts. Nomex, meanwhile, has a particularly high thermal resistance, which means it is frequently donned by firefighters, as well as forming a significant part of a racing driver's overalls.

So how do you bring those materials into an F1 car? Fiorella explains that Renault's engineers select the material properties needed in the next design iteration, and in response DuPont can either suggest a way to use the products that they already have, or develop a version that's more suitable to the task.

"We also make Nomex in paper form," Fiorella explains. "We take the same flame-resistant, high-temperature-resistant material that the Nomex coveralls are made from, and we make a paper. That can be made to do both mechanical and structural pieces, so the cars have a lot of Nomex honeycomb. It's a sheet structure that can be used to make a very lightweight, high-compressive strength, shear-resistant core."

"Nomex paper can be used as an insulator in the very high-voltage F1 MGU-K. So we're able to take that paper and between Nomex and the MGU-K, we can increase the voltage, but also increase the durability of the motors" Carlo Fiorella

Some kind of honeycomb structure is used more or less across the board in F1, particularly with regards to the monocoque layout where high impact loads must be countered, but DuPont's Nomex paper also finds a use within the powertrain design.

Nomex is known for its thermal resistance, but also offers a high level of electrical resistance. With the hybridisation of Formula 1, contemporary cars use electrical energy to boost their power output, and this means that components such as the MGU-K and MGU-H require a protective layer of Nomex paper within to provide the requisite insulation.

"That same paper can be used as an insulator in the very high-voltage F1 MGU-K," Fiorella adds. "So we're able to take that paper and between Nomex and the MGU-K, we can increase the voltage, but also increase the durability of the motors.

"It's chemically resistant, so if you have a cooling oil that goes through the MGU-K, you know that it's resistant to that, and that this translates perfectly from the F1 technology over to the road cars. You know, more than four in five road cars are now using a Nomex paper in some fashion to insulate their traction motor on battery electric vehicles and plug-in hybrid electric vehicles."

This goes hand in hand with Renault's powertrain department based in Viry-Chatillon. A modern F1 power unit has to blend both power and efficiency from the internal combustion engine with a light, but equally potent, hybrid system. 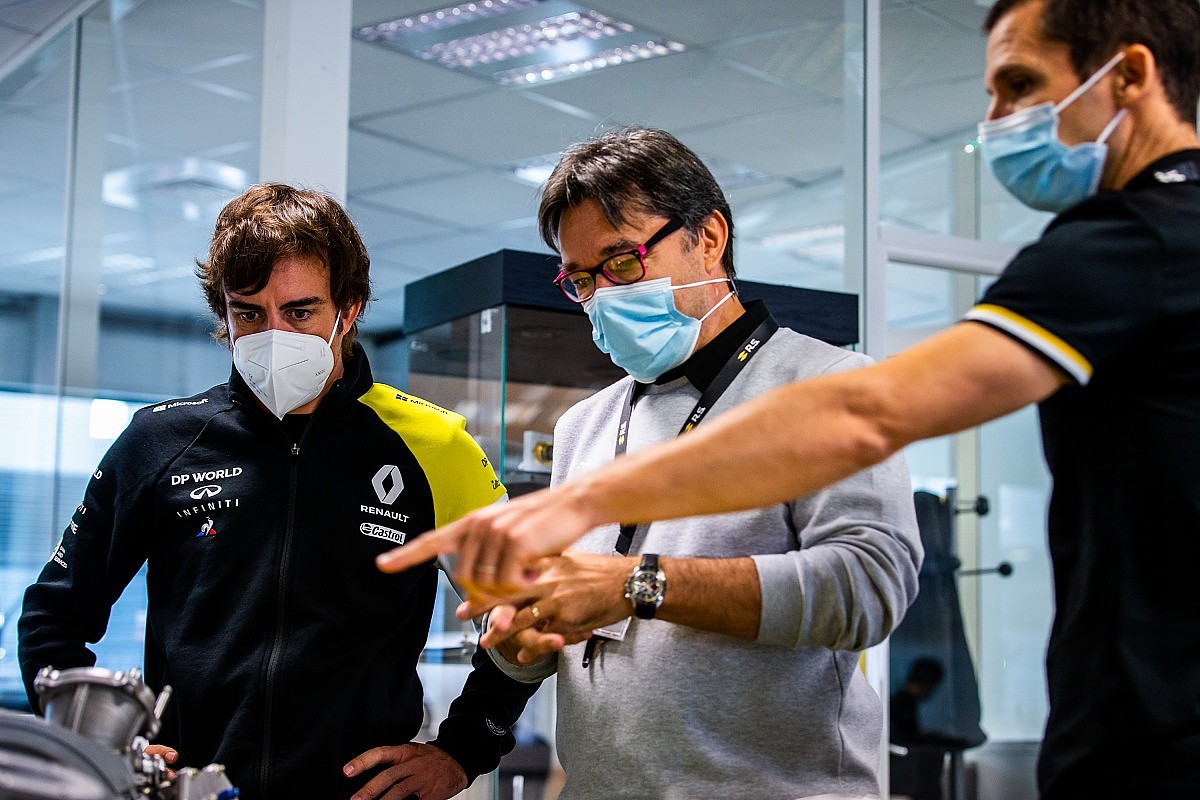 In the early days of regenerative technology in F1, the KERS unit - a proto-hybrid system debuted in 2009 - was incredibly heavy. Then-BMW driver Nick Heidfeld, racing for one of four teams - along with McLaren, Ferrari and Renault - who had elected to try KERS in its first year, found the system to be so heavy that it was detrimental to the handling of the car and asked for it to be removed.

Two years later, the advances in regenerative technology had meant that KERS was an absolute must-have, and the subsequent MGU-K is a significant part of a modern F1 car's layout. As Renault ERS architect Pierre Calippe explains, focusing on the mass of the power-unit components while striving for the utmost in safety has been a huge factor in powertrain development.

"We obviously have a big challenge in the ERS area where we need to make light products," explains Calippe. "Mass is very, very important but safety is absolutely key; there is the electrical installation that is very important. And so with DuPont, we've met with the team and we've built a team in both companies with experts.

"It's fantastic to get a wide product portfolio because DuPont has an extremely wide portfolio of products and materials. But more important to us is we have the experts coming and joining. And it's like you have a portfolio of product and you have together the perfect user's guide to your problem, because they can invent how to reuse such a product to resolve our problem."

Although Nomex forms part of the ERS construction, DuPont also offered Renault the use of its product Kapton, a polymer film that remains chemically stable across a 600-degree range of temperatures from as low as -269C up to 400C, making it perfectly suited to electronics on board spacecraft. But it also remains an excellent insulator for electronics, and Renault has used Kapton within its ERS to keep the electrical parts well protected with a very thin layer of film.

As Calippe adds, using smaller and more-lightweight parts means that the car ultimately is less hindered by the overall inertia as it goes through a corner. Although the individual electronic parts are small, reducing the mass of all of them adds up to a not-insignificant bonus. Many different grades of the Kapton film have been produced, with versions that operate better in different environments, and Calippe cites the partnership with DuPont as vital in determining which grade is the best fit for an F1 powertrain.

In developing the F1 MGU-K, Renault also found plenty of overlap with the advances it was making in Formula E once the regulations opened up. Calippe, formerly of Renault's FE project before it passed over to Nissan, says that the material advances in making the motor meant that Renault could begin to develop a lighter, faster motor. True to F1 and FE's resolve, that motor development can then find a place in the ever-increasing range of hybrid and electric vehicles on the road. 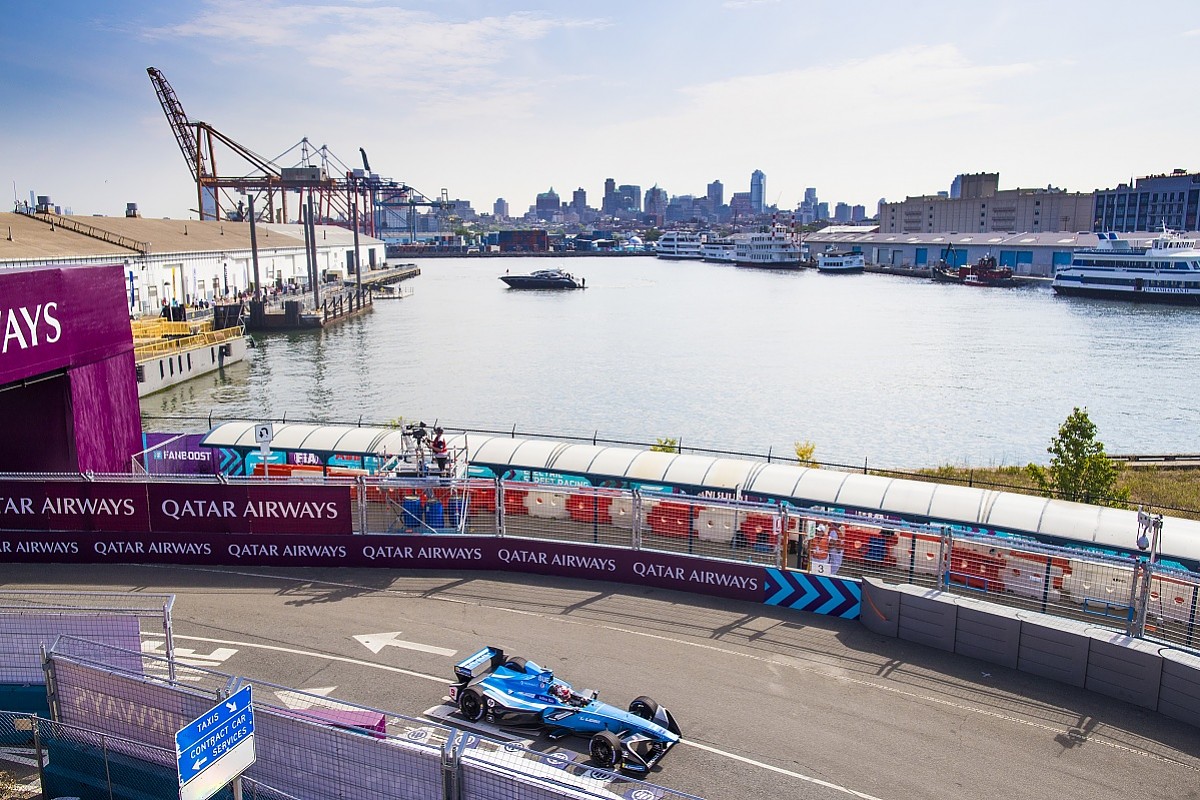 "When I look now," Calippe says, "we've made so much progress in this area by improving the materials and we're working on that also with DuPont to further improve it. There are sometimes surprises like in Formula 1 or in Formula E, we've made electrical motors which are running faster and faster, and by this you can make them smaller and smaller.

"And in road cars at the beginning, they don't think about 50,000rpm for an electrical motor, but this is the solution to make the model smaller. And so even though they don't go to such a high speed, there is clearly an increase in the speed of the motor and they understand it is feasible because we've done that before."

It's rare to get a glimpse under the skin of an F1 car, and our recount of technological developments generally remains restricted to what we see on the surface. Regardless, the more nuanced powertrain advances are just as important.

With F1 set to take on new rules in 2022, with some subtle changes to the power units, the advances under the skin will still remain all-important. And with DuPont at its side, Renault will aspire to show that it is once more championship material. 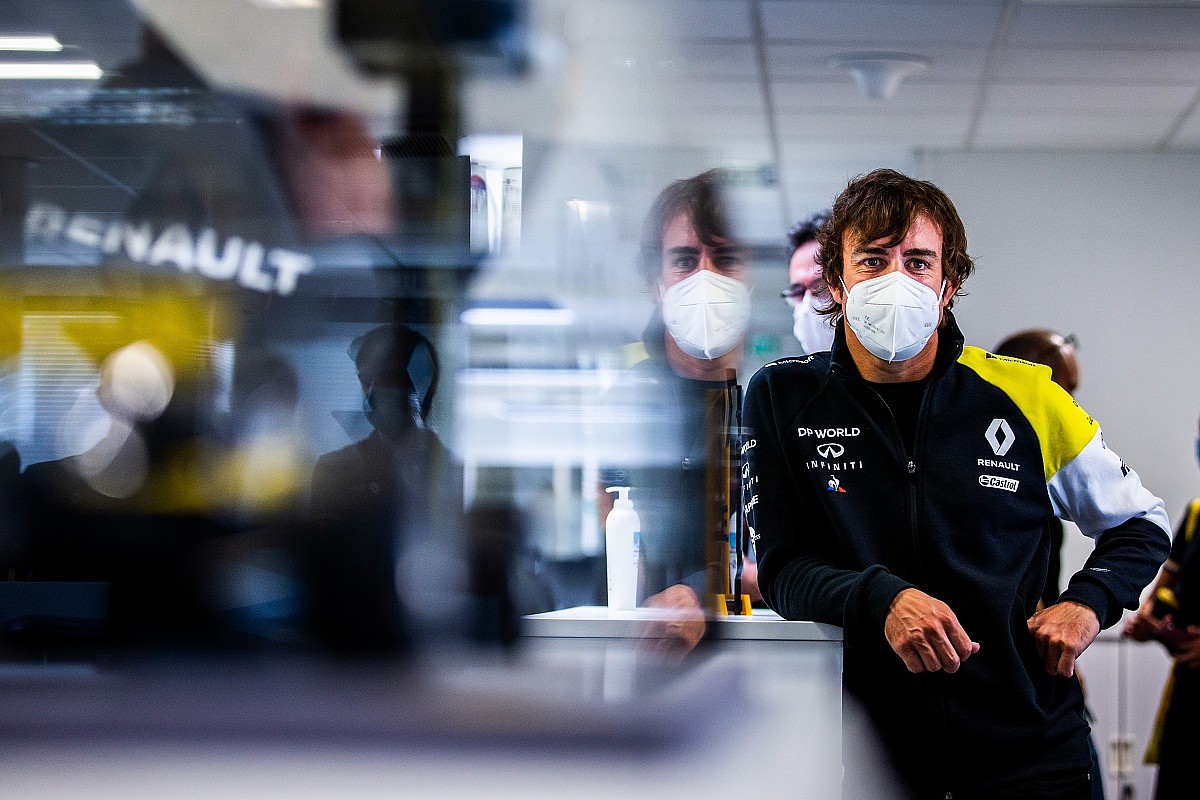