Wittmann: No need for Audi to sabotage my Red Bull Ring DTM race

BMW driver Wittmann criticised Audi and Muller earlier this year for their tactics in the second race at Moscow, while other complaints were lodged against the Swiss driver after the Zandvoort and Nurburgring rounds.

Now the highest placed of Audi's rivals in the drivers' standings, Wittmann felt he was targeted by the manufacturer at the Red Bull Ring and believes Muller tried to back him up towards his points-leading stablemate Mattias Ekstrom in race two last weekend.

"After he [Muller] overtook me, we were both two seconds slower," Wittmann told Autosport.

"Ekstrom was running behind me. So it was clear what was going on.

"It is what it is and I think everybody saw what happened.

"Audi had a good pace for sure, they were faster than us. After all, he [Muller] passed me.

"But [after] he passed me, he blocked me the same way he has done all year. I can only reiterate, this is on the line of unsportsmanlike behaviour."

Audi locked out the podium places in both races, on the first race weekend since the series agreed to scrap performance weights, while Wittmann went on to finish the race in sixth after he was shuffled down the order during a late safety car restart.

"It was clear to see who had the dominant car here," Wittmann added.

"That's why I think it was not necessary to destroy the race of the others.

"At the restart they weren't very fair either. I was the only driver in a sandwich of Audis.

"OK, Ekstrom had to give the position back. But the position I lost to [Mercedes driver Gary] Paffett was not given back to me." 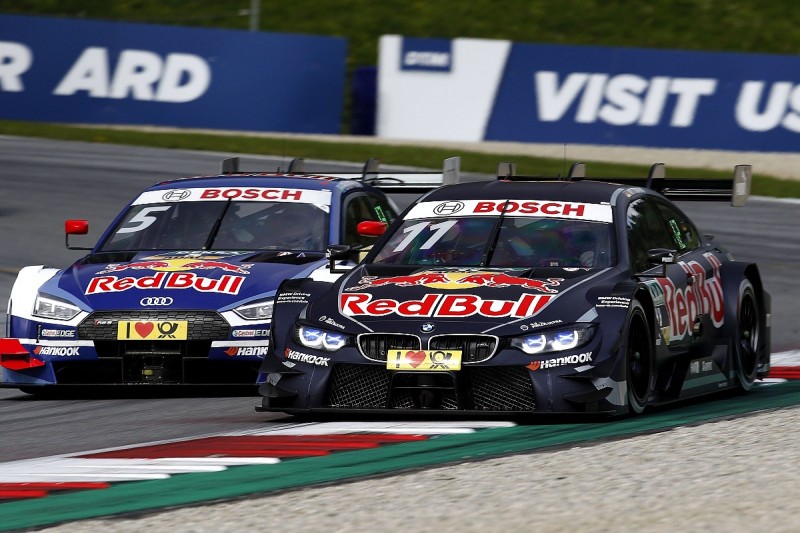 Two-time champion Wittmann will head to the Hockenheim season finale as one of six drivers with a mathematical chance of taking the title but, with 38 points to make up on leader Ekstrom, acknowledged a successful title defence is unlikely.

"Theoretically it's still possible, but realistically I don't think so," said Wittmann.

"I've said it already - the title fight has been distorted some way due to this whole weight decision.

"Now it seems that there is only one manufacturer left in the title fight."