Audi driver Kelvin van der Linde says he "has to laugh" at suggestions that GT3 specialists will have an early advantage in the new era of the DTM, saying he expects the series’ veterans to be on the pace immediately.

The 2021 DTM grid is essentially split into two groups, with drivers staying in the championship after its transition from Class One cars joined by a host of newcomers, many of them bringing their vast knowledge of GT3 cars with them.

Two-time DTM runner-up Nico Muller has said he thinks it will be "hard to beat” GT3 regulars “who contest 30 or more races in those cars” every year, while Timo Glock was quoted as saying he feels like a “rookie” in his 10th consecutive season in the category.

Abt Sportsline recruit van der Linde is one driver who has spent the majority of his professional career driving the Audi R8 LMS, but believes the level of long-time DTM drivers is so high that they would be able to adapt to GT3 cars in no time.

When asked by Autosport if he shares the opinion of drivers like Glock and Muller, van der Linde said: “I have to laugh every time I hear it, because I hear it a lot from my team as well at the moment.

“You don’t make it into DTM if you are not a world class driver. All the guys, Timo, Mike [Rockenfeller], all the ex-DTM drivers, and even my brother [Sheldon, who is driving for Rowe Racing BMW] is trying to play it down.

“For sure on paper it looks good for us, I'm not going to lie. But at the end of the day it’s still racing, it’s got four wheels, it’s got a steering wheel. So yeah, grow some balls and go for it boys.” 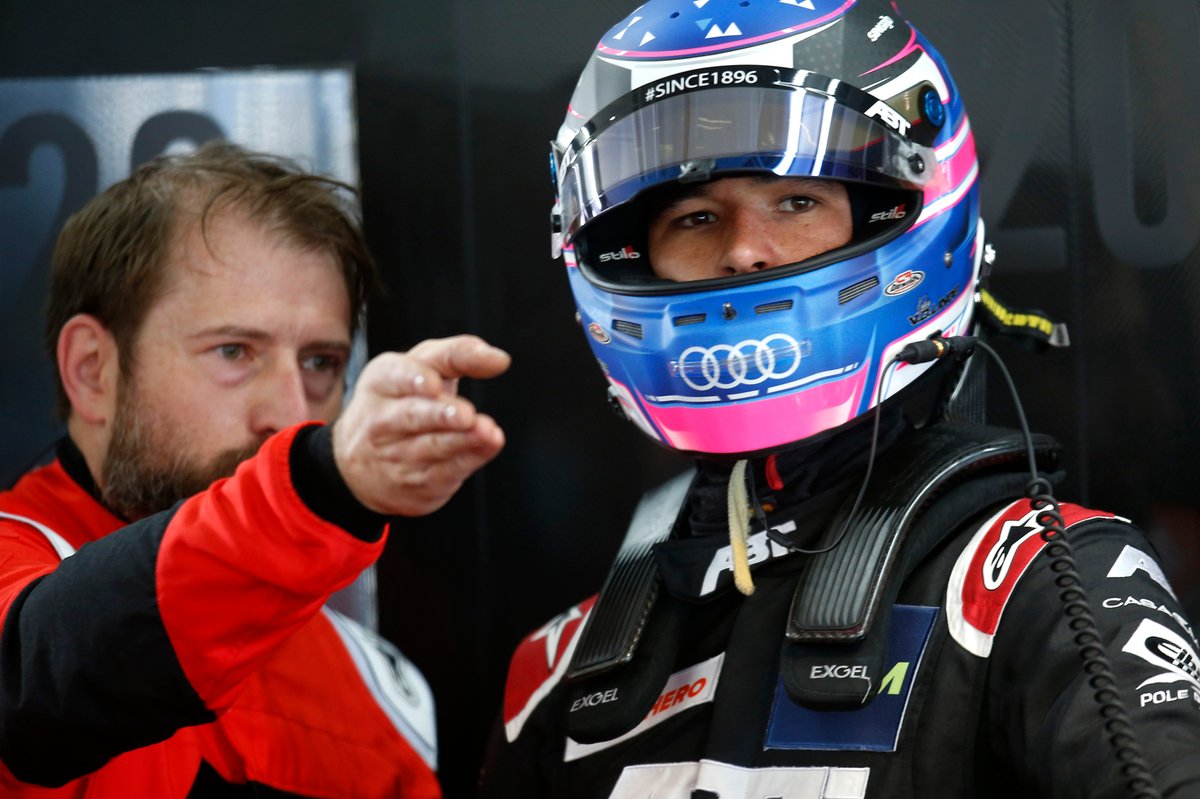 Glock competed with the BMW M6 GT3 in the opening two rounds of the GT World Challenge Europe season with the Walkenhorst team, securing a top 10 finish at Paul Ricard.

But his GT3 experience prior to this year is very limited, the ex-Formula 1 driver having made only a pair of race appearances with BMW in the Bathurst 12 Hour between 2017-18.

Glock is adamant that drivers with extensive GT3 experience will find themselves at the front of the pack in the opening rounds of the new DTM season, and feels his own preparation has been hampered by his Rowe team bringing only a single car to the Hockenheim test and skipping the final day of the Lausitzring running.

“In Hockenheim I shared the car with [team-mate] Sheldon so there was not much time in the car, and then at Lausitzring we suffered with a bit of technical problem on the first day,” he said.

“So at the end, let’s say I had one and a half to two days in the car and that’s it really. So there’s still a lot of things to learn.

“Even Kelvin is not really agreeing with it, but I think there is still an advantage for the drivers who are used to GT3 cars because they know it blindly, they know what they have to do.

“For me it’s still a learning process, how far I can go, where is the limit in terms of ABS braking and stuff like this, traction control.

“With the short amount of time we have, 45 minutes on Friday, [the two] free practice sessions are of 45 minutes [each], it’s not much. But again it’s a learning process and at the end we are going to find a way to get up to speed.”