Spielberg secures new deal to host the DTM until 2016

The series returned to the Austrian circuit in 2011 following a seven-year layoff and this year attracted a weekend crowd of 44,000 for its event.

ITR chairman Hans Werner Aufrecht indicated that the Red Bull-owned circuit's facilities, including the grandstands and car parks, would be improved in time for next year's race, following heavy rain this year.

"Spielberg has got the advantage of being a circuit embedded in the environment, thus automatically making for great motor racing," Aufrecht said. "That's one of the reasons why we love to race at Spielberg.

"Another one is the great organisation that is absolutely on the level it takes today for holding professional motor-sport events.

"At the same time, we also have the DTM fans in mind. We want to provide them an even better and nicer experience, during our coming race meetings at the track. And to be able to do so, we wish for roofed grandstands and an improved parking-area situation."

This year's race was won by Bruno Spengler, who headed an all-BMW podium that also included DTM rookies Marco Wittmann and Timo Glock.

So the DTM will continue to race at Spielberg for the next three years then.

Yes, the weather was appalling for half of the weekend during this year's event in early June; yes, you can't find a hotel for a reasonable price within 40 minutes of the track; and yes; it's a tad remote. 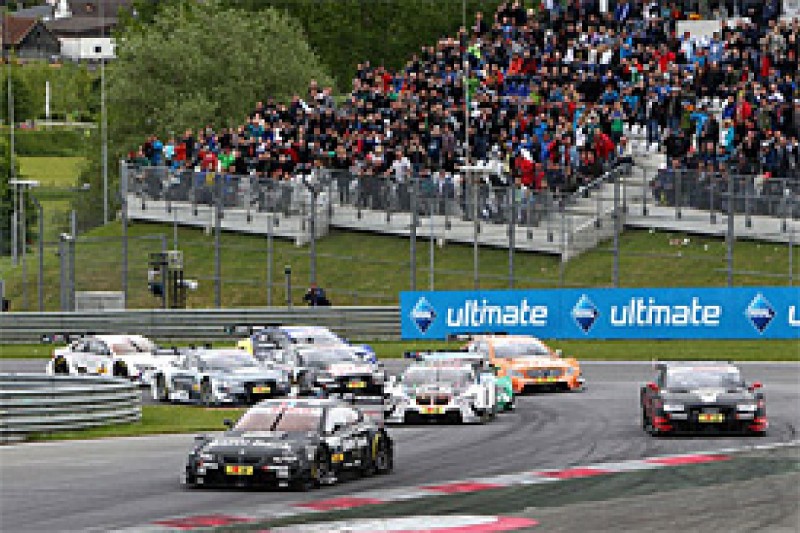 But it doesn't matter. Why? Because when you're watching trackside among the cowbells, breathing in the mountain air on the site of the legendary Osterreichring, most of which is still intact around the back of the grandstands, you know this place was just supposed to host motor racing.

Track owner Dietrich Mateschitz, of Red Bull fame, knows how to put on a show too.

Not only did the DTM and its regular support series entertain the crowds, but there were track demos featuring a number of Red Bull Formula 1 cars (and even a NASCAR Toyota Camry from its now defunct US squad) plus personal appearances from brand ambassadors like David Coulthard and Heinz Kinigadner.

Thursday's announcement of a new deal between DTM promoter the ITR and Mateschitz comes with certain caveats; namely the roofing of at least two of the main grandstands and improvements to the car parks to make them less susceptible to the elements.

It's nice to see progressive improvements keeping a venue with such history operating at a high level. Losing F1 could turn out to be the best thing that ever happened.