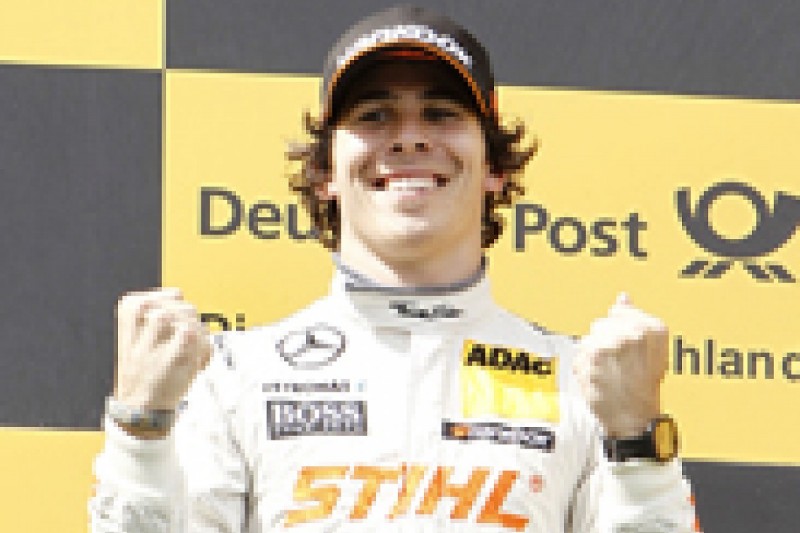 Key to Wickens' result were a succession of overtaking moves just before half-distance. After snatching fourth from Miguel Molina at the chicane on lap 18, he then completed an incredible round-the-outside move at Turn 2 to pass Augusto Farfus and Adrien Tambay for second.

The HWA Mercedes driver then began the long process of closing in on championship leader Mike Rockenfeller, who assumed the lead after being the first man to change to wet tyres as the rain fell.

With the Phoenix Audi driver's initial tyre change having taken place before the pit window opened, his race instantly became a three-stopper while Wickens and most of the rest of the field were able to pit only twice.

Rockenfeller's lead was reduced from 27 seconds before his second stop to just 13s ahead of his final trip to the pits, meaning that Wickens was able to pass him while the German was stationary and take a lead he was not to lose.

Polesitter Farfus, who led the initial wet laps on slick tyres, came through to second place with Christian Vietoris quietly - but effectively - climbing to third in his HWA Mercedes.

Rockenfeller had been virtually last at the end of the opening lap, having gone off at the race's first corner to avoid a spinning Joey Hand. He finished fourth and increased his championship lead to 35 points.

It is now Vietoris who lies second, with Wickens third overall and ahead of Bruno Spengler.

Martin Tomczyk avoided the first-lap melee, which also included spins for Edoardo Mortara, Mattias Ekstrom and Timo Scheider at Turn 2, to run in the top 10 all race and end his points hiatus in fifth while Tambay took sixth. 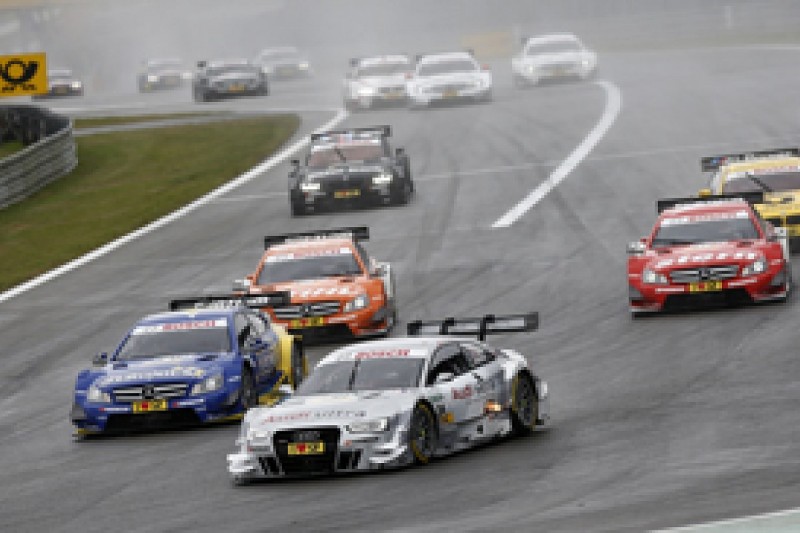 Marco Wittmann - who went off while leading on slicks on a wet track - and Miguel Molina, who also had an excursion while fighting with Vietoris, finished seventh and eighth, the Spaniard taking his first points of the year.

Albuquerque also made contact with champion Spengler at three-quarters distance, dropping the BMW man outside the points.

Gary Paffett had an awful race and finished a lapped 17th after he and Mercedes team-mate Roberto Merhi attempted a strategy of taking slicks at their first pitstops as the rain was at its heaviest.

Bruno Spengler denies DTM title hopes are over after collisions