Nurburgring 24 Hours winner van der Linde led throughout the 20-minute session in his Abt Sportsline R8 LMS, with his time of 1m46.604s from the first run proving to be good enough for a maiden pole in the revamped DTM series.

Red Bull protege Lawson didn’t set a competitive lap until the final five minutes of the race, but his first flying lap was already good enough - a 1m46.942s - for a provisional third.

Then the Kiwi, hit with a 25kg ballast for winning Race 1 on top of an 30kg weight penalty for both Ferrari cars, managed to find yet more time on his final lap, securing a spot on the front row of the grid with a 1m46.682s.

That denied the van der Linde brothers the chance to start at the front of the pack, with Rowe Racing BMW driver Sheldon having provisionally held second with a 1m46.834s until a late improvement from Lawson dropped him to third.

Nico Muller qualified fourth in the Team Rosberg Audi, just 0.004s adrift of the younger of the van der Linde brothers, as Esteban Muth made it four different manufacturers in the top five with a time of 1m46.849s in the T3 Lamborghini.

Mercedes had locked out the top four spots on Saturday’s grid but following a 25kg weight penalty the German marque’s best qualifier was HRT driver Vincent Abril in sixth, albeit just 0.248s off the outright pace.

Lucas Auer, who finished outside the points yesterday after a slow pitstop, qualified right behind Abril in the Winward Mercedes, as Maximilian Gotz (HRT), Daniel Juncadella (GruppeM) and Philip Ellis (Winward) completed the top 10. 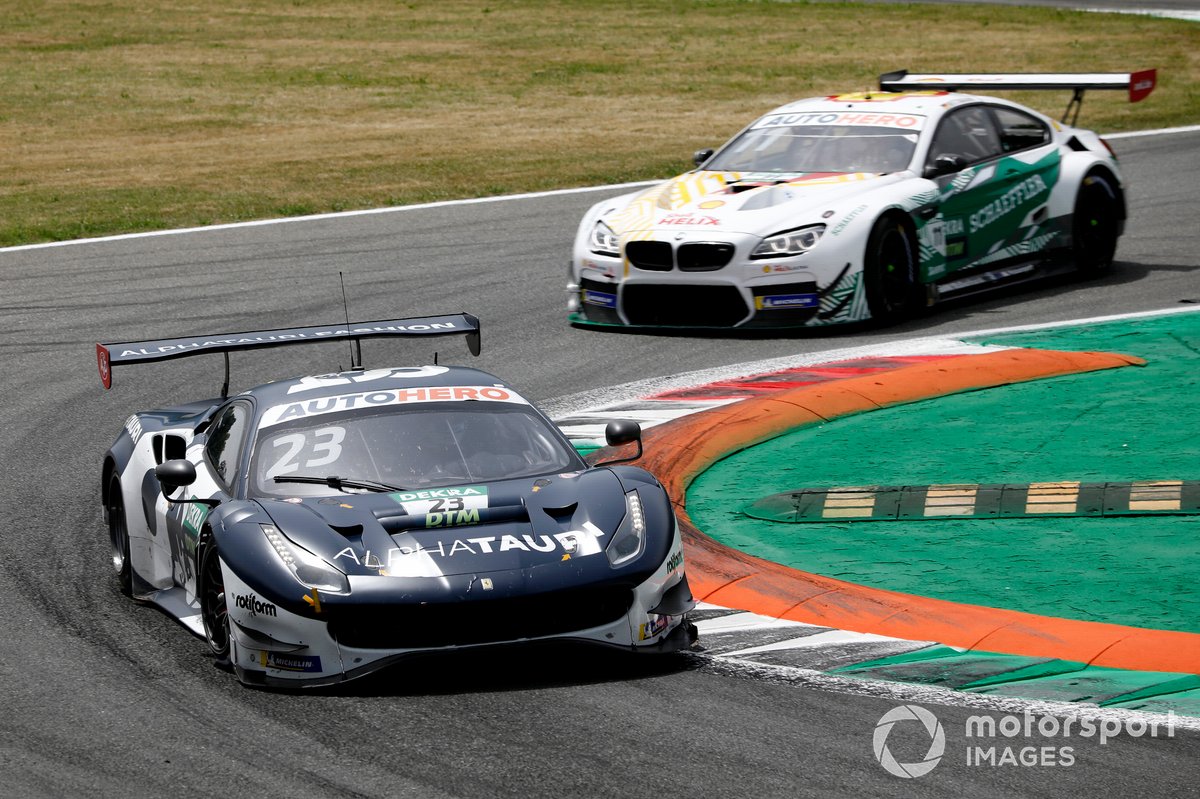 2013 champion Mike Rockenfeller ended up a disappointing 17th in the second of the three Abt Audis.