Felix Rosenqvist will make his DTM debut later this month at Moscow Raceway, replacing Esteban Ocon after the Frenchman was promoted to Manor's second Formula 1 seat

After winning the European Formula 3 Championship with Prema last year, Rosenqvist was given backing by Mercedes, which included a role as the marque's official DTM test and reserve driver as well as a campaign in the Blancpain Sprint Cup.

The Swede was also part of the Mercedes Auto Sport Promotion team that finished second at the Spa 24 Hours last month alongside Renger can der Zande and Tristan Vautier.

Following confirmation that Ocon would replace Rio Haryanto as Manor's second driver, Mercedes announced that Rosenqvist would step up to race in the DTM, starting with the Moscow Raceway round that takes place on the August 19-21 weekend.

"Getting the opportunity to race in the DTM is very exciting for me," said Rosenqvist.

"I've been a part of the Mercedes-AMG family for many years, and this was always one of my primary targets.

"It is going to be a real challenge, joining such an incredibly competitive championship mid-season, and I know I will have a lot to learn in a very short amount of time.

"Having been around the team in my capacity as test and reserve driver this season should help ease the transition, however, and I'm grateful to Mercedes-AMG for finally getting this chance."

Rosenqvist has also competed in the Indy Lights series this year with Belardi Auto Racing, although he has skipped the previous two rounds to fulfil his commitments with Mercedes. 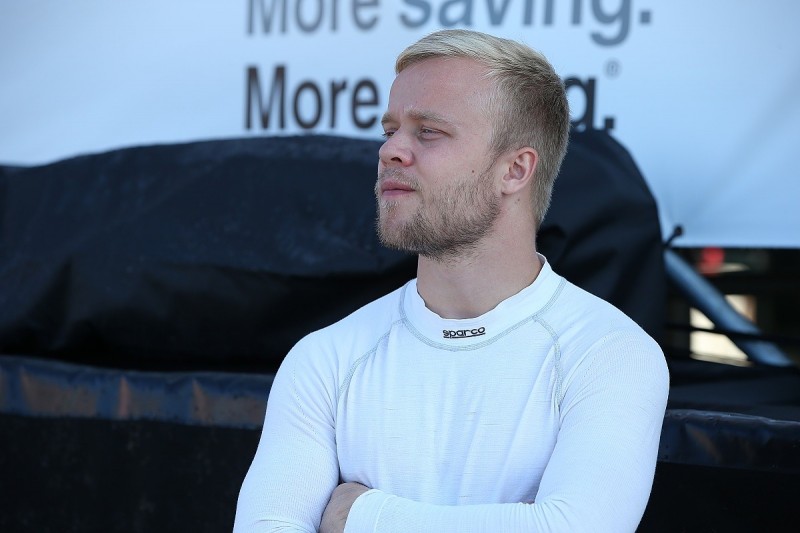