Mercedes is in discussions with the DTM regarding the possibility of supporting customer teams in the series, according to AMG customer support coordinator Thomas Jager

At a DTM presentation in Hockenheim last November, ITR boss Gerhard Berger strongly hinted that Mercedes would return to the series in 2021 at the advent of its new GT3 era, three years after it quit the platform to switch its efforts to Formula E.

But apart from GruppeM's announcement of a privately-funded entry, there had been no communication from Mercedes itself about getting involved in the DTM in the same capacity as Audi and BMW, both of which have pledged support for the new regulations.

However, Jager now says that the brand is evaluating the DTM's new ruleset, with the Daimler Group expected to make a call in coming weeks in consultation with its AMG subsidiary.

While Mercedes was initially sceptical about the DTM's move away from manufacturer-led entries, it is understood that the Stuttgart-based marque feels the series is still capable of offering immense marketing benefits in its new privateer-focused era.

"There is no final decision yet, but we are in talks with DTM and now finally evaluating," Jager told Autosport.

"The DTM is a great opportunity. If you manage to get many teams with different makes into the series and have very good marketing with a good TV package, then it's a super interesting platform.

"But the DTM only makes sense for a manufacturer if it is financially viable and there is a corresponding media counterpart."

Audi is supporting four cars in the DTM this year, while BMW's participation in the series remains unlikely until its new M4-based challenger is homologated in September.

Jager says Mercedes has yet to decide what kind of support it will offer should it get involved in the DTM, but warned that teams shouldn't expect to be fully funded by the marque. 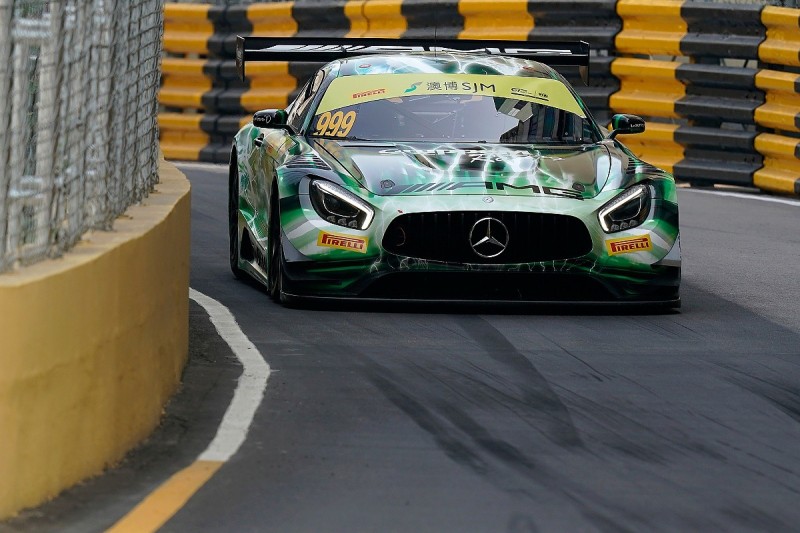 "We're now looking at how we can get this together, whether and what support the teams need, and what we can add as part of our customer sports programme so that the teams can be successful on the road," he said.

"There are a lot of teams who think, 'the manufacturers better pay 100 percent'. But that won't work."

Jager said Mercedes was hesitant to incur any expenditure on its AMG GT3 challenger to conform with the 'GT Pro' regulations the DTM was originally devising for 2021.

But with the series having seemingly abandoned the idea of running beefed-up GT3 machinery in favour of spec cars based on the same ruleset, Jager said a major barrier to entry has now been removed.

"Scepticism was there at the beginning because we knew that GruppeM and other teams would like to do it, but the technical framework conditions had not yet been clarified," said Jager.

"When they then said they wanted to ride without ABS, we said 'for that we would not only have to expand ABS, but also carry out massive development to make kinematic changes and so that the driver has a feeling for the pedals'.

"That's why we pleaded to use [standard] GT3 technology. Then at least the teams will have access to the platform. Now that all this has been sorted out, we are more positive about it, because we now have a car that meets the entry requirements."

Asked about the chances of Mercedes being involved in a formal capacity in the DTM this year, Jager said: "50-50. The economic conditions are certainly not such that you can support such an issue in the seven-figure range in a big way."