The DTM introduced a package designed to reduce downforce by 30% for 2018 and also implemented simplified suspension in order to cut costs and improve racing.

That in turn made setting up cars at the season opener at Hockenheim challenging.

Mercedes surprised with its early form and Audi was left confused by its turnaround in pace on Sunday after struggling through Friday and Saturday with oversteer and tyre degradation.

Paffett, who won the Hockenheim opener, expects that teams will continue to tinker with set-ups at this weekend's Lausitz round.

"If you look at it just based on Hockenheim, then you have to say that Mercedes are looking very strong," he said.

"If you also look at last year, Lucas had a great weekend at the Lausitzring [winning a race in 2017, and he will probably be very strong there.

"But after my first race weekend, I feel very confident that we can go and do something similar again.

"I've won at the Lausitzring in the past, and I think we need to look forward to it in a very positive manner.

"With the new regulations, however, every weekend is also a bit of an experiment.

"But I certainly don't expect the performance of the cars and the drivers to change that much from Hockenheim." 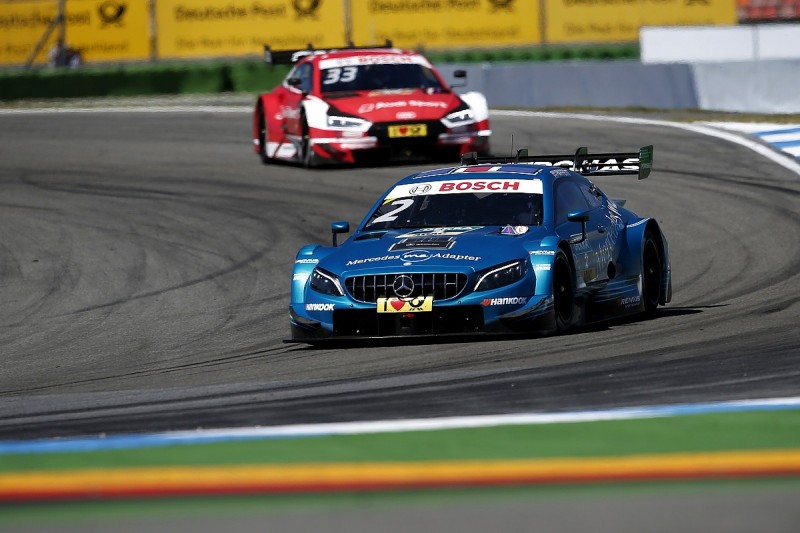 Paffett added that he did not expect Mercedes to be the early favourites, and he was surprised by Audi's struggles.

"I think I would be insulting my engineers if I said I was surprised that we were so good," he said.

"But obviously, we didn't know what to expect.

"It was a nice surprise that we definitely were the quickest and most consistent team on both days.

"The biggest surprise actually was the lack of pace of the Audi. Mercedes and BMW were both pretty close, and Audi seemed to have found some speed on Sunday.

"But it was definitely pleasing to see that we started the season in such a strong way."