Red Bull Ferrari DTM driver Felipe Fraga says taking his maiden series victory at the Norisring is a “life goal”, and explained his relief at ending a run of non-finishes.

The Brazilian DTM rookie earned Ferrari’s first win of the year with a controlled drive from pole, never coming under serious threat from runner-up Mirko Bortolotti as he won by 2.709s.

Fraga had started the season with a second place in the second Portimao race, after damage in the safety car restart in the opener forced his retirement.

But the 2016 Brazilian Stock Car championship’s title aspirations took a battering with a run of five consecutive non-finishes, starting at the Lausitzring where he suffered a puncture in race one and was unable to start race two due to a fire.

He also failed to finish either race at Imola due to a power steering issue and then a puncture, sustained in contact at the restart while he was battling for a net race lead. And in the crash-filled Norisring opener on Saturday, he was hit from behind by Esteban Muth at a restart and was unable to continue.

But Fraga rebounded on Sunday by securing his first series pole on his 27th birthday, then put in a confident drive to deliver a victory that moves him up to sixth in the standings.

Explaining his relief that he “finally finished a race after so many crazy races I had”, Fraga said:
“Until the pitstops, I gave my life, pushing really hard. I tried to stop looking to the mirror because [Bortolotti] would never let me breathe.

“But in the pitstops I think we were making a good gap, and then from there it was more okay.

“It was a perfect race, very important for the team as well.

“We had so many issues and stuff going on, but today the nice thing was that they were a big part of the win.” 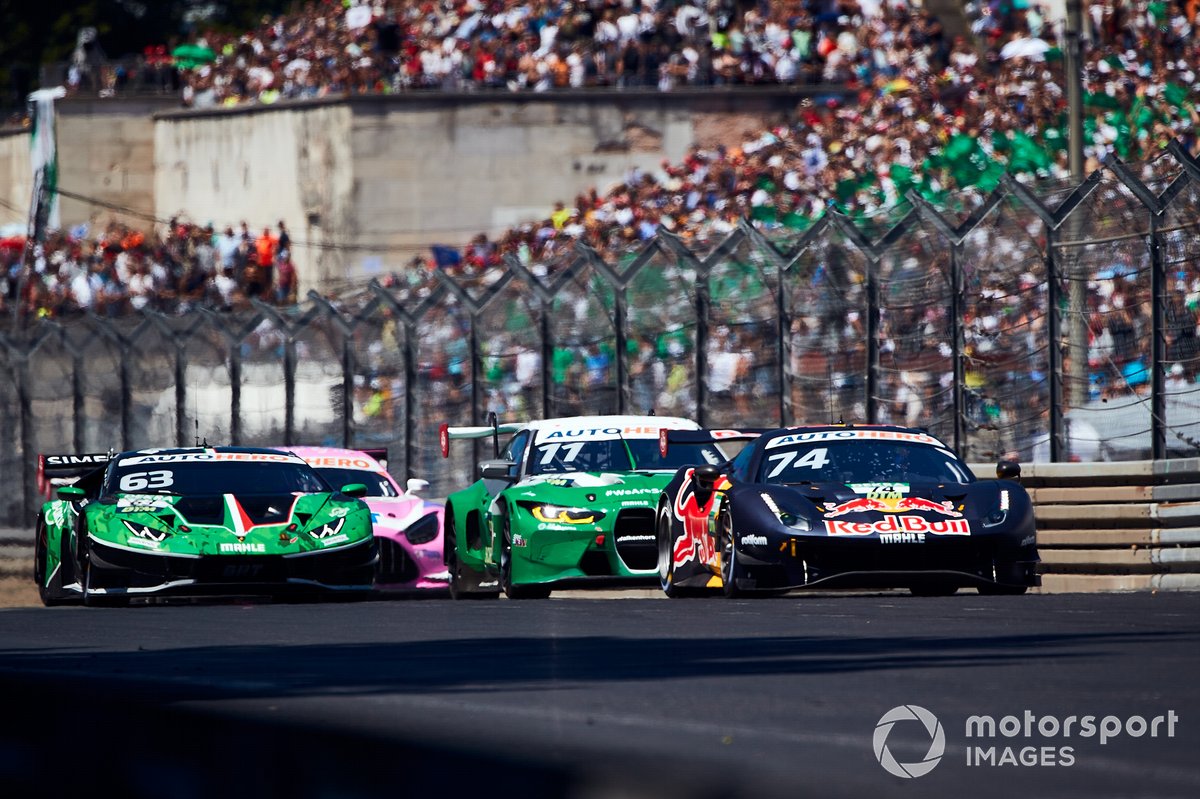 Fraga explained that the breakthrough win was “really special” having earned his high-profile DTM opportunity after spending over a decade on the energy drinks manufacturer’s books.

The win was also the first for a Brazilian in the DTM since Augusto Farfus at Zandvoort in 2013.

“I’ve been always fighting for a chance with Red Bull, the big one, and this year they gave me this opportunity,” he said.

“It’s really special for me just to be here, fighting with these guys. And when you are able to win a race like this, it's a life goal, I’m really happy.

“I was watching Rene [Rast] like when Augusto was in DTM and it’s a pleasure for me to be fighting with these guys and to now win a race, at the end so I’m really proud.”

The team boss of the AF Corse-run Red Bull effort, Ron Reichert, told Autosport that the result for Fraga was “more than overdue”.

“It’s not the first time that he showed he can be in the front,” said Reichert.

“He’s been competitive in every race, and he’s been in the leading positions in the last few races, but he really was I think the most unlucky man on the grid.

“We overcame the luck today and the racing God was gentle.”