Van der Linde held the net lead through the pitstop phase after pitting one lap later than Auer, and took the flag 3.59 seconds clear of Luca Stolz's HRT Mercedes to become the third different driver from as many different manufacturers to win this season.

It was the first series win for the new BMW M4 GT3, and the first for his Schubert team on only its third DTM start.

South African van der Linde took a wide line approaching the banked Turn 1 at the start and swept ahead of Auer's Winward Mercedes, with a fast-starting Stolz moving into third ahead of team-mate Arjun Maini.

Van der Linde began to open up a lead at the front and was a shade over two seconds clear when Auer broke up the status quo by pitting on lap seven as the window opened.

But a slight delay in the pits for Auer meant he emerged behind Stolz and, when van der Linde responded with his own pitstop one lap later, he remained ahead of the Mercedes pair.

A brief mid-race rain shower threatened to hurt the early stoppers, with Nick Cassidy (Red Bull Ferrari) staying out ahead of two-time DTM champion Marco Wittmann (Walkenhorst BMW), but never progressed to a point where drivers would consider taking wets.

Van der Linde continued to stretch his advantage out front and never came under threat from Stolz behind as he secured a first DTM win since Assen 2020, while Auer completed the podium in third. 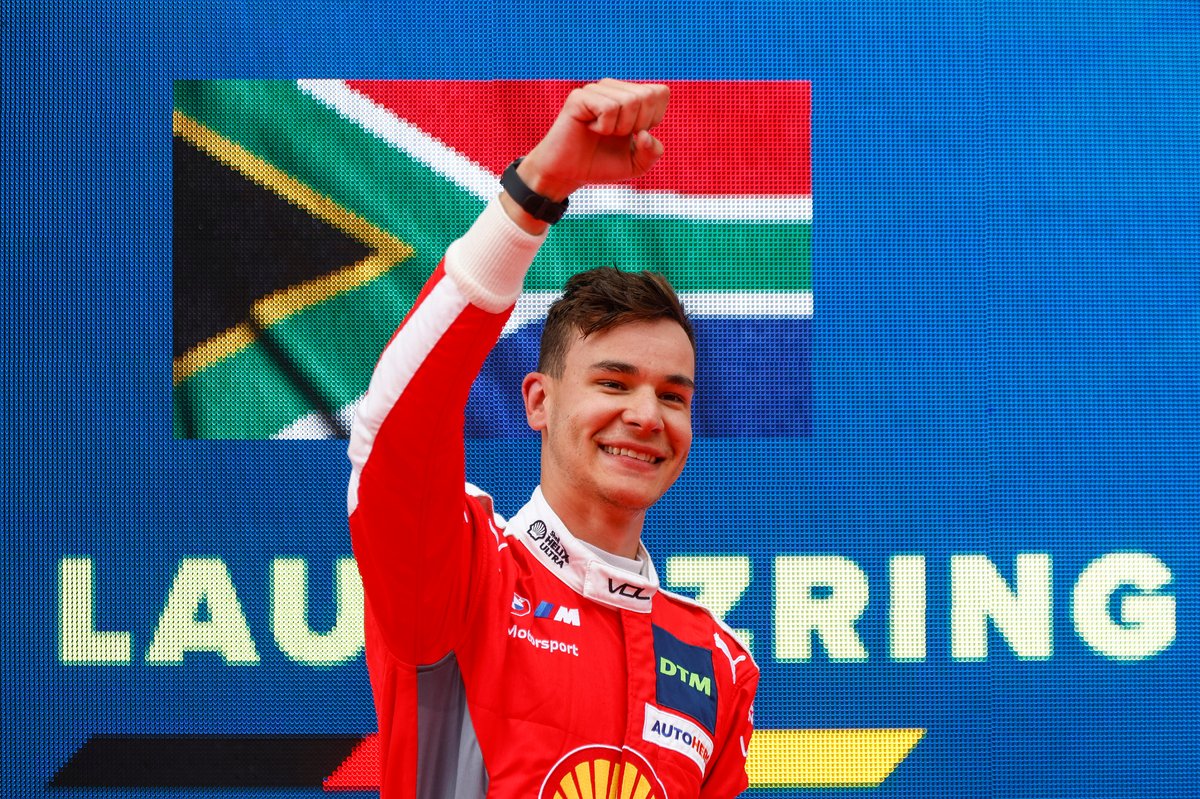 Maini held onto fourth place to the finish on a strong day for HRT, while Maro Engel (GruppeM Mercedes) was left to rue being shuffled back from third to sixth at the start as he finished fifth.

Pre-event championship leader Mirko Bortolotti also had a bad start, dropping back from ninth to 13th on the opening lap, but recovered to sixth as several drivers dropped out with punctures.

Ricardo Feller (Abt Audi) was running ahead of the Italian when he suffered a right-rear failure on the straight and retired on-track, while Felipe Fraga - who had run fifth early on - also retired due to a problem with the right-rear that had forced an extra stop.

Abt's three-time DTM champion Rene Rast scored the first points of his series return in eighth after being outmuscled by Laurens Vanthoor's SSR Porsche for seventh, as late-stopper Cassidy and defending champion Maxi Gotz (Winward Mercedes) rounded out the top 10.