Pascal Wehrlein took his maiden DTM race win in mixed conditions at the Lausitzring, as Marco Wittmann cruised to the 2014 title with two races to spare

Wehrlein had the most straightforward of races, charging into the lead from pole position before breaking away at almost a second a lap for the first 10 laps of the race in tricky drying conditions.

With that lead established, and with Christian Vietoris playing rear-gunner in second, the Mercedes driver could shadow the strategy of others, switching from wets to the option tyre on lap 29, before cruising to a 15.4s win.

"Amazing day, amazing weekend, amazing week," said the 19-year-old. "It was impressive, our pace in qualifying and the race. I could control the race."

Vietoris, who started back in 11th, did all of his hard work at the start and in the opening handful of laps. By lap five he was second, a position he held on to until the finish, despite some late pressure from Timo Scheider.

It should have been an all-Mercedes podium.

Daniel Juncadella was another driver to make a fantastic start, initally running second before settling into third. However, a drive-through penalty for not respecting yellow flags forced Juncadella to settle for fourth, gifting third to Audi's Scheider.

Robert Wickens, who also served a drive-through for the same violation as Juncadella, finished fifth, capping off Mercedes' excellent afternoon.

Wittmann, meanwhile, took a solid sixth, having spent most of the afternoon expertly keeping out of the way of people trying to barge past him.

His life was made significantly easier right at the start, when his two title rivals made crucial mistakes - for Mattias Ekstrom, the mistake was a poor start that dropped him into the midfield, while Edoardo Mortara gambled on slick tyres, a call that didn't pay off.

The title was then sealed when Audi failed to properly fit Ekstrom's front-left wheel during his stop, leaving him out of the race, and handing the title straight to Wittmann.

"To achieve this is something really special for me," said the new champion. "I'm proud of it, and proud of my team. All the thanks to BMW for that." 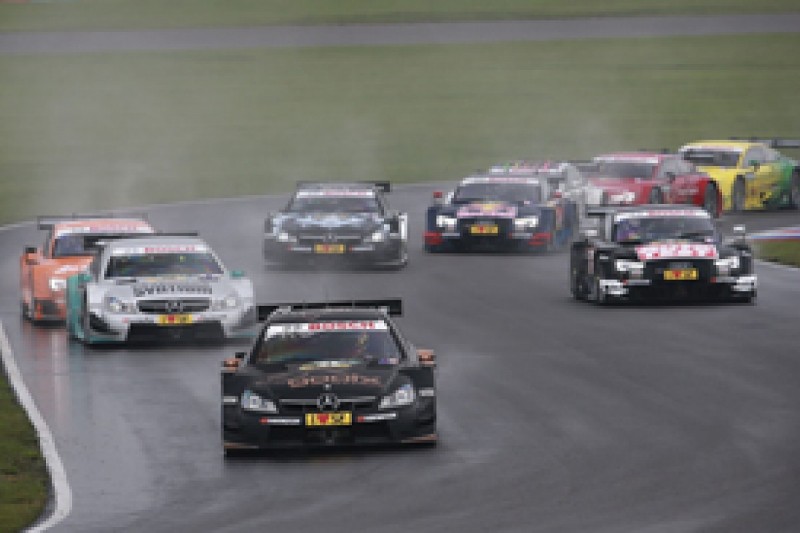 Augusto Farfus came from 20th on the grid to finish seventh, ahead of Miguel Molina and Martin Tomczyk, who finished ninth after starting last, and being spun mid-race by Jamie Green.

Outgoing champion Mike Rockenfeller rounded out the top 10, but it was a miserable afternoon for the Brits in the field.

Gary Paffett failed to live up to his qualifying pace and finished 13th after an action-packed afternoon in the midfield, while Jamie Green had frontrunning speed but finished 17th after spinning three times and serving a drive-through for hitting Tomczyk during his third and final trip facing the wrong direction.

Paul di Resta almost had a brilliant race, moving his way from near the back to sixth place - before running wide while scrapping with Wittmann and immediately retiring from the race.