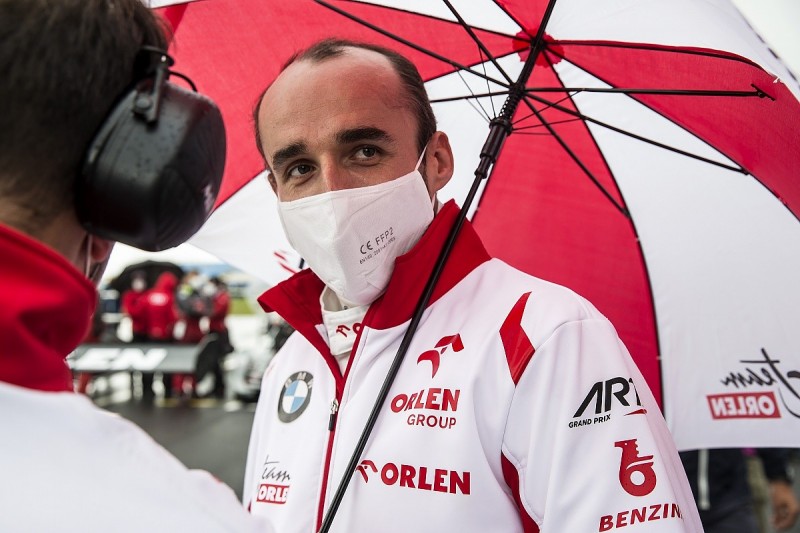 After a nightmare start to his maiden season in the DTM in a customer ART-run BMW M4, Kubica earned his points finish with a 10th place in the first race on Saturday.

He appeared set to replicate that result in a wet race two on Sunday, having qualified a season-best 10th and overtaken WRT Audi's Harrison Newey to run ninth early on.

The 2008 Canadian Grand Prix winner stopped for fresh wet tyres at the end of the seventh tour, and returned from the pitlane on an empty track.

But unlike fellow BMW driver Sheldon van der Linde, who pitted three laps later to score his maiden DTM win from 14th on the grid, Kubica simply couldn't show the same pace on fresh wet tyres as he did in the first stint and he eventually slipped to 15th in the final classification, only ahead of a lapped Newey.

Speaking after the race, the 35-year-old felt he could have finished higher up the order had his team fitted his car with low pressure tyres in line with the drying track conditions.

"It's a bit of a shame because we talked about it before the race, we did everything perfectly and we decided what we had to do," Kubica told Autosport.

"Although we didn't have massive pace, still the second stint was so bad because there was a mistake on which set [of tyres] went to the car. 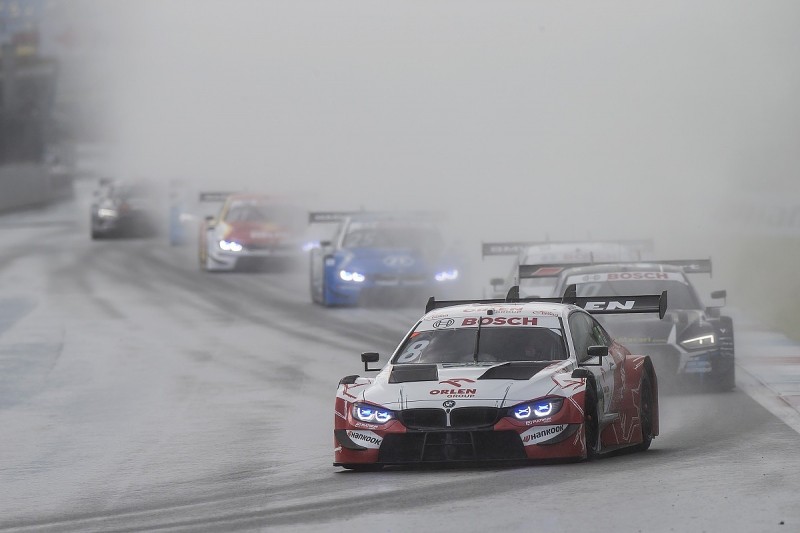 "When you have this condition it is important to have right pressures in the tyre and the pressures were a bit incorrect.

"You prepare different sets with different pressures and depending upon how much water you see [and] what is the weather.

"But it was clear that we would stop early and we would go long, the track was drying up and we needed as low pressure as possible.

"Unfortunately when I came out after one lap I discovered, because the team cannot tell you that - by feeling, you know something is wrong and the only thing that can be wrong is this."

Kubica said he was not frustrated to see van der Linde's strategy work out, saying he simply didn't have the same pace.

"It's not frustrating," he said. "I want to congratulate BMW and him. It's a question of doing a better job.

"I'm sure he gained quite a lot of time and the position. For me in the end it was just lack of pace.

"I had Sheldon coming out from the garage a few laps later, he just pitted in front of me.

"If I would have the pace we probably finish... in the end the decision was made before the start of the race, we just didn't have the pace.

"After two laps my rear tyres were all over the place, the car was not handling [well].

"We know the reasons. But that's how it is."