Magnussen, who has now split with the F1 squad after spending 2015 as its reserve, joined Mercedes for the DTM's traditional young-driver test at Jerez from Tuesday to Thursday.

Having also tested Porsche's LMP1 racer last month, the Dane was impressed with the C-Coupe.

"It was a really good day, and the test was a lot of fun," Magnussen said after his running on Thursday.

"The DTM is a completely new experience for me. So far, I've always driven single-seaters.

"Consequently, it was a totally new experience to test a touring car.

"The car has very high downforce and much more grip than you would expect.

"I can imagine that racing in one of these cars is really enjoyable."

Magnussen's father Jan raced in the series with Mercedes in 1995-96, and the brand represents his best possible path into the series, as he explores options for 2016.

Mercedes' line-up is expected to come together when 2015 champion Pascal Wehrlein's potential move into Formula 1 with Manor is resolved either way.

Audi has announced it is retaining the same eight drivers in 2016, while BMW is expected to do the same.

Single-seater drivers Raffaele Marciello - poised to lose his junior Ferrari role - Marvin Kirchhofer, Jazeman Jaafar and Mikkel Jensen also tested with Mercedes at Jerez, along with GT racer Maro Engel, who competed in the DTM between 2008-11.

Like Magnussen, Evans tested Porsche's LMP1 racer last month, and the New Zealander is keen to forge a relationship with a manufacturer.

"I don't have a lot of experience with a roof above my head and was surprised about how much downforce and grip the Audi RS 5 DTM generates," Evans, who has just finished his third GP2 season, said.

"It's breathtaking to see how fast you can attack in the fast turns. Braking power is fantastic too.

"My goal is to work together with a manufacturer. I hope that I've been able to impress Audi a little in this test." 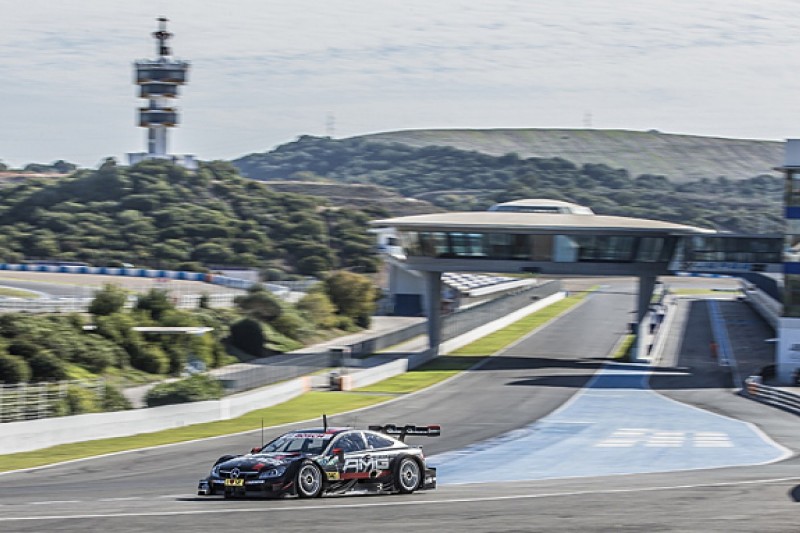