Formula 3 driver Russell was one of four young drivers running with BMW at Jerez in the traditional post-season rookie test, joined by Alexander Sims, Jesse Krohn and Louis Deletraz.

Having previously sampled a Mercedes DTM car at Silverstone as part of the McLaren Autosport BRDC Award process, Russell's programme included a series of qualifying runs.

In one of the series' format changes for 2015, qualifying became an all-in 20-minute session for each race, with 14 different drivers taking pole across the 18 races.

"I did quite a lot of qualifying sims, because obviously if you want to win races in the DTM you have to qualify at the front," Russell told Autosport.

"It was the first time I've really driven with a tyre where the time is on lap one.

"I think that is a little bit the nature of the circuit as well, but you have to go out there and 'bang'.

"It was a tall order and a great experience."

He travelled straight from Jerez to Barcelona for his latest F3 test with Hitech Grand Prix.

"Obviously it's got power steering, which is good on your arms, but then everything goes towards your neck," he said.

"I felt my neck a lot more than I would in an F3 car, just because you don't really have that feeling there in your arms."

With BMW expected to retain the same eight drivers in the DTM next season, an opportunity to join the field in 2016 is not on the cards.

However, Russell said he could see himself racing in the series in the future.

"It's something I've always looked up to," he said.

"I used to watch DTM quite often and on TOCA Race Driver, I used to play DTM a lot - so since I've been a kid, DTM has been something I've loved.

"I can definitely see myself in there one day, it would be a great opportunity if I got the chance." 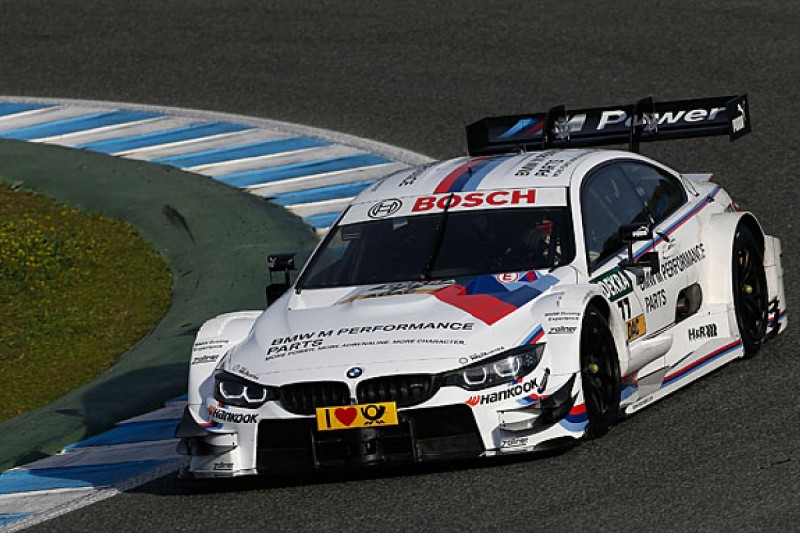