The Audi driver won four races during the season, with eventual champion Pascal Wehrlein and stablemate Mattias Ekstrom the only other multiple winners, each with two.

Green was also one of only four multiple polesitters on his way to second in standings, ultimately only 19 points behind Wehrlein.

His title hopes unravelled during a lean run in which he scored 32 points in 12 races.

During that window - in which Wehrlein scored 133 of his eventual 169 points - Green was leading in Austria before suffering a gearbox problem, and was slowed off the line at the Nurburgring by a handbrake problem after qualifying third.

"This is a very tough championship, so to be competitive is always tough, and this year I've been very competitive," he told Autosport.

"I think from my point of view, I've done a good job, but you can only do your job as a driver.

"I'm not responsible for reliability and the things that broke on the car are not even Audi parts. They're standard parts that are on everybody's car.

"The gearbox is from Hewland, there's a small part that failed in Spielberg, I think it was a microswitch type of thing, but unfortunately it failed when I was in the lead, and then you lose 25 points from that.

"It's just bad luck, which is how I would sum up the year.

"But who knows? Next year might be an even better opportunity."

At one stage, Green went five races without scoring, and was later caught up in a pair of first-lap incidents.

He also acknowledges that his wet-weather form was a weakness.

"I think too many zero scores was the problem this year," he surmised.

"Performance in the wet for me was poor this year, we had two wet races, I didn't score points in either of those: Mattias won both of them, so clearly Audi was capable of it, but we at [Team] Rosberg didn't quite get it right.

"In this championship, if you don't get it right, you are nowhere.

"I think the four wins speak for themselves, and we are a little bit unfortunate, which is a shame."

While six of Audi's eight drivers won races in 2015, Wehrlein was one of only two Mercedes winners.

It was a point highlighted by Ekstrom, who finished third in the standings.

"I think this year the best guy was Jamie," the Swede said.

"It's not because he's a team-mate, but I think that's the truth.

"He had no luck whatsoever, for those two races with technical issues, and on top I think he also had team-mates who made his life much harder than Pascal's did." 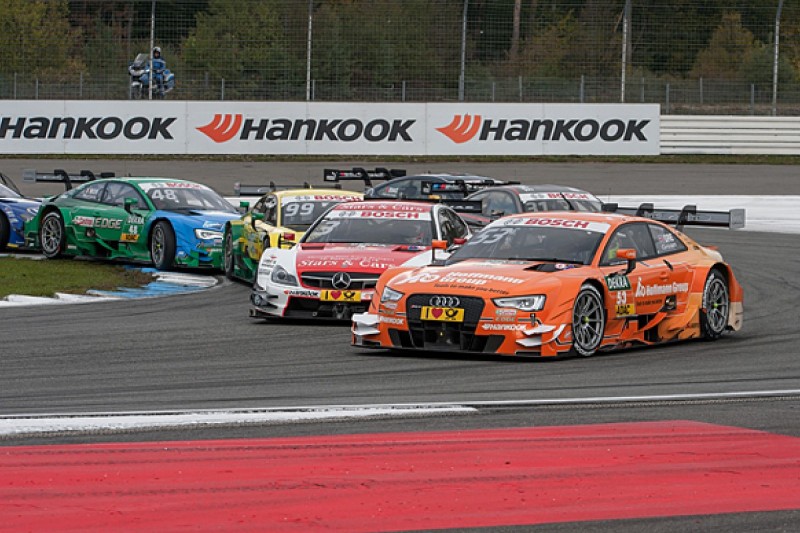 DTM could delay introduction of new turbo engines until 2019