Dev Gore became the first American podium-finisher in the DTM's history at Imola on Sunday, despite making two pitstops, after “a weird 20-position overtake” helped him to claim second.

The Team Rosberg Audi driver admitted to over-driving in qualifying in his efforts to compensate for a 25kg Balance of Performance hit dealt to all Audi runners and started 21st on the grid.

His race appeared to have been badly compromised when he picked up a puncture in the opening lap skirmish avoiding Laurens Vanthoor's spun SSR Porsche and had to come into the pits, dropping him to the back of the field.

However, this proved a blessing in disguise when Rolf Ineichen's brake-troubled Lamborghini clattered into Thomas Preining at Rivazza and brought out a safety car.

Gore was able to go slowly enough to ensure that the window for mandatory pitstops had opened as he was completing his fifth lap, and thus managed to pit one tour before the remainder of the field that was still trawling around at reduced speed behind the safety car.

As the 24-year-old caught back up to the pack, which then pitted, he cycled to the front of those who had stopped behind only those who had gambled on being able to build a buffer from the front.

Although he was unable to hold off eventual winner Ricardo Feller's Abt Audi following the restart, Gore was comfortably able to repel Lucas Auer's Winward Mercedes and finish second as a final lap mistake from Auer allowed Walkenhorst BMW driver Marco Wittmann to claim third.

Gore, whose previous best finish was 12th at the Lausitzring last year, explained: "The team did a really fantastic job giving super-clear instructions.

"The radio was going to melt because of how many people were talking!

"But we managed to actually go slow to just pass the pit window, stop, change the tyres and still manage to come out without losing a lap to Ricky [Feller]. 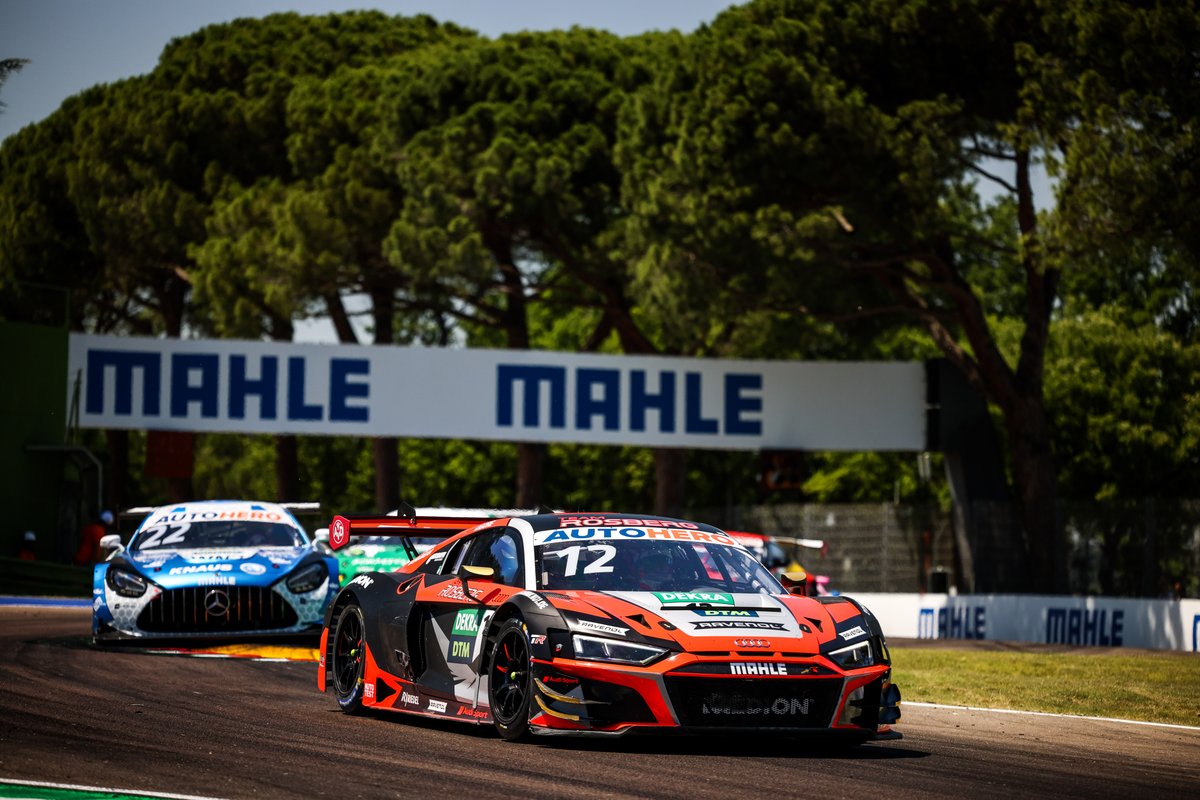 "We really just found ourselves back in the fight, sitting P4 with the cars in front of me to pit still, and everyone behind who had already stopped.

"We kind of did a weird 20-position overtake, but it worked out and was really well-managed by the team."

He added: “I think we made the pit window by just a couple of seconds.

"I was basically having to constantly slow down, speed up, driving around the track by myself.

"We just made it in the end and it set us up for the podium."

Gore explained that he didn't have the pace to hold off polesitter Feller, who became the second Abt driver to claim victory at Imola after Rene Rast had beaten Gore's team-mate Nico Muller in race one.

"Abt has had a bit of an advantage over us this week," he said.

"I don’t think that we would have managed a top 10 [in qualifying] today even if we had got the lap perfect, that was strictly an Abt thing today.

"You could really see, we have data from minisectors that all the Abt cars had the potential there, but it was only Ricardo who put the lap together.

"It was I think more just a mega lap from him than something [innate] with the car, it was a really impressive performance."

Gore added that Auer's defence against Wittmann "did us a favour", as he believed the M4 GT3 "had a lot of pace today".

Arjun Maini was also delayed early on avoiding Vanthoor, and attempted to employ the same tactics as Gore by pitting on lap five.

However, the Haupt Racing Team Mercedes driver came in fractionally before the pit window opened, meaning although he took the restart ahead of Gore in third, he would have to stop again.

The Indian, who claimed fourth in race one at the Lausitzring last month, eventually finished last of the classified finishers in 18th.

His team boss Uli Fritz told Autosport: "We are still analysing it, in the end we have maybe not been greedy enough.

"He could have maybe taken more speed out for the line, but it’s still dangerous and maybe also not really in the spirit of the regulations.

"He was maybe three seconds short, and that obviously was just really a bad thing because he had the pace.

"I think he could have finished on the podium for sure, he would have deserved it. 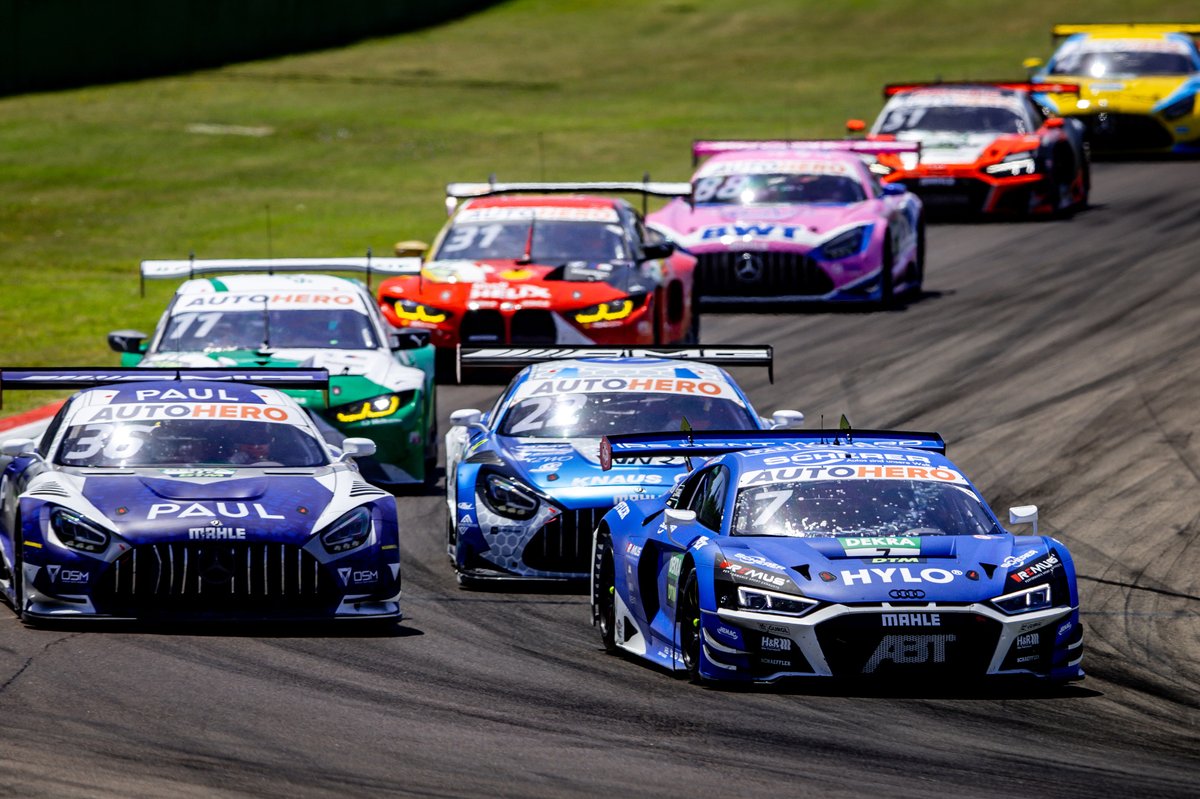