Mercedes driver Pascal Wehrlein is the 2015 DTM champion, having secured the title in a scrappy Hockenheim race won by Audi's Timo Scheider

Formula 1 reserve driver Wehrlein crossed the line in eighth, more than enough to wrap up the championship with one race to spare, as the men looking to snatch it from him had days to forget.

Mattias Ekstrom started the race best of the group in seventh, but was slow off the line and then turned around at the hairpin by Robert Wickens on the third lap, before charging back to ninth.

Bruno Spengler made a fast start from 18th to run ninth early, but was handed a drive-through penalty for first-lap contact with Adrien Tambay and eventually retired.

That all meant Wehrlein would have won the title regardless.

He dropped from 13th to 16th on the first lap, after a slow start and running wide at Turn 2, but progressed over the remainder of the 40 minutes, despite some hairy moments while fighting BMW's Martin Tomczyk.

A day before his 21st birthday, Wehrlein becomes the youngest-ever DTM champion.

One of the oldest drivers in the field, 36-year-old Scheider dominated the race.

From second on the grid, he grabbed the lead from polesitter Maxime Martin early, then romped away to lead by nearly five seconds, before winning by 2.8s.

Having started the day 23rd in the standings, Scheider's victory is his first since October 2010.

Jamie Green got past Martin and finished second, his first podium since the Lausitzring round in May.

The race was delayed by a safety car period following a clash between Gary Paffett and Molina, which forced the Brit out of the race. 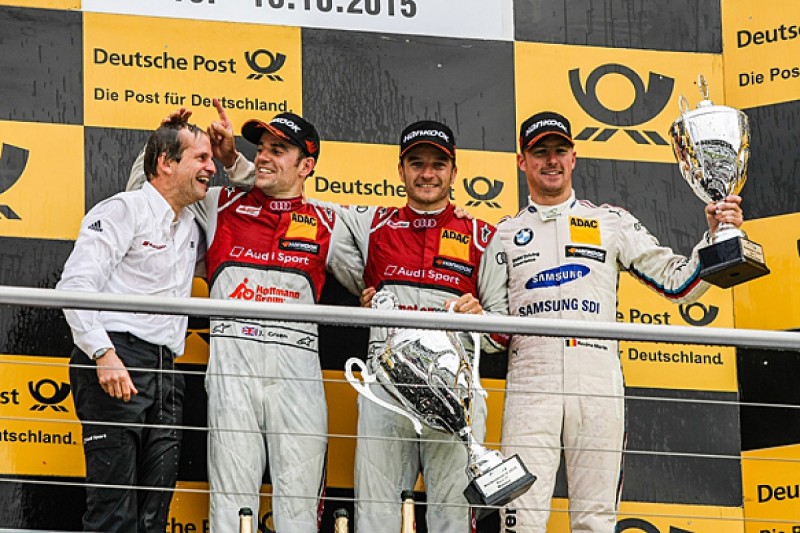