Having set the benchmark on Tuesday with a time of 1m43.840s, Haupt Racing’s Gotz managed to find another half a second on Wednesday to continue Mercedes’ reign in the DTM’s final pre-season test ahead of the start of its new era at Monza next month.

As the cars headed out on a dry Lausitzring circuit following intermittent rain on Tuesday, Gotz’s previous effort was quickly eclipsed by Mercedes compatriot Arjun Maini, the GetSpeed driver lapping the circuit in 1m13.816s to grab the top spot early on in the two-hour morning session.

Later on, Albon managed to go even quicker in the AlphaTauri-liveried Ferrari, moving comfortably clear of the rest with a time of 1m43.468s as Mercedes and Ferrari drivers traded the top spot in the timesheets.

Gotz sat just over two tenths adrift of Albon in the opening half of the day, but was able to return to the top with a 1m43.382s 45 minutes into the afternoon session, before improving further to 1m43.311s to end the day the quickest of all.

Albon settled for second position, while Liam Lawson - who skipped Tuesday’s running to allow Nick Cassidy to gain testing mileage - made it two Red Bull-backed Ferraris in the top three with a time of 1m43.651s. 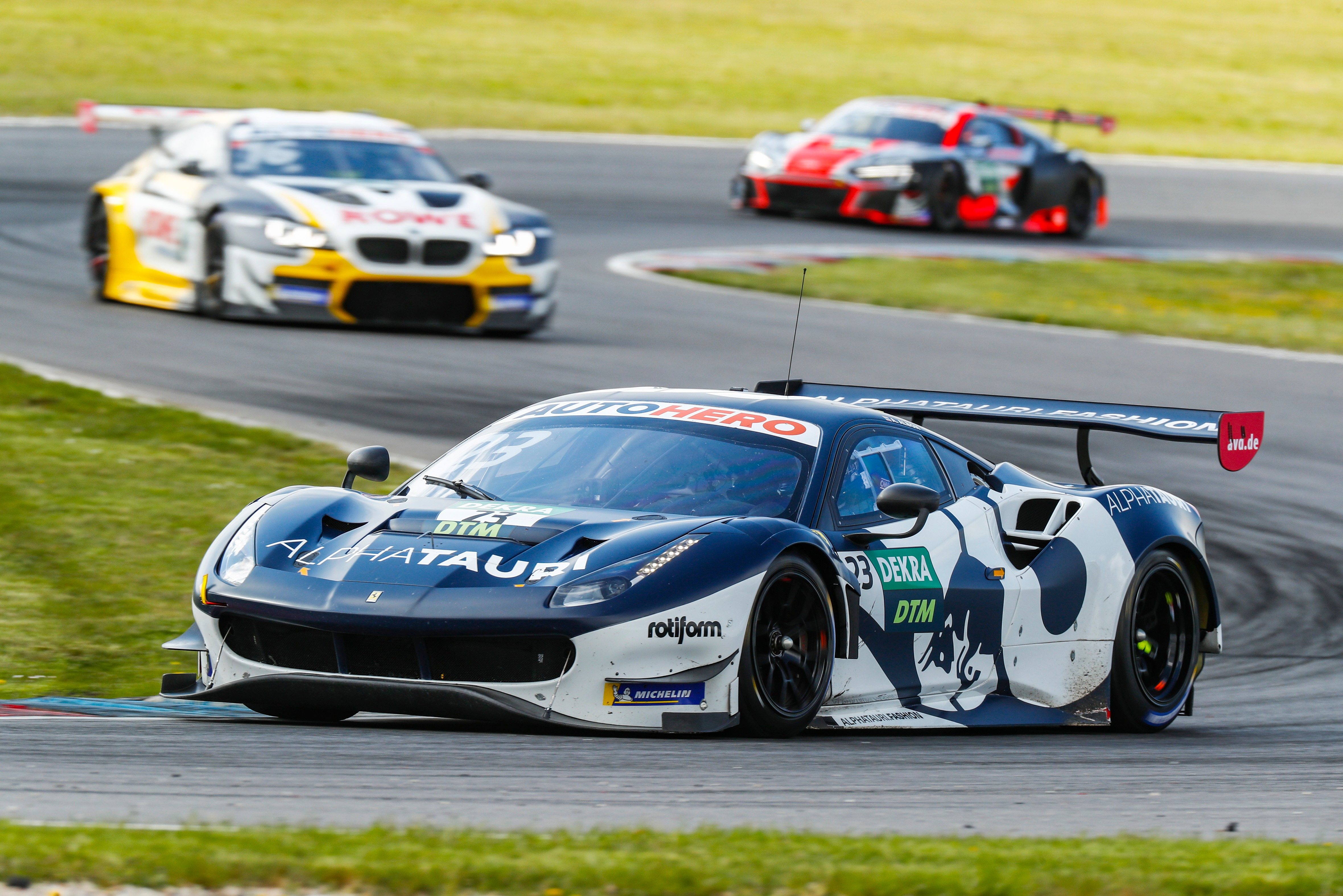 Vincent Abril was classified sixth in the second of the HRT Mercedes cars ahead of Maini, while Team Abt’s Mike Rockenfeller was Audi’s top driver in eighth with a time of 1m43.816s.

Nico Muller’s time of 1m44.000s put him ninth in the day’s combined order in the Team Rosberg Audi, while two-time champion and series returnee Gary Paffett rounded out the top 10 with his best effort of 1m44.098s.

None of the BMW entrants finished inside the top 10, with 2014 and ‘16 title winner Marco Witmann the Munich-based marque’s best representative in 12th - over 1.5s off the pace set by Gotz’s Mercedes.

To assist DTM’s partner AVL Racing in determining the BoP for the new season, a separate 20-minute session was held during the middle of the day where cars were required to go out on track with 30kg of fuel and fresh tyres.

Auer topped the BoP run with a time of 1m43.597, pipping Albon’s Ferrari by 0.021s as Muller made it three different manufacturers in the top three.

The Lausitzring DTM test continues on Thursday but several drivers and teams are expected to skip the running to take part in this weekend’s Formula E and Nurburgring 24 Hour events.