Gary Paffett will lead ART Grand Prix's driver line-up in 2015, as the team embarks on its first season of DTM racing with Mercedes

The Briton, who has been part of Mercedes' main HWA squad since 2009, has made the switch to the DTM newcomer where he will partner series rookie Lucas Auer.

According to Paffett, his switch will not only help ART get up to speed quicker, but give him some fresh motivation after a tough 2014 season.

"They wanted an experienced driver to help them get up to speed as quickly as possible," Paffett told AUTOSPORT.

"They are incredibly competitive in everything they do, and their technical ability is very high, so I have no doubt that they have the ability to, at the very least, compete with HWA. And hopefully with my help they can get up to speed quickly and start winning races.

"Once the opportunity came up I pushed for it. I wanted to have that job of trying to help build the team. And I see the possibility for us to be the leading Mercedes car and be winning races.

"It's not a step for me just to help a team, it's a step that I feel will benefit all of us. It's a good move for me. 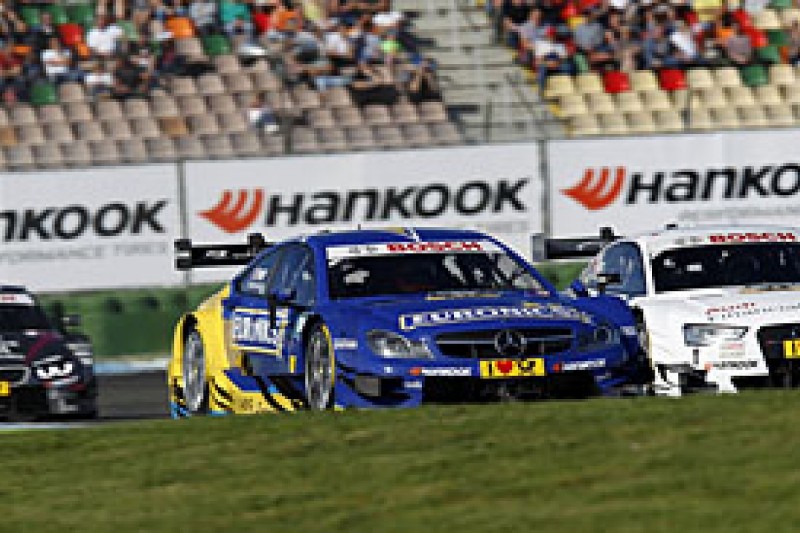 "Especially last year, it was a very difficult and challenging season for all of us. I think a bit of a fresh start is motivating for everyone, including myself, and it's a new challenge.

"That will drive us forward. The guys at ART will be so motivated to prove what they can do."

Mucke Motorsport, meanwhile, will continue to run Daniel Juncadella, with the Spaniard set to be joined by newcomer Maximillian Gotz.

That means that Vitaly Petrov, who was the only DTM driver who failed to score a point in 2014, is without a drive.