The championship will introduce a new specification of machinery next year, and its three manufacturers have started testing hybrids with new parts fitted to existing cars.

Following sessions at Oschersleben and the Algarve circuit, development is continuing this week at Jerez, alongside the DTM's traditional young driver sessions, which are headlined by Audi LMP1 refugee Loic Duval.

After sampling Mercedes' test mule for the first time at Jerez, Paffett is encouraged by what the raft of changes could mean for the racing.

"The changes mean a bit less downforce, but the tyres will have slightly more grip," Paffett said.

"That should make it possible to get closer to the guy in front, so racing should be that bit more exciting, and also lead to more overtaking manoeuvres.

"It should also prove interesting as regards to strategy.

"The changes are definitely positive, all in all." 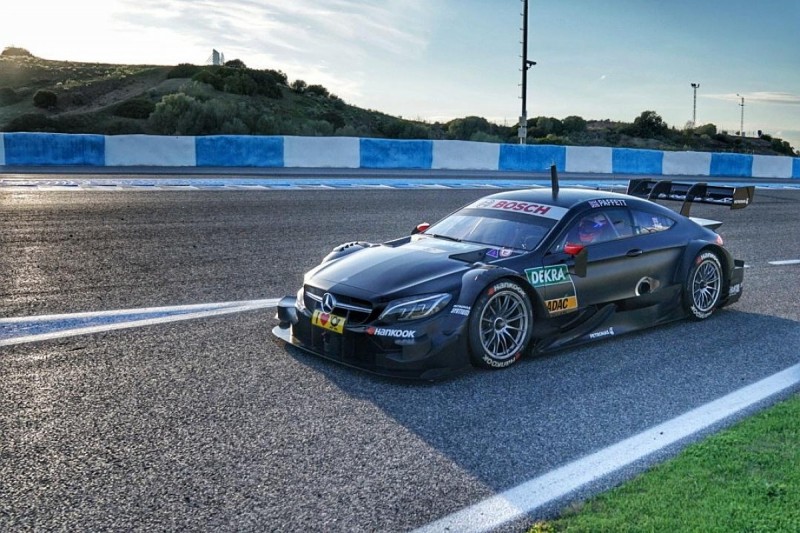 Paffett handed the hybrid Mercedes over to Robert Wickens on Wednesday, while Audi has Mattias Ekstrom and Jamie Green on duty.

"We are, of course, still at a relatively early stage of development," Paffett said.

"We're driving a sort of hybrid vehicle with some new parts, but the aerodynamics package is still mainly from 2016.

"The tyres feel good and will ensure plenty of exciting racing.

Mercedes recruit Edoardo Mortara is also at Jerez, testing for the first time since his switch from Audi.