The reigning Formula 3 European champion was called up by Mercedes to replace Esteban Ocon, when Ocon was signed by Manor for the balance of the Formula 1 season.

While Rosenqvist has since officially been a round-by-round prospect in the DTM, Mercedes has now confirmed he will contest the final two events at the Hungaroring and Hockenheim.

"Felix has shown a very strong performance in the last four races and even exceeded our expectations," Mercedes' Ulrich Fritz said.

"Therefore, we decided to also let him compete in the remaining DTM races this season. He has definitely earned it."

Rosenqvist has also raced in Indy Lights this year and in GT events with Mercedes.

The 10th the Swede scored in his first start at Moscow Raceway remains his best DTM result, and he has qualified in the top 10 twice. 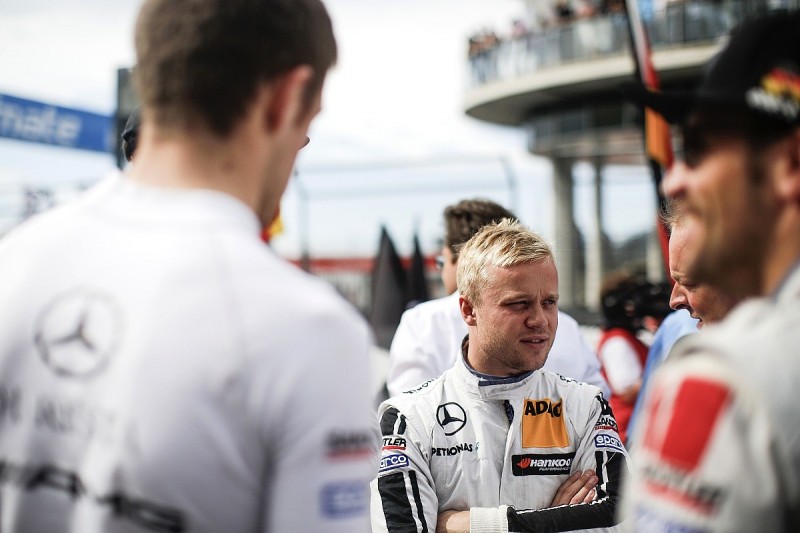 He could end up crossing paths with his former Formula 3 rival Antonio Giovinazzi again at Hockenheim.

Two-time DTM champion Mattias Ekstrom has indicated he could miss the finale to aid his World Rallycross title bid, and GP2 racer Giovinazzi, second to Rosenqvist in last year's F3 points, would be Audi's obvious replacement.

Giovinazzi was called up to stand in for the suspended Timo Schieder in Russia in 2015.

Autosport understands Giovinazzi was invited to drive at Zandvoort this year when Adrian Tambay was injured, but the Italian was unavailable at short notice so Rene Rast was given the nod instead.