The DTM’s all-electric prototype will complete several laps of the Red Bull Ring this weekend with a driver remotely controlling the car from a facility located over 80km away.

At last year's Hockenheim finale, the DTM unveiled a 1200bhp electric car that could form the basis of a new series beginning 2023, potentially incorporating automated battery changes during pitstops.

The prototype will make its second public appearance in Austria on both Saturday and Sunday, but without a driver sitting in the cockpit. Instead, reigning DTM Trophy champion Tim Heinemann will guide the car from a simulator located at AVL Racing's facility in Graz, 82km from the Red Bull Ring.

This is made possible by Schaeffler's drive-by-wire system, which uses electric impulses to control the wheels.

Since there is no need for a physical link between the steering column and the transmission, the technology allows drivers to control the car from a remote location.

A version of the drive-by-wire system, dubbed Space Drive by Schaeffler, is already used in the cars of Timo Glock (BMW), Sophia Floersch (Audi) and Maximilian Buhk (Mercedes), but with the driver sitting inside the cockpit at all times and controlling the car with a steering wheel.

The DTM has roped in several partners to make the demo run a reality, with American IT giant Cisco using the latest 5G technology to ensure an uninterrupted connection between the remotely-controlled car and the simulator.

The series said the driver should always make the difference between winning and losing, but it could imagine incorporating autonomous or remote-control technologies in the future. It said these systems could be used when it needs to enhance safety on track, or to ensure all drivers are treated fairly under a safety car intervention. 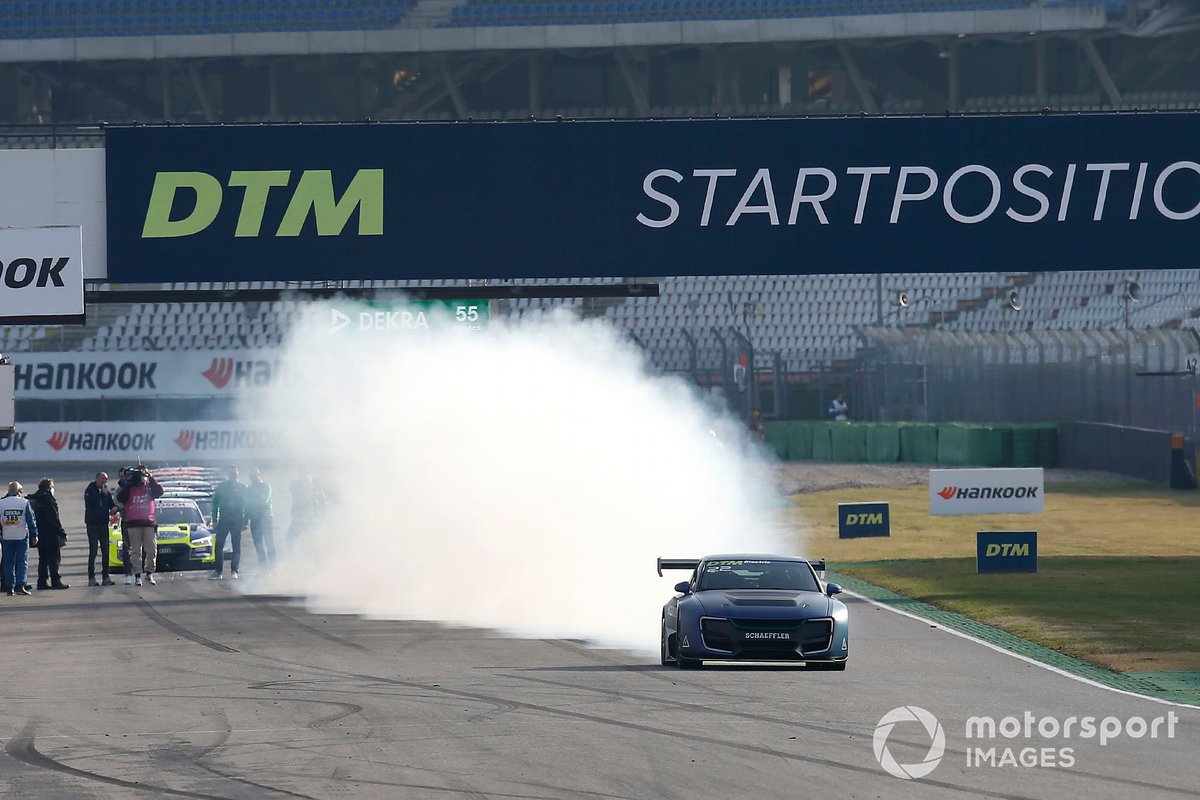 "The DTM Electric Remote Run is the next step on the way towards a fully electrified high performance race series," said Benedikt Bohme, managing director of the DTM organisation ITR.

"The project is showing elements that in future could be used in a fully new, global, electrifying race series like we want to establish with DTM Electric alongside the proven DTM. Moreover, it shows which innovation power our platform has for developments aimed at mobility of the future."

"The operation in extreme conditions during the Remote Run is proof of the high maturity level of our technology and is a decisive step forward in the development towards series-production stage.

"The Space Drive system that has been implemented in the DTM Electric concept car is a key technology for autonomous driving, excellently proven with over a billion of kilometers completed on public roads. We would like to thank all partners who have contributed to this project."

Lawson won't cut back on aggression after Nurburgring DTM crashes