The DTM is set to rely on a single tyre compound for the 2021 season under GT3 regulations, opting for the medium rubber from Michelin’s range.

Michelin had originally advocated the hard S9 compound to the DTM after being announced as the series' official tyre supplier in March.

However, due to concerns over limited degradation leading to monotonous races, the DTM is giving preference to the medium S8 tyre and used it extensively in the Lausitzring test last week.

It is understood that the championship will not provide teams with the option of using multiple compounds this season, instead opting for single-spec rubber.

While two different tyre compounds would have brought another strategic element into play, teams were against the idea due to limited testing opportunities available to gain a good understanding of both tyres.

Use of more than one compound would have also complicated matters for AVL Racing, which has been signed as a partner to help determine the BoP for the DTM's first season under GT3 rules.

"We currently have two tyre compounds available, but we will opt for the softer one as standard," DTM boss Gerhard Berger told ran.de.

"If there should be a race where the temperatures go way over the top or the tyre load is so high, then we have that option. But I expect that we will go the whole season with the softer one." 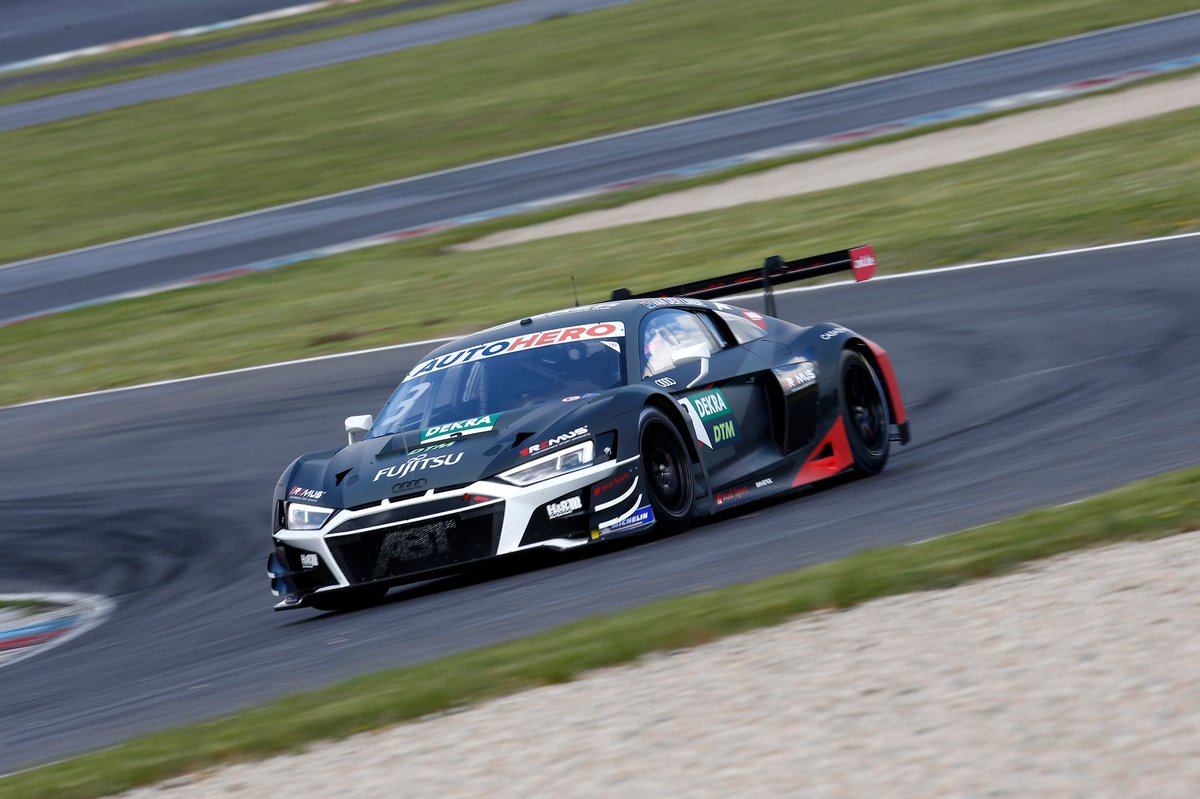 He also noted that it takes a while to build the heat up inside S9 tyres, which could pose a safety concern in low temperatures.

"The S8 typically being the softer tyre we are seeing a lot more degradation than the S9," said van der Linde. "At the same time we are seeing a better tyre heat up especially in the cold months now, it's helping us a lot, so it's a lot safer

"The S9 can be very very sketchy when you're getting out of the box.

"Probably in the summer months S9 maybe would be a bit better on tyre heat up but let's say for me racing wise S8 is probably a better tyre just purely because we are going to see some degradation and I think we need degradation to have good racing.

"With GT3 obviously with ABS every driver is at a certain limit of the braking zone, it's not much that you can do to outbrake another guy with an ABS device, so you really try and focus on saving tyres in a better way than other guys and maximising that if you see a tyre drop from other cars.

"I think for me it's more a safety concern with the S9. You will probably see a very ragged first lap of the race on S9. From a driver's perspective I'm leaning towards the S8."

Michelin also has an even softer S7 tyre compound in its range but it has been ruled out for the 2021 season.

"The seven is even better performing and softer but with the tyre you have more wear," Mercedes' customer racing chief Thomas Jager explained. "And that could be a problem with aggressive surfaces because you have to take tyres into the next [race] weekend. You want people to drive in the practice sessions."