At the start of the race, Cassidy led cleanly from pole position into Turn 1 but fellow front-row starter Nico Muller was swallowed up by Abt Audi duo Ricardo Feller and Rast and dropped to fourth.

Cassidy’s team-mate Felipe Fraga was next on a charge and left it as late as possible to hit the brakes into Turn 3, but got involved in a multi-car chaos at the exit of the corner, suffering a terminal tyre puncture in the process.

This allowed sixth-place starter Bortolotti to join the fight, the Grasser Lamborghini driver passing Feller on a frantic opening lap to put himself directly behind title rival Rast.

For the remainder of the first stint, Bortolotti shadowed the Audi of the three-time champion, the two drivers never separated by more than half a second as Cassidy pulled out a comfortable two-second lead at the front of the field.

Rast was the first of the frontrunners to make a pitstop - although relatively late by DTM standards - diving into the pitlane at the end of lap 25.

Cassidy and Bortolotti followed suit the following lap, both completing their respective mandatory stops together in hope of remaining ahead of Rast. 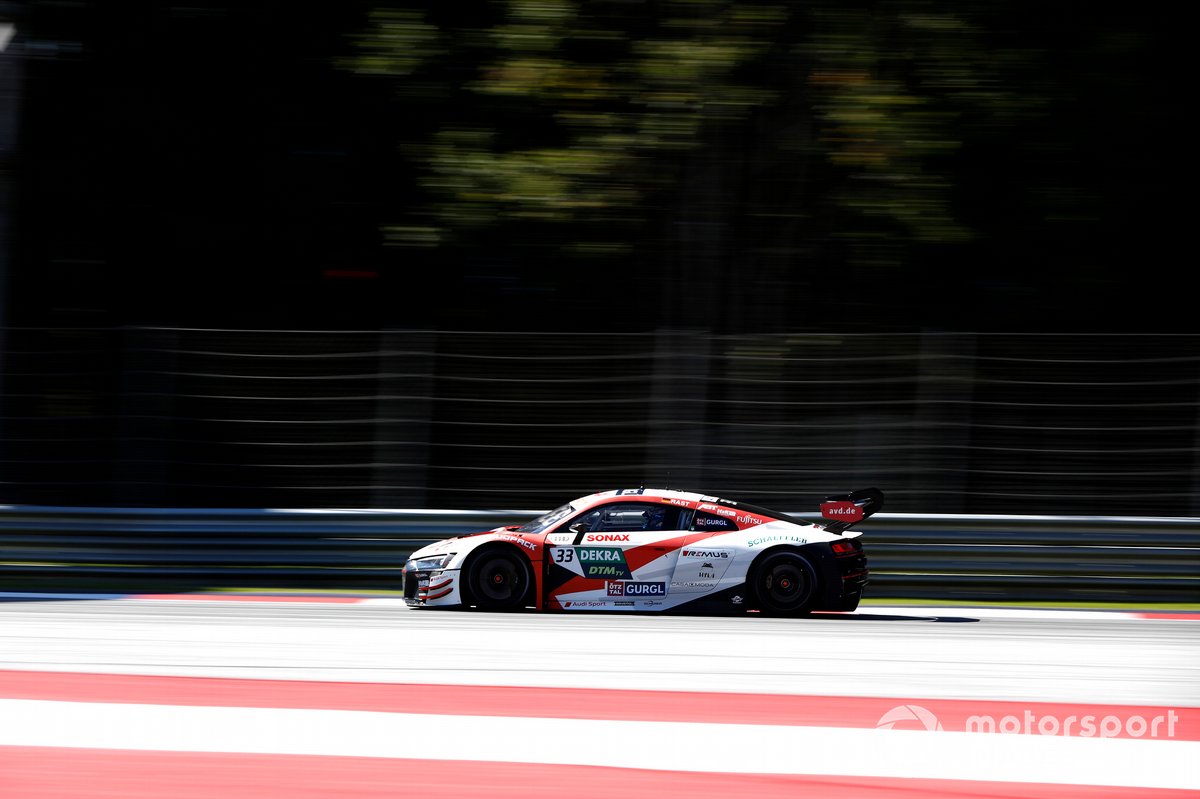 Cassidy rejoined the track with an extended three-second lead over Rast, but a problem in fitting the front-left tyre on Bortolotti’s Lamborghini left the Italian driver with no chance of overcutting his title rival.

From there on, Cassidy cruised to the chequered flag to score his second successive victory in the DTM, and third for Red Bull on home soil following Liam Lawson’s double success last year.

Rast eventually finished more than three seconds clear of Bortolotti, with the Italian driver having to fend off Lucas Auer’s Mercedes after his pitstop.

However, both drivers gained a heap of points over championship leader van der Linde, who struggled to 11th place in his Schubert Motorsport BMW.

Rast now faces a reduced 13-point deficit to the South African with three races to run, while Bortolotti - who celebrates his first podium finish since the summer break - is only 20 points behind in the standings.

Fourth place in the race went to Muller after a lengthy battle with the Team Bernhard Porsche of Thomas Preining that saw the pair trade paint multiple times at Turn 3.

Ultimately, Preining was hit with a 10-second time penalty, likely for forcing Muller off the track into the same right-hander, allowing the Audi driver to secure fourth position. 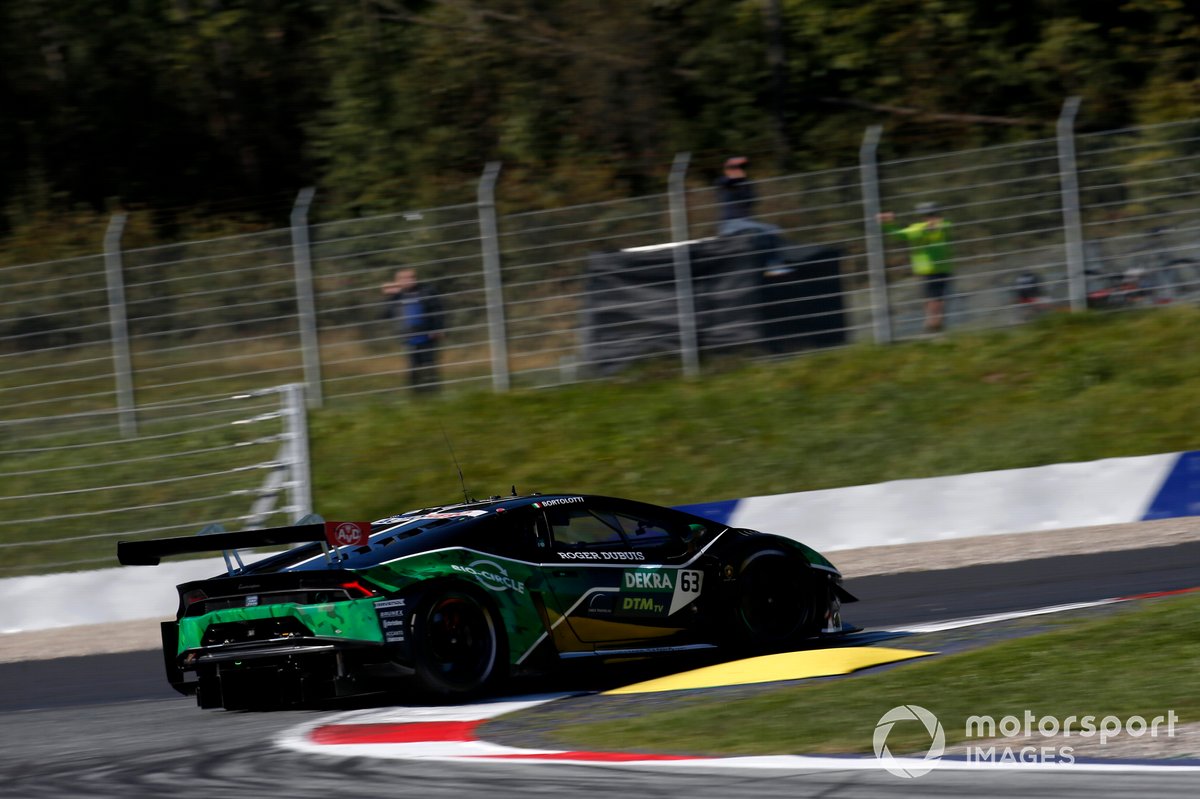 Abt Audi's Kelvin van der Linde was one of the last few drivers to complete his stop and jumped to fifth at the finish, ahead of a train of Mercedes cars led by GruppeM’s Maro Engel.

Reigning champion Maximilian Gotz finished right behind Engel in his Winward AMG GT3 in seventh, although the two were briefly in a four-way fight with Muller and Preining for a net fourth place.

Luca Stolz finished eighth for HRT Mercedes, while a 10-second penalty for speeding in the pitlane dropped Gotz’s teammate Lucas Auer from fourth to ninth at the finish.

Preining picked up the final championship point in 10th after 10 seconds were added to his race time, finishing just over a second clear of Sheldon van der Linde.

All BMWs failed to finish inside the points at the Red Bull Ring, with van der Linde’s team-mate Philipp Eng only 12th and Walkenhorst’s sole-surviving driver Marco Wittmann classified 14th.