The DTM will transition itself to a spec GT3-based championship in 2021, seemingly abandoning its push to beef up the cars to 600bhp 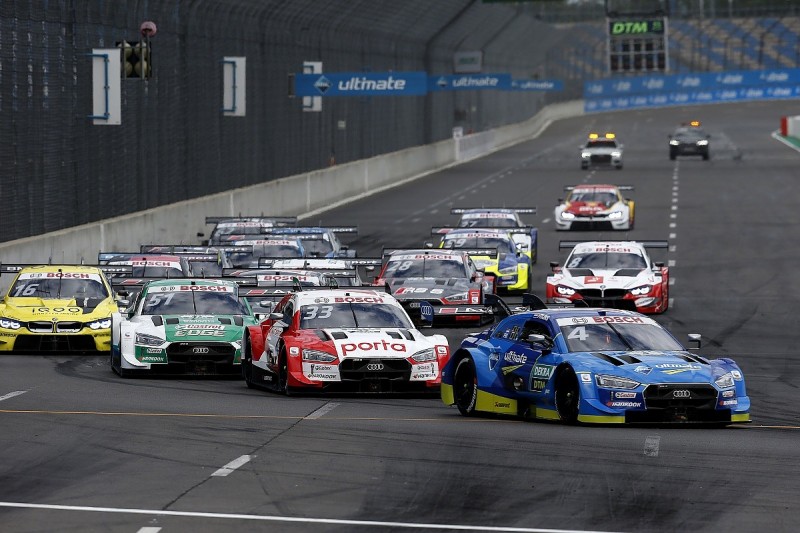 The touring car championship released a draft of GT Pro regulations in September that featured beefed-up 600bhp cars that allowed for standings starts but no driving aids such as ABS and traction control.

However, having already agreed to rolling starts and driving aids in the face of resistance from manufacturers, the DTM made no mention of upgrading the cars to 600bhp in a press release issued on Friday.

ITR chief Gerhard Berger was coy about whether a 600bhp was on the cards for 2021 in a press conference held to announce the next era of the DTM.

The announcement was made on the eve of the 2020 season finale at Hockenheim, where the DTM also revealed that it will introduce a system of success ballast on top of a Balance of Performance system. As per the rules, the top three drivers in the championship will receive handicaps of 25kg, 18kg and 15kg respectively for the following race.

Other aspects regarding the DTM will remain the same, including the weekend format of two 55-minute races, and no driver changes.

It was also announced that the DTM platform will be expanded to include five pillars: DTM, DTM Trophy, DTM Electric, DTM Classic and DTM Esports.

From 2023, a new support category featuring fully-electric cars will be introduced by the series with the DTM running a demonstration vehicle at Hockenheim this week, before building a first prototype model of its 'E-car' next year. 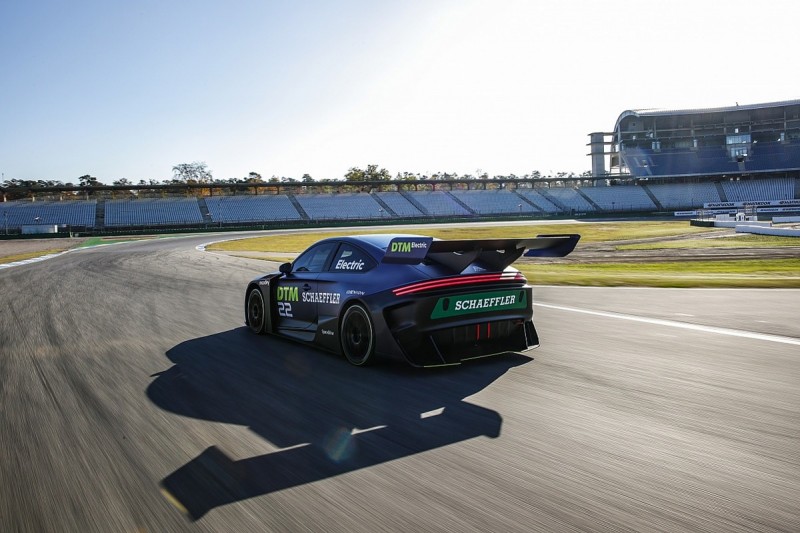 The development work has been carried out by the DTM's promoter ITR along with Schaeffler, which is also involved in the series as a sponsor of Marco Wittmann's BMW.

The DTM said it is planning 30-minute long sprint races for the electric series with the 'possibility of automated battery changes during the mandatory pitstop'.

The DTM's Classic events will feature cars from the series' own history, as well as those from Formula 1 and sportscar racing's fabled Group C era.

"Motorsport and the mobility sector are in a transition phase," the DTM's boss Gerhard Berger said. "Therefore, we are now implementing a progressive diversification of our series' portfolio for a conscious future that combines the highest demands and innovative trends. We will maintain the DNA of the legendary DTM with fascinating wheel-to-wheel motorsport.

"Traditional motorsport for young and old will remain a fixed element of the DTM platform, from the DTM Trophy via Classic races to DTM Esports. As a separate race series, the innovative and fully-electric DTM Electric is to be added in the near future.

"All in all, it is a strong package with five high-quality elements with which we will lead the DTM platform into a multi-faceted future."

The DTM also announced a nine-round 2021 calendar that will kick off at Igora Drive in Russia, an event that was originally planned for 2020 before being called off during the coronavirus crisis.

Norisring will return to its usual slot in July, while the DTM will also visit the Red Bull Ring in Austria next year.

Spa-Francorchamps, which was a surprise addition on the 2020 calendar, will not be present on next year's schedule.

Berger: Nordschleife DTM round "a possibility" in the future