Auer held a dominant lead in the early stages, his time of 1m37.564s putting him six-tenths ahead of Mercedes teammate Gary Paffett.

However, the Audi cars had delayed their opening runs - and soon it was Nico Muller edging Auer by 0.08s, with Team Rosberg drivers Rene Rast and Jamie Green slotting into third and fourth.

After a mid-session lull, the field only rejoined in the dying stages with improvements, mainly from Mercedes, coming in only during the final minute.

Last year's race one victor Di Resta lowered Muller's benchmark by a tenth with a 1m37.349s, but Auer was on course to beat the Scotsman as he set a fastest first sector.

However the Austrian's lap was ruined when he ran wide at Turn 9 and he failed to improve. 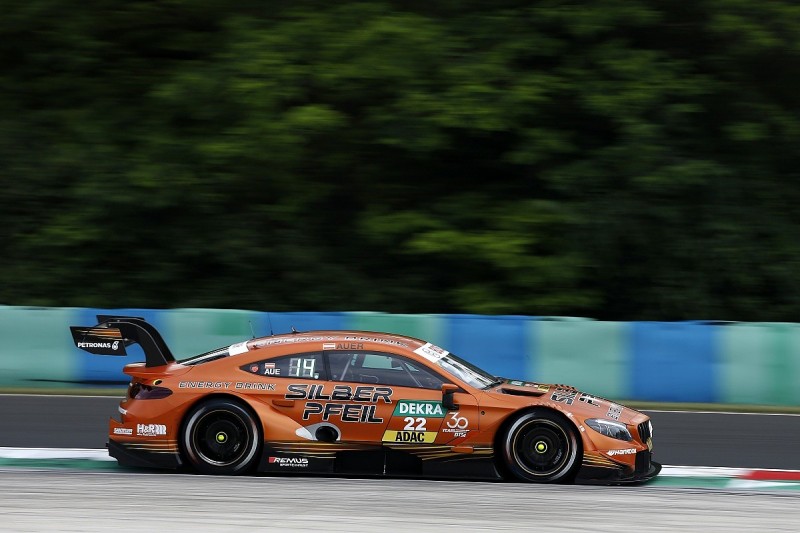 With nobody else challenging for pole, di Resta ended up on top ahead of Muller and Auer.

Rast and Green were unable to improve, and while Rast held on to fourth, Green dropped behind Mercedes duo Edoardo Mortara and Daniel Juncadella to seventh.

BMW had a low-key session, with Augusto Farfus leading the manufacturer's efforts in eighth, more than half a second off the pace.

Paffett took ninth, but still fared better than his championship rival and points leader Timo Glock, who was only 16th, ahead of Lausitzring polesitter Philipp Eng.

The top 10 was completed by BMW's Bruno Spengler.