Paul di Resta converted his pole position into victory in the Saturday DTM race at the Hungaroring, half a second ahead of fellow Mercedes driver Lucas Auer

Starting from pole, Di Resta led off the line with Auer temporarily stealing second place from Nico Muller at Turn 2 before the Audi driver fought back a corner later.

Both di Resta and Muller built a lead of around a second in the next five laps when Auer pitted.

Di Resta only reacted three laps later and, although he rejoined ahead despite a sluggish stop, Auer on warmer tyres easily overtook him at Turn 2.

Muller changed tyres a lap later and despite leading out of the pits, Auer was again able to make a move.

However the Scotsman quickly closed in on his teammate and Auer did not resist when Di Resta moved past him before Turn 2.

With his lead not in danger for the last 15 minutes, Di Resta took the chequered flag in Hungary for the second year in a row and gave Mercedes its fourth win in five races this year.

Rast was second behind Mercedes driver Edoardo Mortara when the leading trio pitted and, after both he and the Italian also changed tyres, the reigning champion took the position with a forceful move. 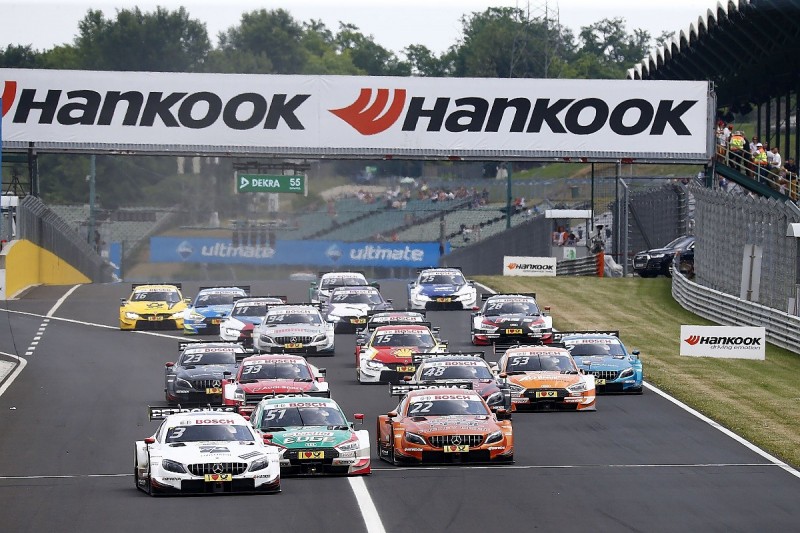 Gary Paffett progressed from ninth on the grid to finish sixth and reclaimed the championship lead from Timo Glock, who managed only 14th on a disappointing weekend for BMW.

Audi pair Robin Frijns and Loic Duval stayed out significantly longer than the rest of the field and enjoyed superior pace in the dying stages of the race to end up seventh and eighth.

He was closely followed by Daniel Juncadella, who fended off the third late-pitting Audi of Mike Rockenfeller for 10th.

BMW's best-placed driver, Bruno Spengler, could only manage 12th, following Green's ploy of pitting on the first lap of the race.

The rest of the Munich manufacturer's line-up filled the final five positions.