Each of the series' three manufacturers have been allowed to enter a seventh car on a one-off basis for a non-championship driver this season.

Audi ran two-time champion Mattias Ekstrom at the Hockenheim season opener as part of his series farewell, Alex Zanardi drove for BMW at Misano - finishing fifth in the second race - and Ogier will team up with Mercedes at the Red Bull Ring this weekend.

The DTM has regulations in place that do not permit guest drivers in the final three rounds of the season for fear of disrupting the title fight.

But the DTM commission voted through a unanimous decision to overlook this in the case of Ogier, given his global status.

A DTM spokesperson told Autosport: "The rule that [is] in place is that a guest driver shall not participate in the race at one of the last three DTM meetings, that is what's in the sporting regulations.

"But there has been a unanimous decision of the DTM commission, where also the three manufacturers are members, and the decision that it will be agreed to the guest drive of Ogier.

"Spielberg is the only occasion where he is available according to his rally schedule.

"Everybody was agreeing that this would be a big effort to have him as a guest driver and there was the promise to Mercedes to have one guest driver during the season too.

"At the end of they day, everyone agreed to let him participate." 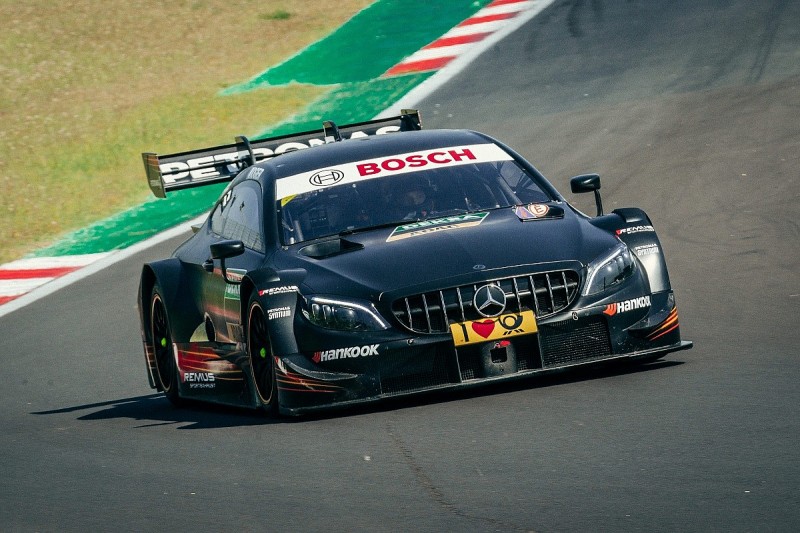 Ogier, who is third in the WRC standings after retiring from Rally Turkey, tested a Mercedes C63 at Vallelunga last month in preparation for his guest appearance.

DTM boss Gerhard Berger added: "We made an exception and everyone agreed so it isn't a problem.

"Things like this we can ask for if all three manufacturers have the same opinion. Then if they have no problem, we can do this."

Mercedes DTM boss Ulrich Fritz, who said Ogier had "amazed" the manufacturer in his test, explained that Mercedes could have entered Ogier at Misano but did not want to draw attention away from Zanardi's outing.

"There was a very long discussion about it, and I have to say thank you to BMW and Audi who from the beginning said they would support it," said Fritz.

"We are doing these guest starts because we want to help DTM.

"We were quite sure we wanted to do it with him [Ogier], it was just a matter of that there was no other time available other than the Red Bull Ring and Misano.

"We didn't want to jump into the guest race for Alex [Zanardi at Misano] because that is also not what we want to do, and therefore everybody agreed on doing the Red Bull Ring."

Ex-F1 driver Pascal Wehrlein to part with Mercedes after 2018