The steering committee made up of representatives from the DTM, Super GT and United SportsCar Racing sanctioning body IMSA, which is overseeing the drive towards common regulations that could be used across three continents, has announced that it is considering the move.

The committee has also discussed holding a stand-alone event in the US in 2016 as a precursor to the launch of what has been dubbed 'DTM America' in 2017.

The Asian race would pitch the latest breed of turbocharged Super GT machinery against DTM cars powered by normally-aspirated V8s, which would likely involve some kind of performance balancing.

The announcement was made after a meeting of the steering committee at the Daytona International Speedway ahead of the opening round of the USC last weekend.

"With the planned first joint on-track appearances, the first results of this constructive collaboration also will become palpable for the fans."

The Japanese Super GT series has moved its chassis regulations closer to those of the DTM with the introduction for 2014 of a new formula [pictured], which incorporates many of the philosophies of the latest DTM rulebook. 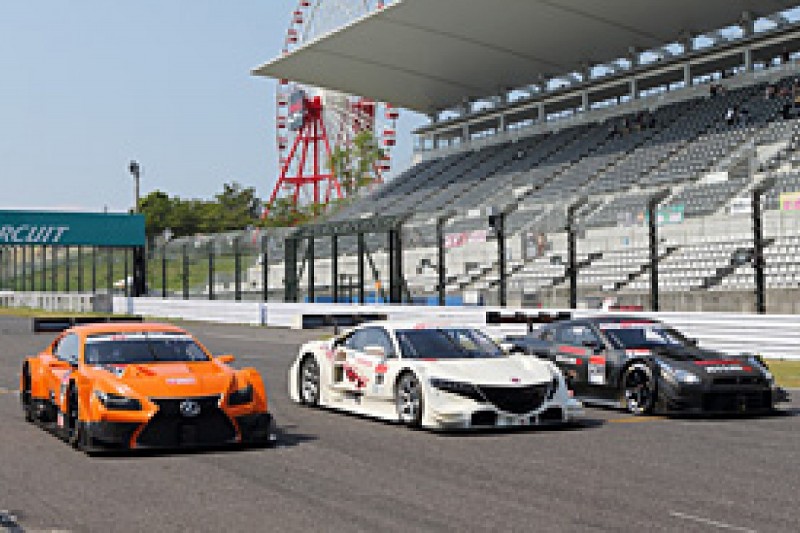 At the same time, the German-based series is working on switching from normally-aspirated V8s to small-capacity direct-injection turbo engines similar to those that will be used in Super GT from this season.

Aufrecht had stated that a target of 2016 was in place for the introduction of the new engines, but the manufacturers have now said that 2017 is more realistic.

BMW Motorsport boss Jens Marquardt, who was present at the steering committee meeting at Daytona, said: "We are now thinking more of 2017, because we have to think about the costs.

"If you only have a short amount of time to develop an engine, you will spend a lot of money."

DTM America 'needs' US manufacturer, according to Audi and BMW